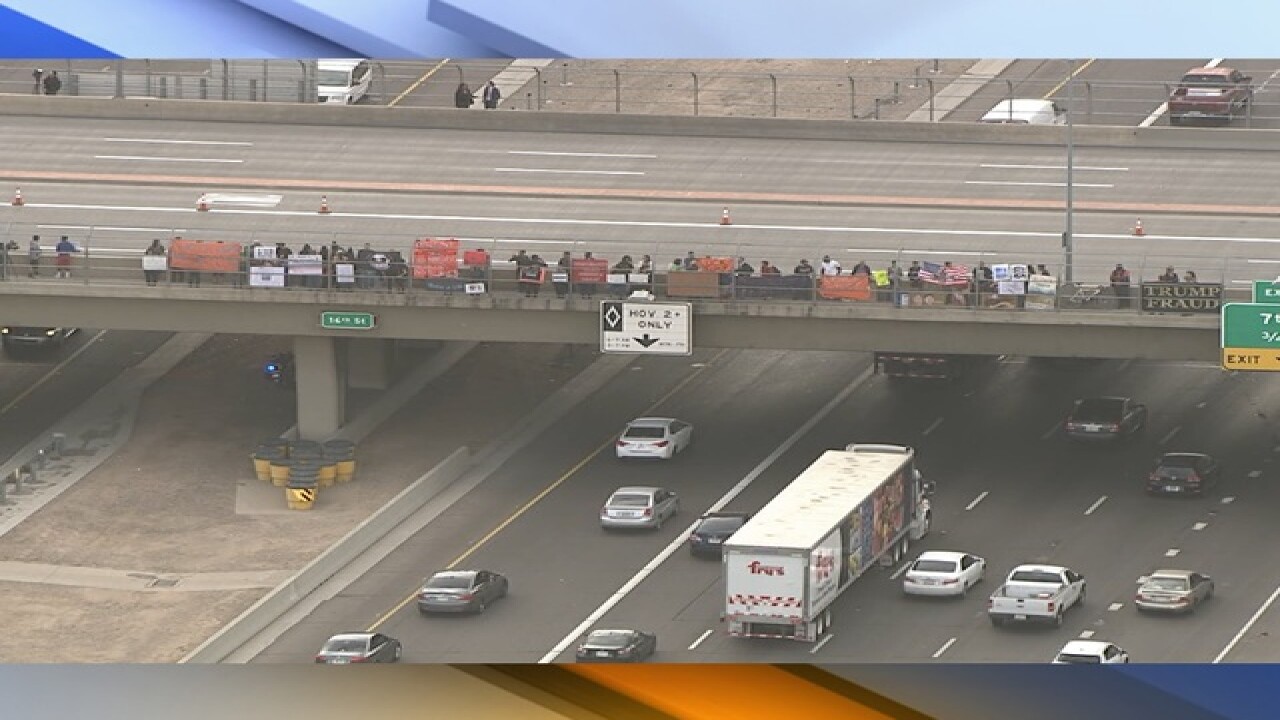 A group of protesters lined 16th Street over the I-10 Friday afternoon with signs, to protest President Trump’s immigration policies.

Valley agencies closed traffic ramps from Interstate 10 to 16th Street before the group arrived in preparation, but the protesters have so far made no attempt to try to enter the freeway ramps.

The protest was promoted on social media to start at 4 p.m. a block away from the freeway.

In a Facebook invite called “Anti-Fascist march and #General Strike,” the organizer urged people to meet at Los Altos Ranch Market, near Roosevelt and 16th streets, at 4 p.m. on Friday.

According to a description on the page, they’ll be standing up for all immigrants, documented and undocumented.

DPS and Phoenix Police confirmed to ABC15 they "have a plan in place to work with other law enforcement and governmental partners."

So far no injuries and no arrests have been reproted as part of the protest.

Traffic on the main lanes of I-10 are flowing normally as of 5 p.m.