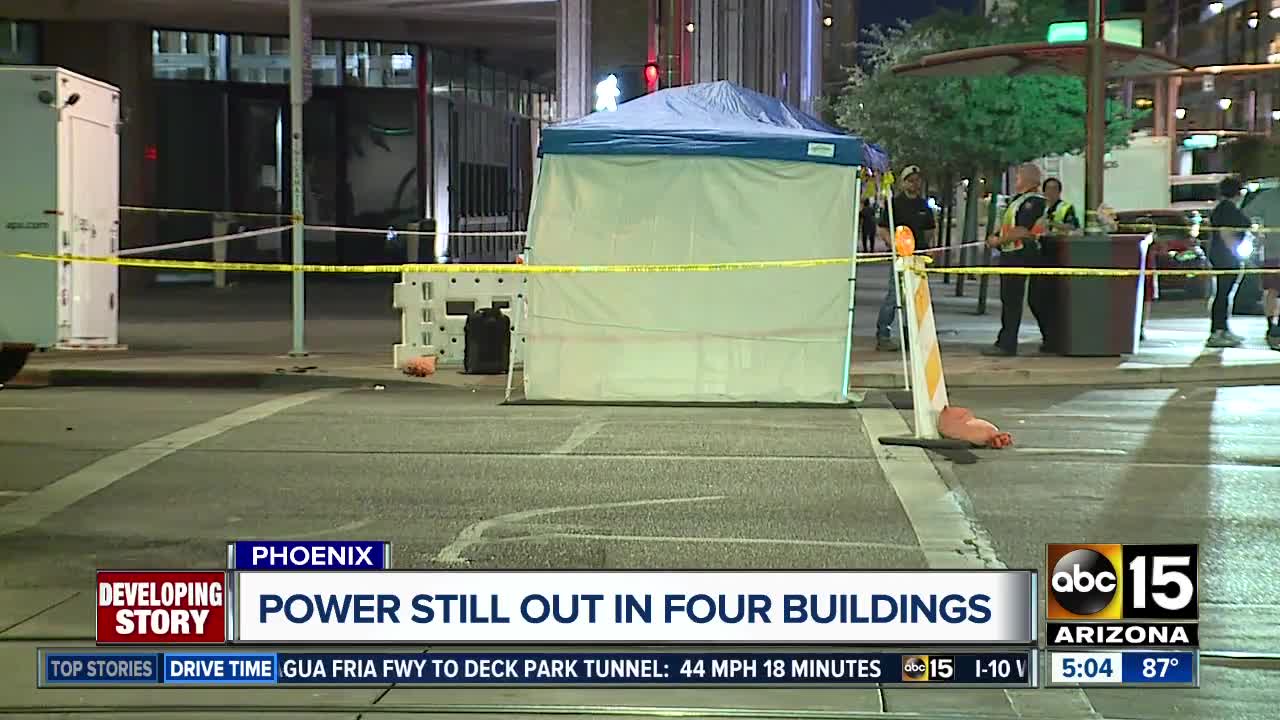 Several buildings are still without power following a deadly fire in downtown Phoenix.

PHOENIX — Power has been mostly restored to affected buildings in downtown Phoenix after a deadly electrical accident Sunday night.

Arizona Public Service officials said late Tuesday night that crews had turned the lights back on at the Phoenix Municipal Building, the Maricopa County Administrative Building and the Phoenix Convention Center South Hall.

The power has been out since late Sunday night after an underground electric vault caught fire, killing one APS worker and injuring another.