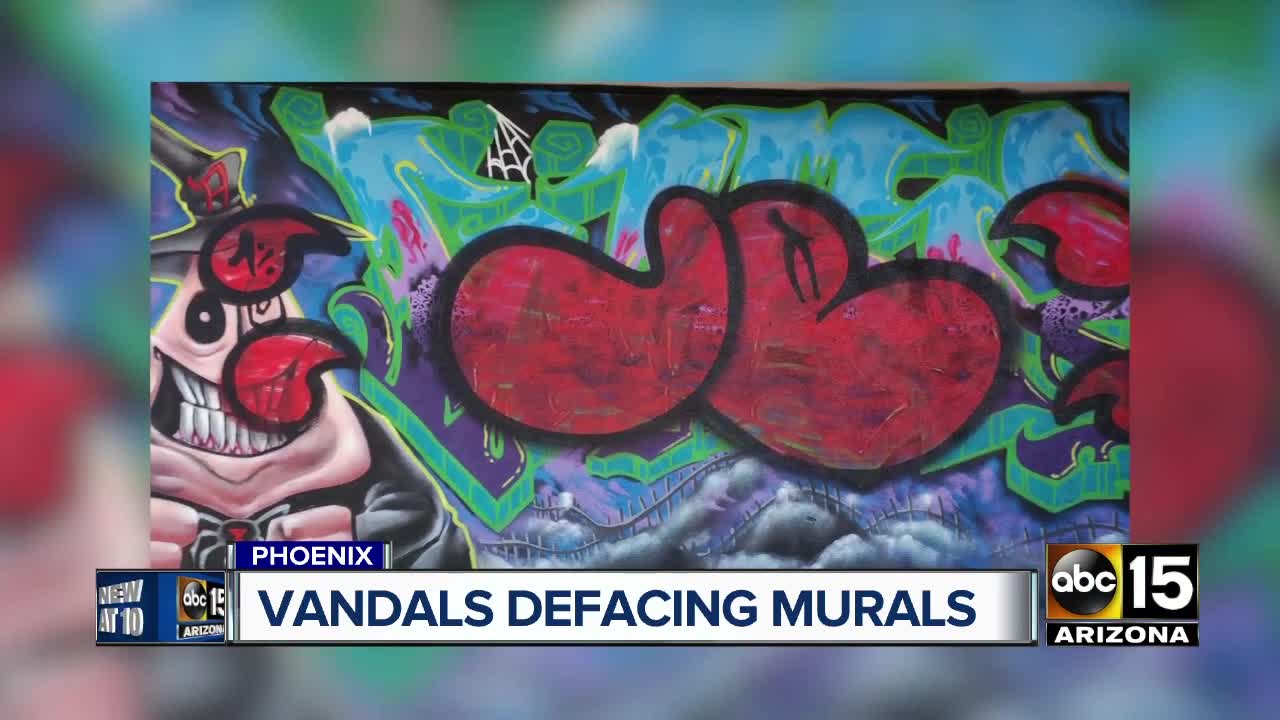 Vandals have been attacking Valley art in recent weeks. Across Phoenix, multiple murals have been defaced with graffiti. 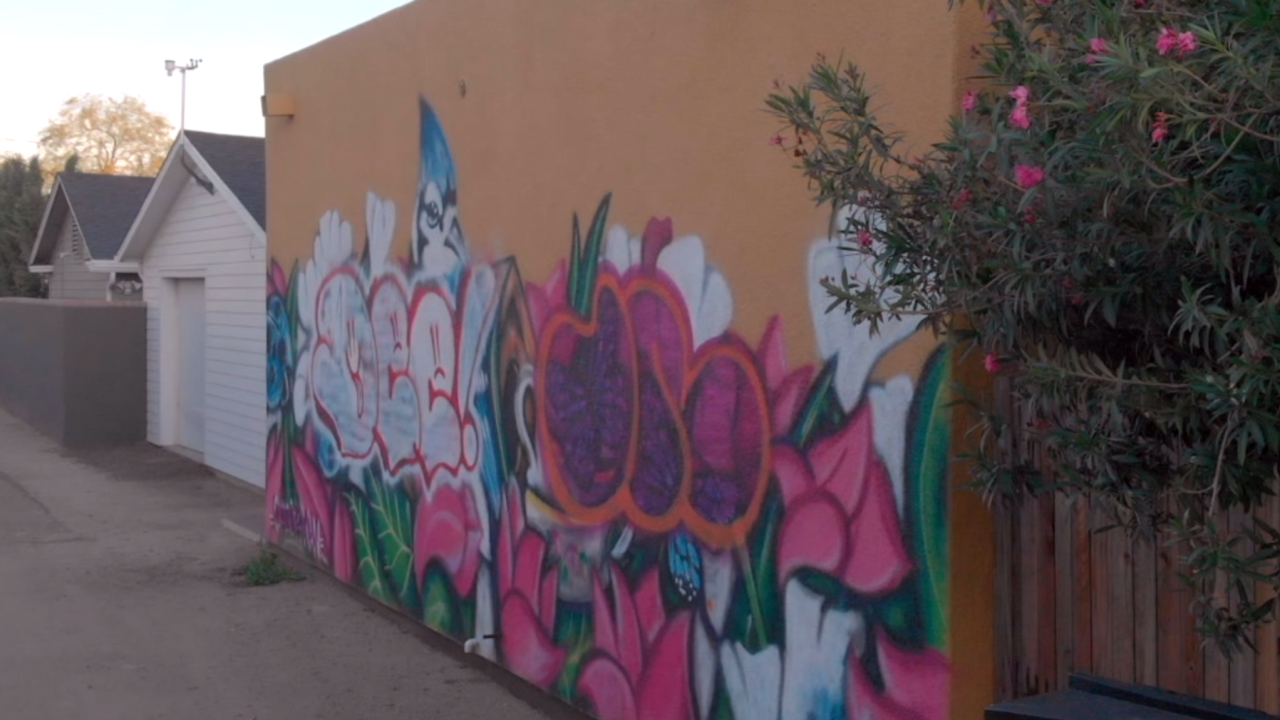 PHOENIX — Vandals have been attacking Valley art in recent weeks. Across Phoenix, multiple murals have been defaced with graffiti.

Two men have been caught on camera twice but have eluded police.

At Rise Distilling Company, near 19th Street and McDowell Road, the front of the building is now painted olive green. A month ago, it was decorated with colorful murals.

"A group of artists had done last year for the holidays, Halloween and Christmas," Matt Bingham, owner of Rise Distilling, said. "These guys spent hours out here, over the course of weeks."

The theme of murals was the Nightmare Before Christmas.

"A lot of people really liked this stuff. It was all over social media,"Bingham said. "I got a message...from a guy asking if he could bring his girlfriend down to check out the murals...And I said, 'Sorry man, you're a day too late. They were defaced.'"

The eye-catching art displays were ruined in a matter of minutes.

"You can see him going panel to panel completely painting on top of them," Bingham said.

The distillery was not the only victim. One homeowner near 7th Avenue and McDowell Road had a mural commissioned on the back of his home. The homeowner says he spent $800 on the alley art that was created for his mother.

"I'm not angry, I'm just very disappointed," said one of the homeowner's neighbors. "These guys have probably done it three or four times before. They don't get caught, or they are let off, and they just keep doing it."

At both locations, the suspects sprayed a similar sign. One that some people say is not new to the art and graffiti community.

"I've been told this has been going on for a year or two now, and they have defaced several murals across the city," said Bingham.

New murals will likely emerge, but time and money cannot be recouped, and the art will never be the same.

"To put a dollar amount on some of this artwork that was destroyed in 20 minutes, maybe these people should be caught, and there needs to be some kind of remuneration for that," said Bingham.

If you know the suspects or see the vandalism is progress call Phoenix Police Crime Stop at 602-262-6151.