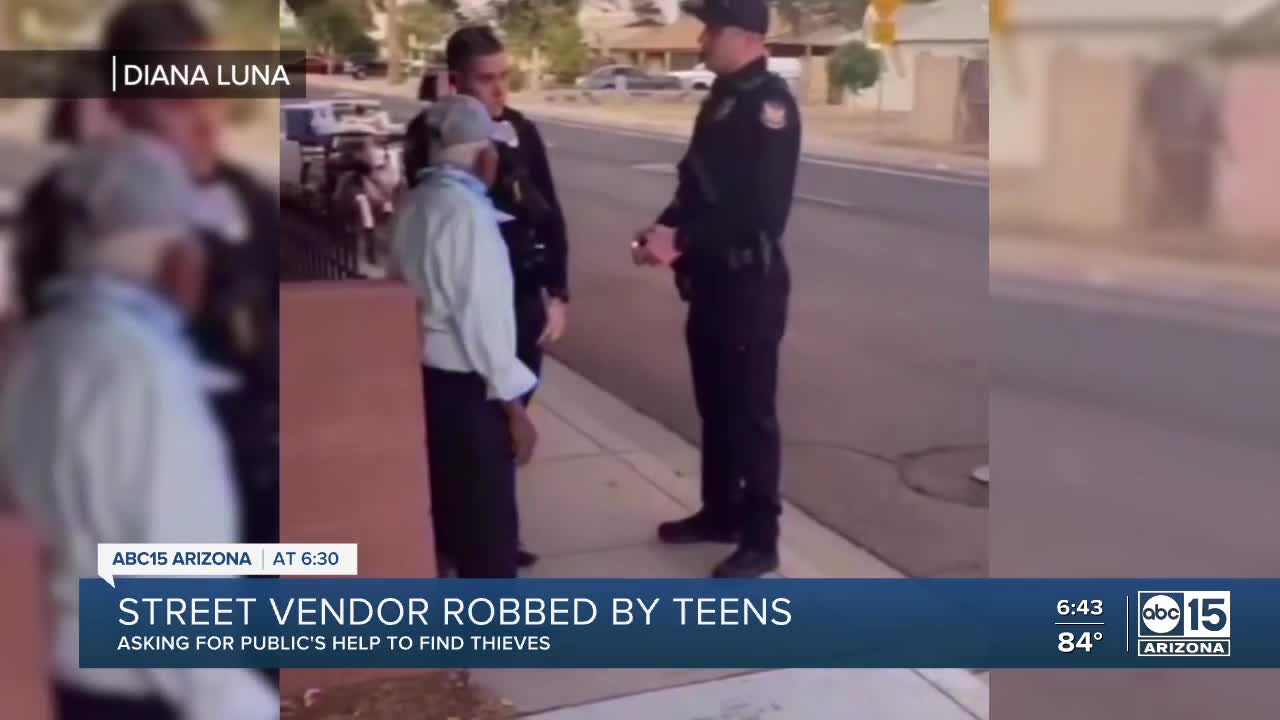 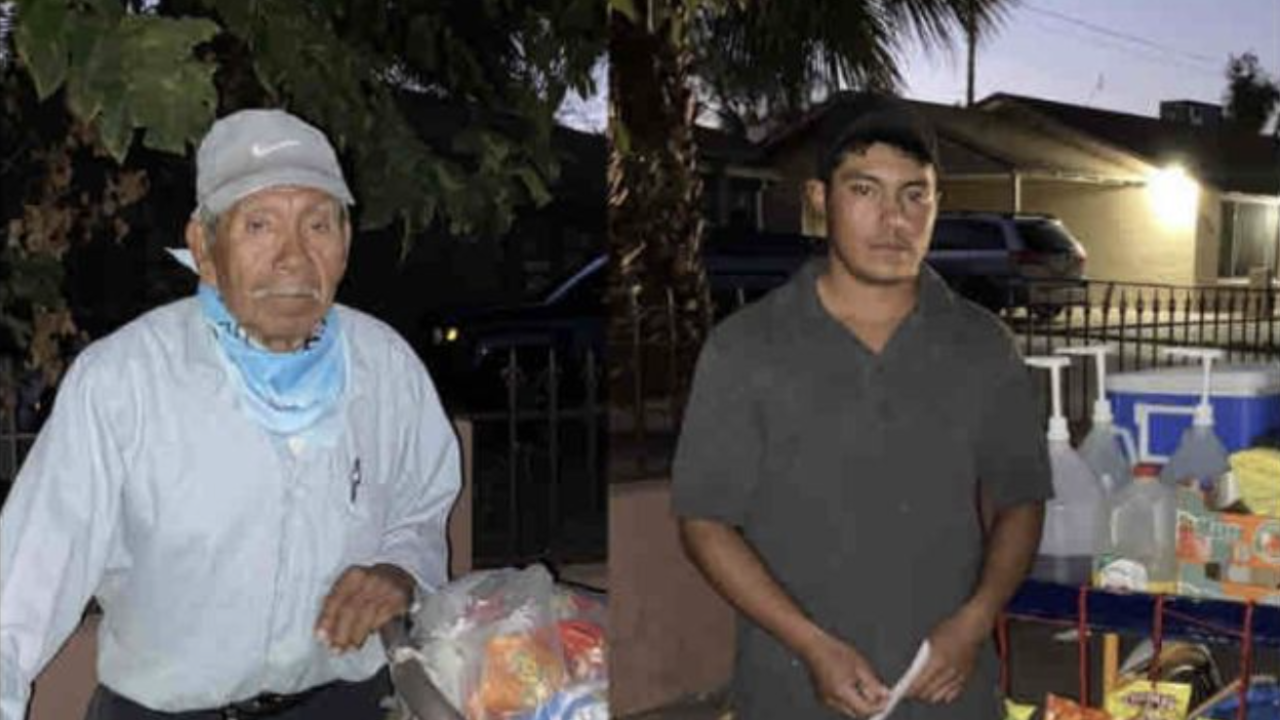 PHOENIX — Working as a street vendor shouldn’t come with the risk of getting assaulted and robbed at any moment for simply trying to earn an honest living.

That’s how Apolinar Sosaya-Morales and Ernesto Hernandez feel while working as "eloteros"and "paleteros" in west Phoenix.

On Nov. 13, 2020, Sosaya-Morales and Hernandez were allegedly attacked and robbed at knife and gunpoint by three suspected teenagers. The suspects ran away with about $300.00 in cash from both street vendors.

The money stolen from them, was much needed for medicine and family. “He got slapped first and then they took his money,” said Sosaya-Morales.

Sosaya-Morales is 75 years old and has been working as a "paletero" selling Mexican ice pops in west Phoenix for the last 17 years.

In two decades in the business, he says he has been robbed multiple times. “I’ve been robbed at gunpoint and one time someone put a knife here on my stomach,” expressed Sosaya-Morales.

However, last Friday’s assault was different. Sosaya-Morales is older now, his legs aren’t the same anymore and can no longer defend himself like he used to. “I can’t stand on my own for a long time, my knees can’t support me.”

But he says he has experience with these types of attacks, so during the incident, it was his friend Ernesto, “the rookie elotero” that worried him the most.

Both street vendors were standing together during the assault. “I was upset, I'm working hard earning an honest living so that they can just come and take it all, it’s not fair” expressed Hernandez.

Hernandez is only 20 years old and says selling corn on the cob helps him to support his little siblings in Mexico. “I'm a little afraid, what if I see them and they attack me again?” said Hernandez.

Meanwhile, Sosaya-Morales, who has no health insurance is now left without money for his medicine and a surgery he desperately needs.

I have diabetes, arthritis, I can't walk, I get tired quickly and feel like falling. The surgery is expensive, I can’t afford it,” stated Sosaya-Morales.

Phoenix police say there are no leads in either investigation, no one has been arrested yet, but Sosaya-Morales remains hopeful.

“I hope this helps for the authorities to do something so that there’s no more harm against the poor, fighting to survive.”

Sosaya-Morales wishes being victims of a crime wouldn't come with the job because retirement for them just doesn’t exist. “I would like to retire, but I can’t.”

He says he’ll work until he can’t anymore. As hard as it is, he says one thing makes it worth it.

“People’s affection. I carry within me their attention and their kindness. It’s a memory that I will take with me the day I leave.”

Police are asking for the public’s help in identifying the suspects. If you have any information call 480-WITNESS.