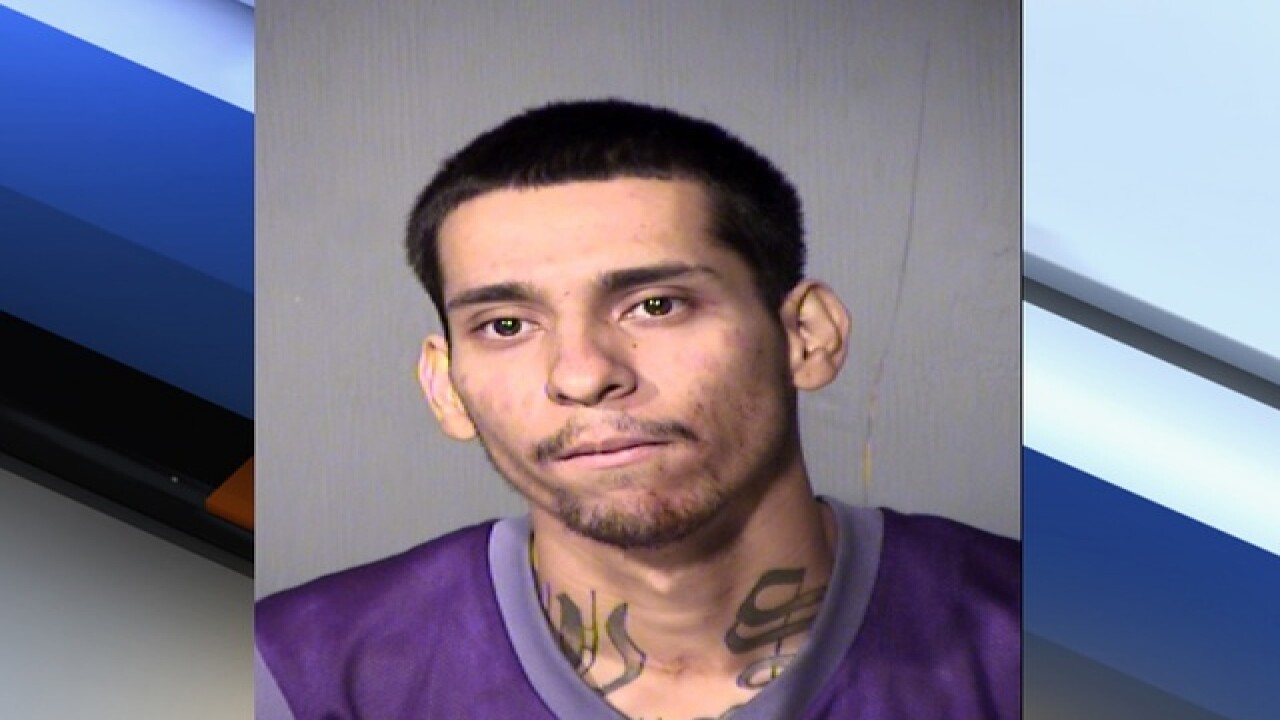 Phoenix police have a man in custody after he was caught with a reported stolen vehicle.

Officers attempted to make a traffic stop on a red pick-up truck on Friday morning when they realized it had been reported stolen. The driver, 23-year-old Jesse Carrion, fled from officers in the truck.

Police said the pick-up truck collided with a Mazda car head-on near 87th Avenue and Indian School Road nearby.

Police have taken Carrion into custody and booked him on charges for theft of a means of transportation, possession of a weapon by a prohibited possessor and unlawful flight from law enforcement.

Nobody was seriously injured in the crash.