Police: Man wraps chain around woman, holds knife to her neck before being shot by officer 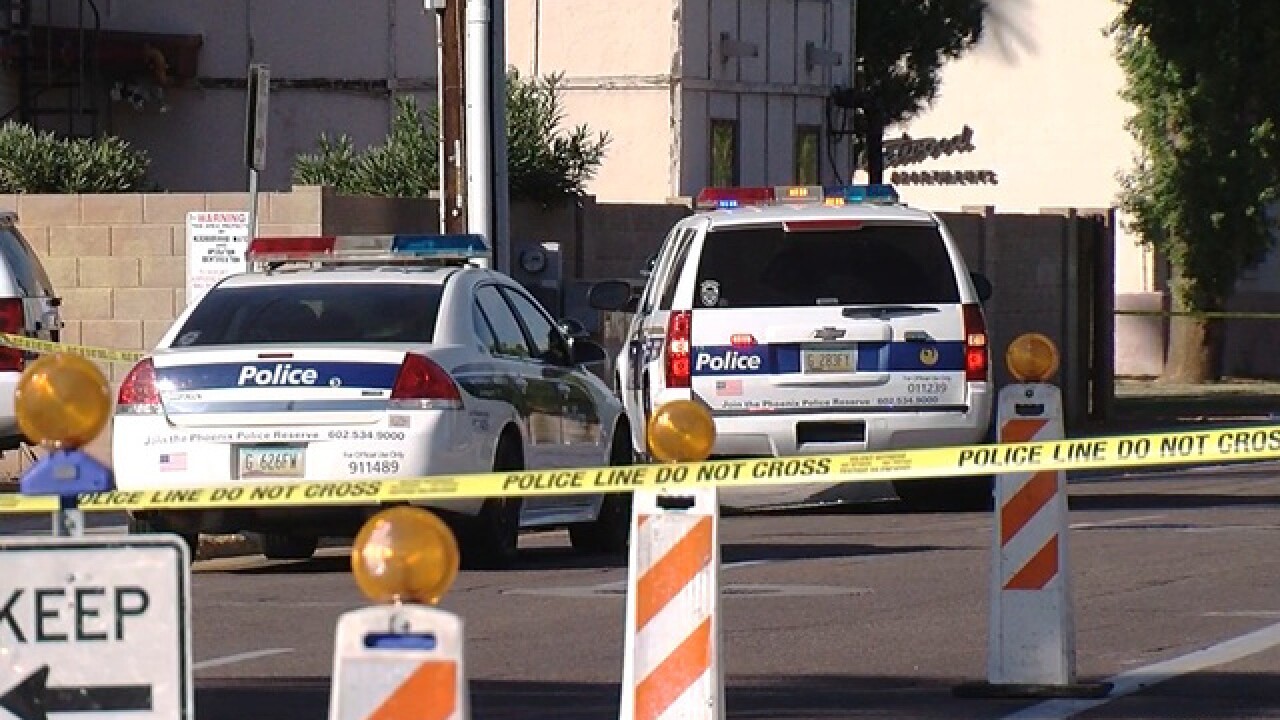 A suspect is dead after an officer-involved shooting in downtown Phoenix Friday afternoon.

Crews responded to the scene near 3rd Avenue and Culver Street after receiving reports of a suspicious person yelling in an alley.

When officers arrived at the scene, they discovered a man sitting with his back against a garage and his arms wrapped around a 57-year-old woman while holding a knife to her neck, a Phoenix police spokesperson said.

Police have identified the suspect as 43-year-old Thomas Aikens.

An officer attempted to negotiate with Aikens, but he continued to threaten to kill the woman and at one point told officers he was sitting on a bomb, officials said.

According to police, a second officer at the scene shot the suspect. The shooting officer was later identified as Alan Bansky.

When officers approached the woman to move her away from the suspect it was discovered that the man had wrapped a chain around her waist to prevent her from leaving.

No other injuries were reported and neither the suspect’s name nor the officer’s name has been released at this time.

A police spokesperson did reveal that the officer who fired the shots is a 37-year-old man and 8-year veteran of the Phoenix Police Department.