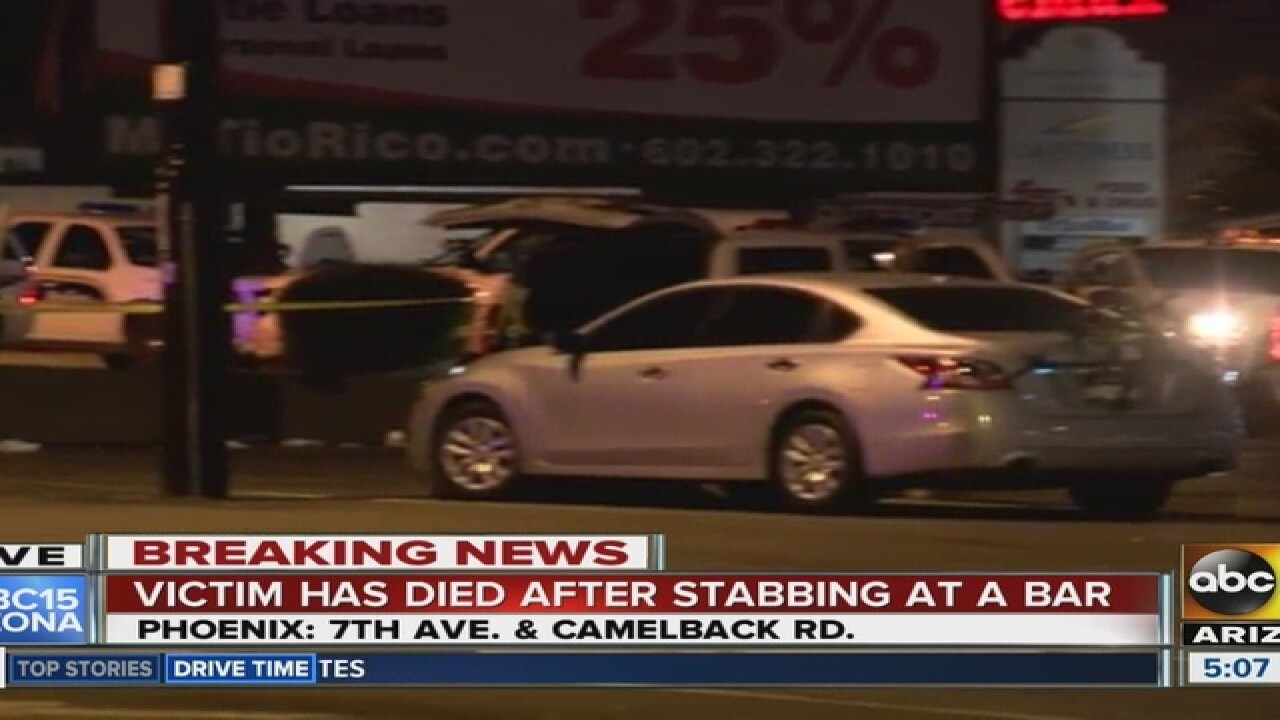 Officers were called to the scene near 7th Avenue and Camelback Road before 4 a.m. The stabbing reportedly occurred in a lot between a popular bar and another business.

According to Phoenix police, the stabbing occurred during a fight over property between several transients. A man between 25 and 35 years old reportedly tried to steal items from two sleeping men before being chased and attacked.

He was stabbed and taken to the hospital where he died from his injuries.

Police say one of the stabbing suspects is in custody and another is still outstanding.

The outstanding suspect is said to be a white man in his early to mid-sixties, about 5 feet, 5 inches tall. He has long blonde hair and frequents the area.