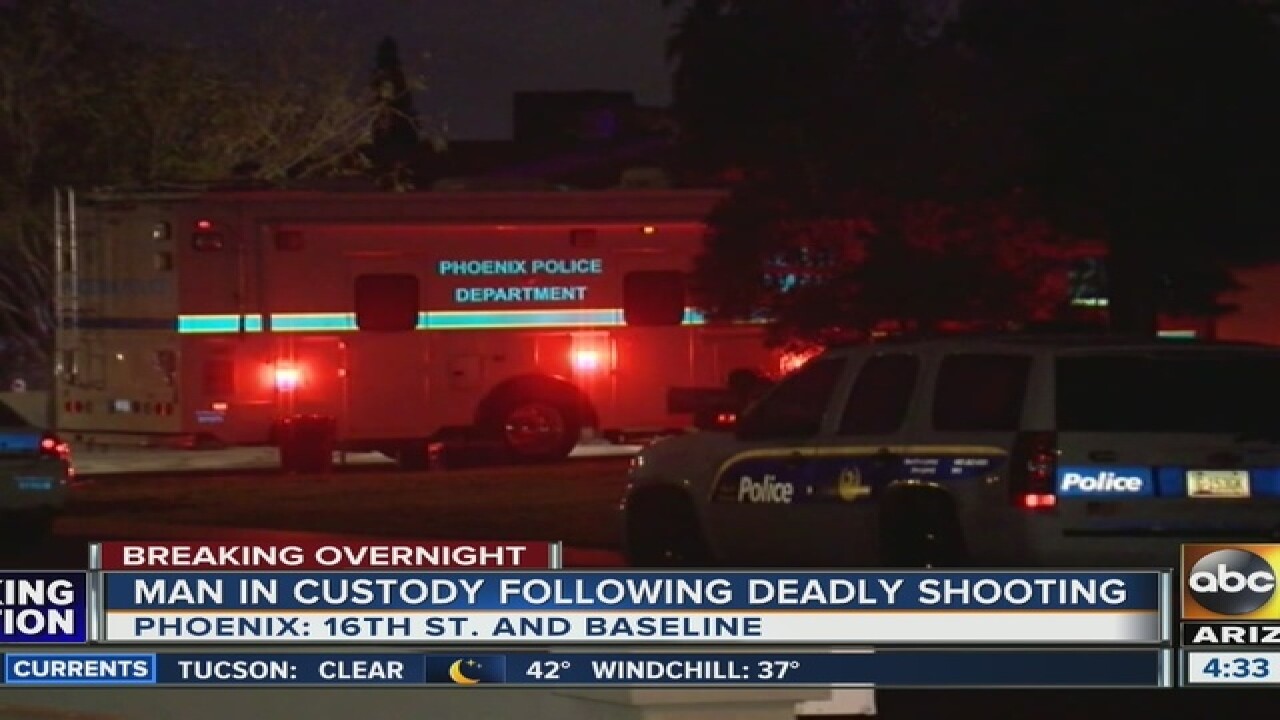 Police are reportedly investigating a homicide in Phoenix.

Officers were called to a home near 16th Street and Baseline Road where they reportedly found a man who had been shot to death, with the suspect still inside.

When police entered the home, they say they encountered the suspect and had to tase him to get him into custody.

Witnesses tell police there was an argument inside the home before the suspect shot the victim.

Police say they've arrested the 29-year-old male suspect, but have not identified him as of yet.

The victim died on scene and has not been identified.

Murder Victim Stats
Create your own infographics
Copyright 2016 Scripps Media, Inc. All rights reserved. This material may not be published, broadcast, rewritten, or redistributed.