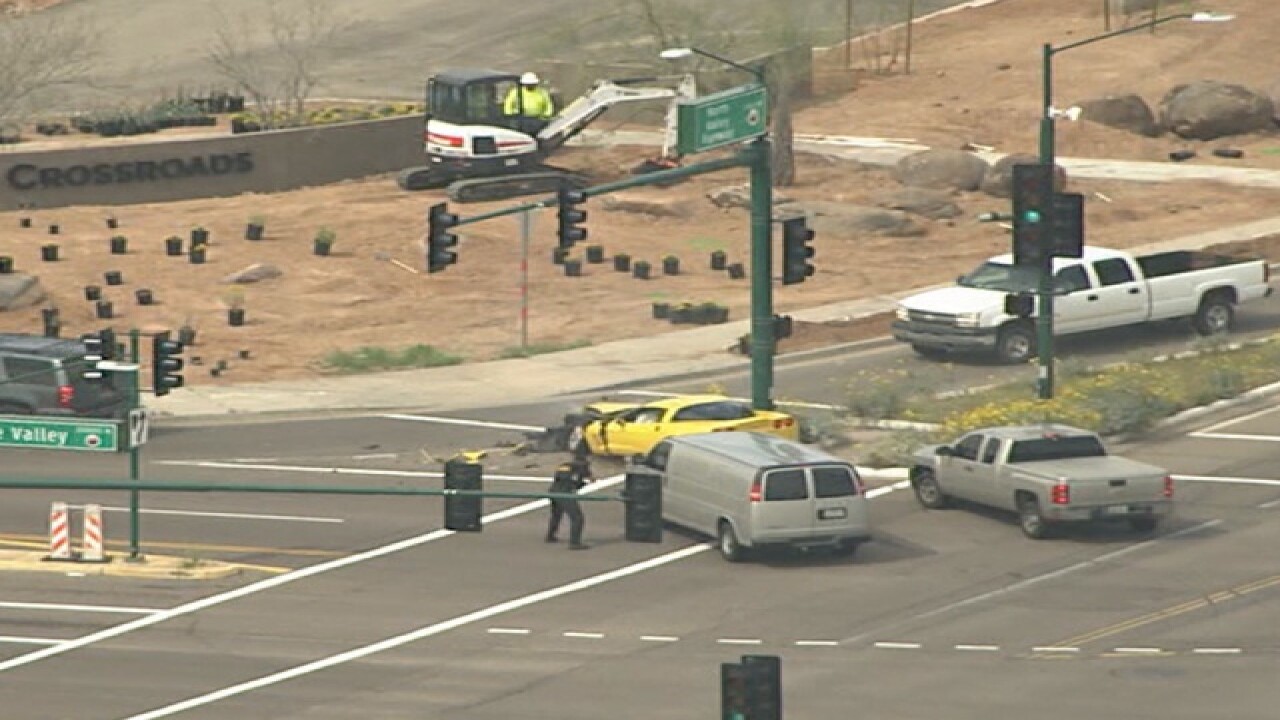 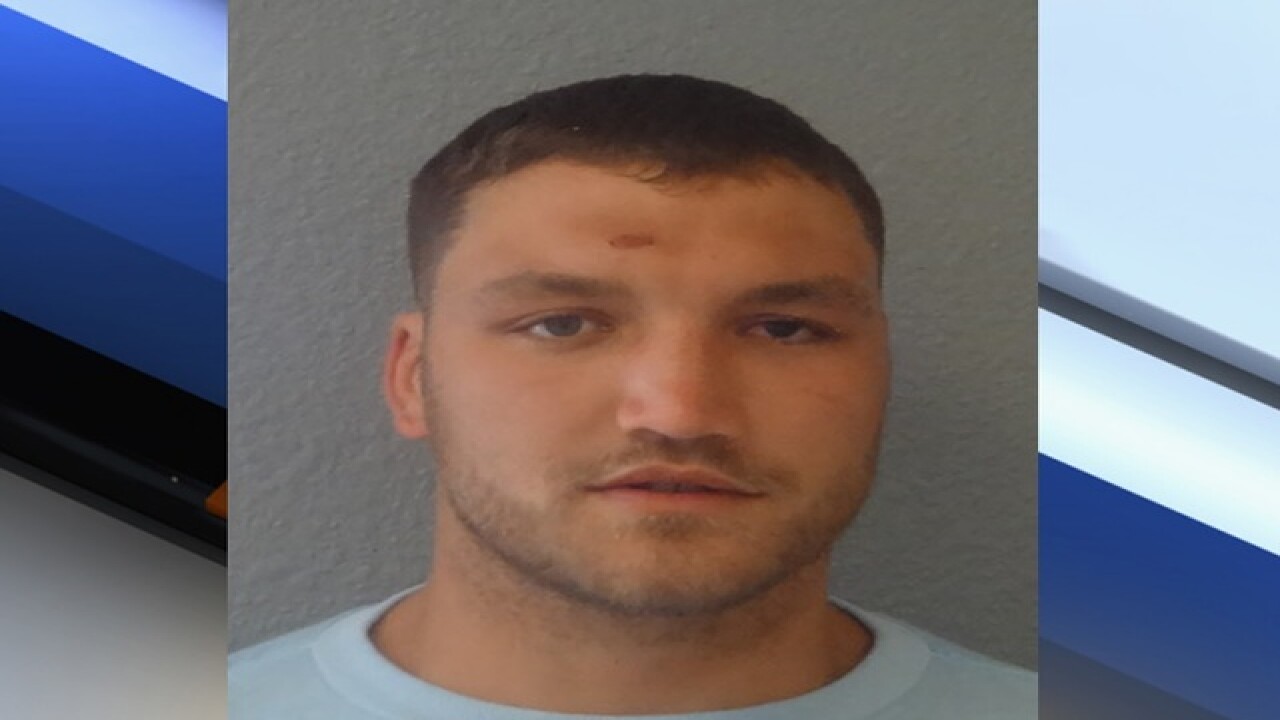 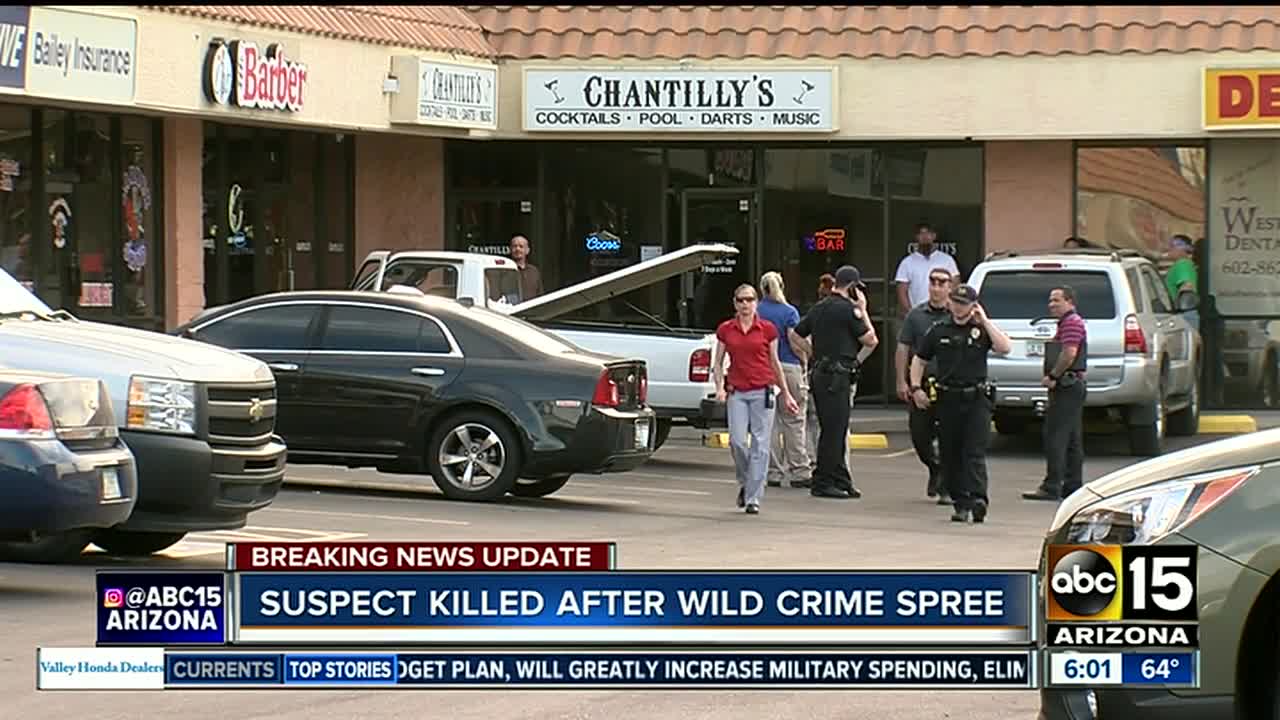 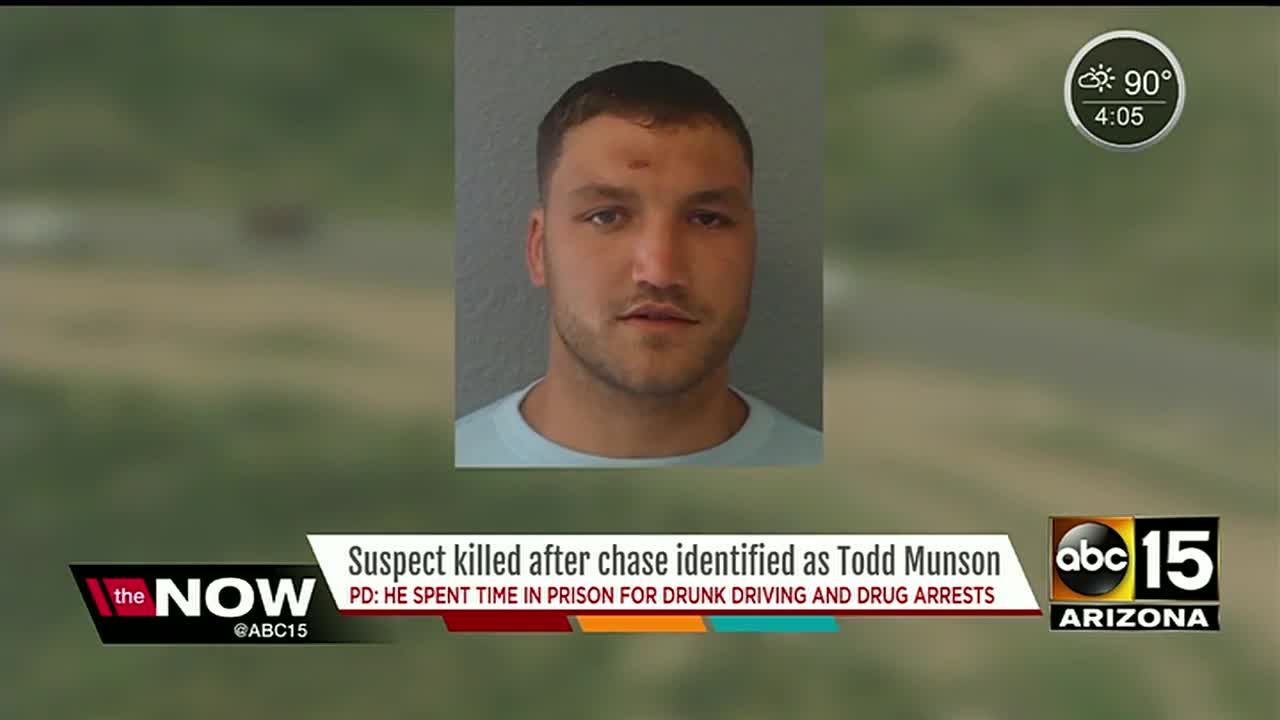 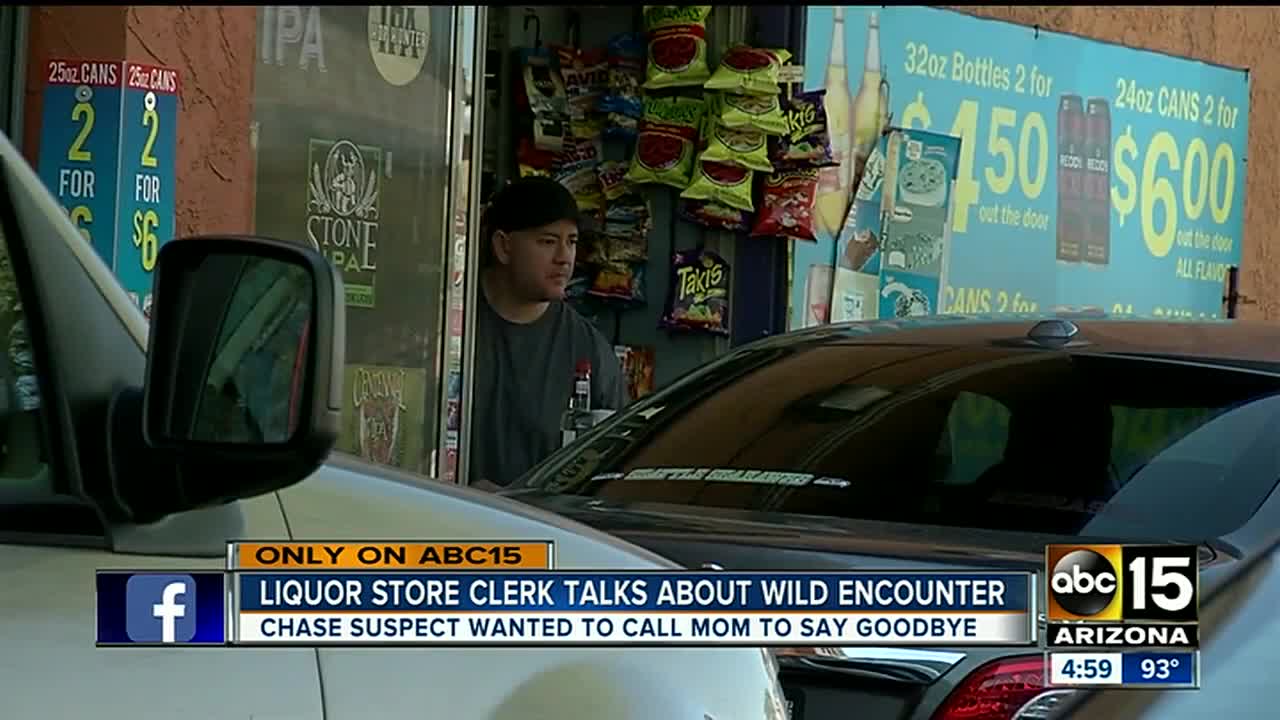 Officials have identified the man who went on a crime spree in the Phoenix area on Wednesday.

According to Phoenix police, 25-year-old Todd Munson is responsible for eight different incidents around the Valley in a matter of nine hours.

Thursday afternoon, sources confirmed to ABC15 that a picture of someone named Todd Munson with a record on file with the Arizona Department of Corrections was the person involved in the crime spree.

Phoenix police said the spree started near 48th Street and Elliot Road at about 4:30 a.m. when they responded to a report of shots fired. When officers arrived, they located 40-year-old Nathan Cahal. He was shot and pronounced dead at the scene.

During the incident, detectives learned that Munson had shot the victim. They learned he was heading towards the area of 67th Avenue and Bell Road and officers began to respond.

While police were in the area, they found Munson walking and made contact with him.

The suspect fled the area, jumped over a wall and officers heard a gunshot. It was later determined that the suspect accidently discharged his firearm and shot himself in the leg.

At 12:30 p.m., Glendale police received information about a stolen vehicle at gunpoint in the same area. The suspect matched the description of the same homicide suspect. It was later learned that the suspect was unable to take the vehicle and the victim drove off.

After the unsuccessful carjacking, the suspect pointed his weapon at another victim and stole his white truck near 64th Avenue and Bell Road.

At 12:50 p.m., Phoenix police received information about a stolen vehicle at gunpoint near 7th Avenue and Union Hills Drive. Phoenix police said the suspect abandoned the white truck, allowing it to roll into a business. He then stole a yellow Corvette at gunpoint from a victim.

The suspect fled the area in the vehicle and stopped at a gas station near Tatum Boulevard and Union Hills Drive at 1:00 p.m.

According to police, Munson stopped in a parking lot, pointed a weapon at two victims and demanded their phones. Both victims took shelter behind gas pumps and the suspect left the area without getting any property.

At 1:43 p.m., the Phoenix police helicopter was able to locate the stolen vehicle and began to direct unmarked police units to the vehicle. Before officers arrived on the scene, the suspect stopped in the front yard of a house near 46th Avenue and Country Gables Drive. Munson pointed his weapon at a victim and demanded her phone. The victim passed over her phone and the suspect fled the area.

While at a red light at North Valley Parkway and Norterra Parkway, the suspect pointed a gun at a victim who was stopped at the light in the next lane. Police said Munson demanded that the victim give him his phone but drove away before the victim could react.

After stopping the vehicle, Munson pointed his weapon at a Phoenix officer. That officer and another officer fired their rifles at Munson.

Police said Munson was pronounced dead at the scene. A semi-automatic handgun was found inside the suspect’s vehicle.

No officers were seriously injured in the incident.

According to online state corrections records, Munson previously served time for aggravated DUI, endangerment, and drug charges, among others.