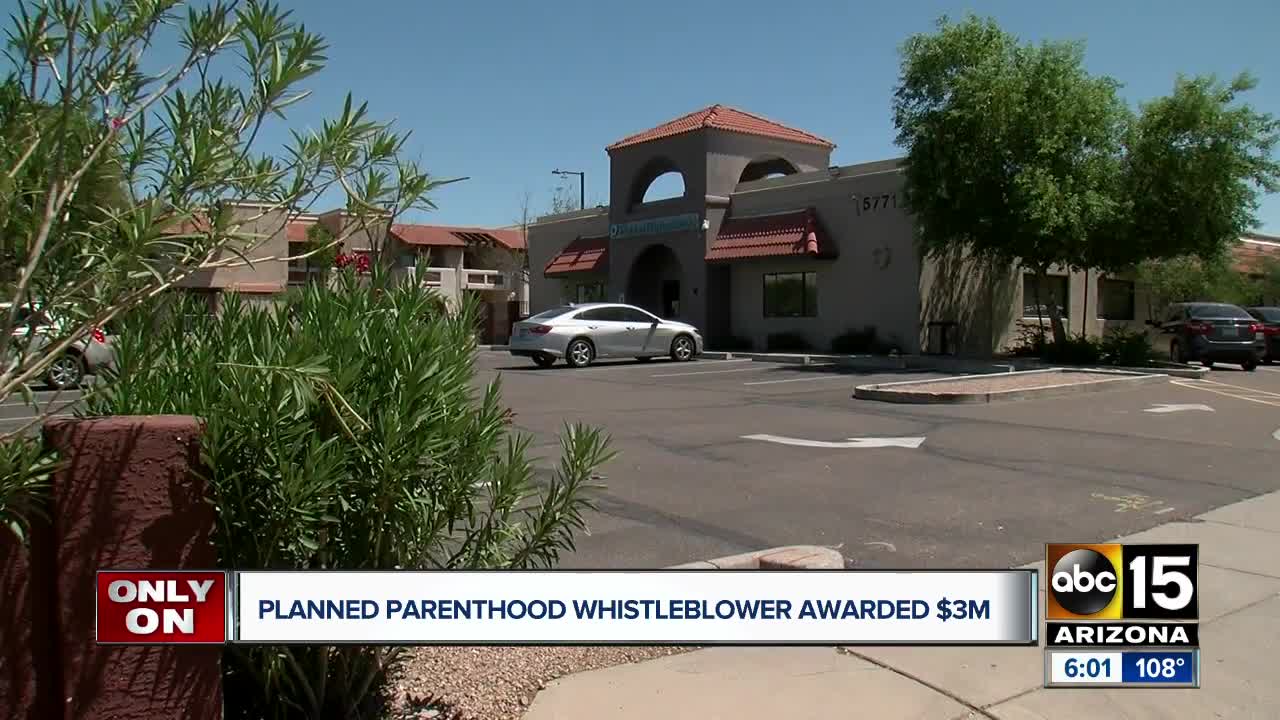 PHOENIX — Planned Parenthood Arizona will have to pay a Phoenix woman $3 million as part of a wrongful termination lawsuit.

The former director claimed she was fired in 2017 for voicing concerns about unsafe and illegal practices happening in some of the organization's health centers.

Mayra Rodriguez worked as a director for health centers in Phoenix, Glendale, and Flagstaff. She says she voiced her concerns and eventually filed a lawsuit to protect the women who rely on Planned Parenthood for care.

Rodriguez said she spent 17 years working with Planned Parenthood and was even named "Employee of the Year" in 2016. She was then fired in 2017.

In the months leading up to her termination, she says she raised several concerns, including a specific doctor's higher post-abortion complication rates, procedural issues, and one employee's failure to report "a minor undergoing an abortion surgery when her male partner was of majority age."

"My main goal here is to care about women," said Rodriguez. "That women get the best care possible wherever they choose to go."

A jury was unanimous in siding with Rodriguez.

Planned Parenthood says it's disappointed in the outcome and said, "We believe the evidence was compelling that it was our former employee's failure to follow organization rules and procedures, which are designed to protect both patients and the public, that led to her dismissal. Our patients' health and safety is our highest priority... While we disagree with the verdict and the damages award, we will not allow this event to distract from Planned Parenthood's 100 percent focus on protecting access to health care for those Arizonans who need it most."

Rodriguez admits she is undocumented but claims the organization knew that when they hired her in 2000.

Planned Parenthood says Rodriguez provided a false social security number and that they do comply with current federal and local laws in regards to hiring and employment practices.