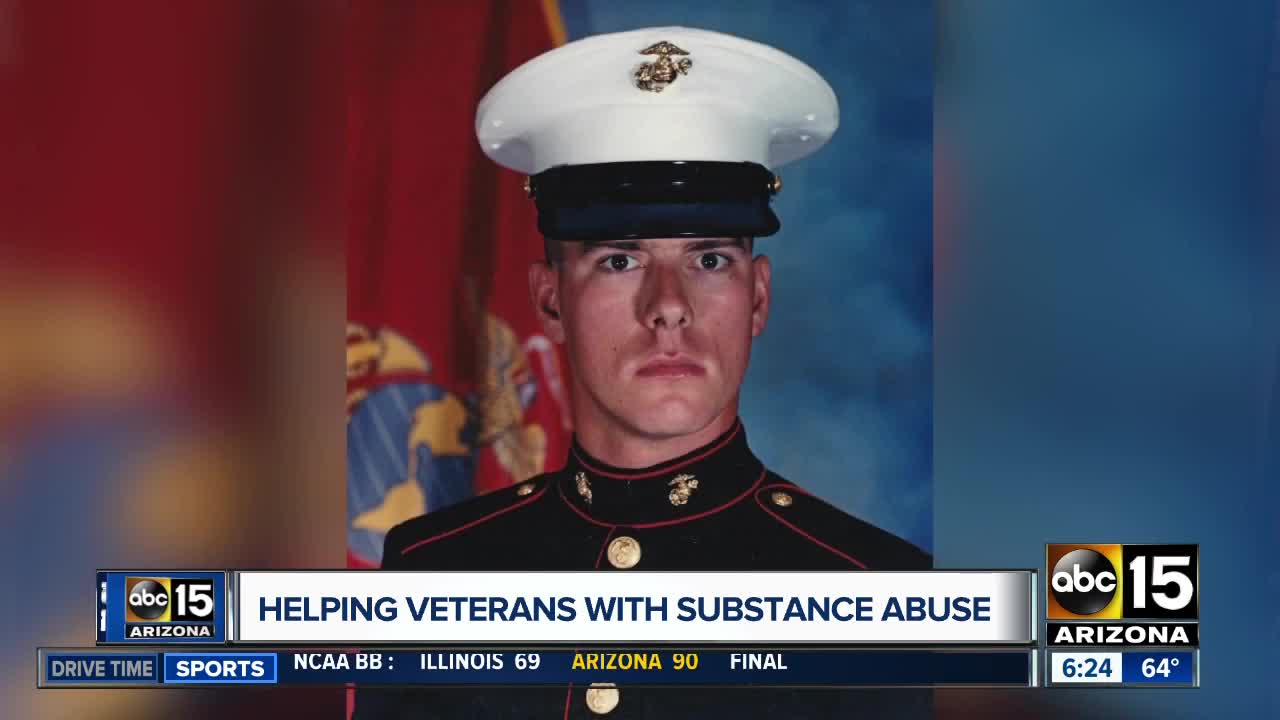 A Valley veteran is sharing his story of recovery, hoping to help others who are struggling.

PHOENIX — A Valley veteran is sharing his story of struggle on Veterans Day to try to help others who may be dealing with the same issues.

According to the US Department of Veterans Affairs, a veteran is 1.5 times more likely to die by suicide than other adults in the United States.

Corey Peterson has dealt with all of those issues. He said it started while he was in the United States Marine Corps in the early 1990s. He served in the Gulf War, seeing the devastating aftermath in Kuwait. He said he never forgot what he saw.

"Seeing some of that and the aftermath of it still left a mark," said Peterson.

Peterson explained he started to struggle with substance abuse while he was serving.

"Periods of utter degradation and demoralization, that self-defeat and self-deprecating behavior telling myself I'm not worthy," he said.

In 1995, he was discharged under an "Other Than Honorable" (OTH) condition. For 14 years, Peterson battled drug addiction and alcoholism.

"A lot of it stems from not being able to have that brotherhood, being separated from it and looking for whatever I could, anywhere I could," he said.

A few years ago, Peterson even attempted suicide.

Recent numbers from the US Department of Veterans Affairs show that nearly 20 veterans die by suicide each day in the U.S. Department data from 2019 shows Arizona has one of the highest veteran suicide rates in the country.

Peterson has been in recovery for a decade and now helps others dealing with substance abuse. He's the director of admissions for Better Today Recovery Services in Phoenix.

He said he feels lucky to be alive, and he wanted to share his story in the hopes that it may help someone going through a difficult time.

"There are so many vets out there that have seen so much more and have been through so much more. And watched their comrades and compatriots and brothers and sisters died," he said. "I don't want people to be out there for 14 years like I was bouncing in and out, struggling, and doing whatever they need to do to survive."

Peterson said he hopes what he went through and his current role can make a difference.

"They're not alone. There's somebody out there that cares about them, that loves them, that understands their sacrifice," he said. "If it touches one person and they don't make that decision to harm themselves or another person, then it's all worth it."

If you or someone you know is in crisis or needs to speak to someone, there is a Veterans Crisis Line open 24/7.

Click here for Suicide Prevention: A Guide for Military and Veteran Families.