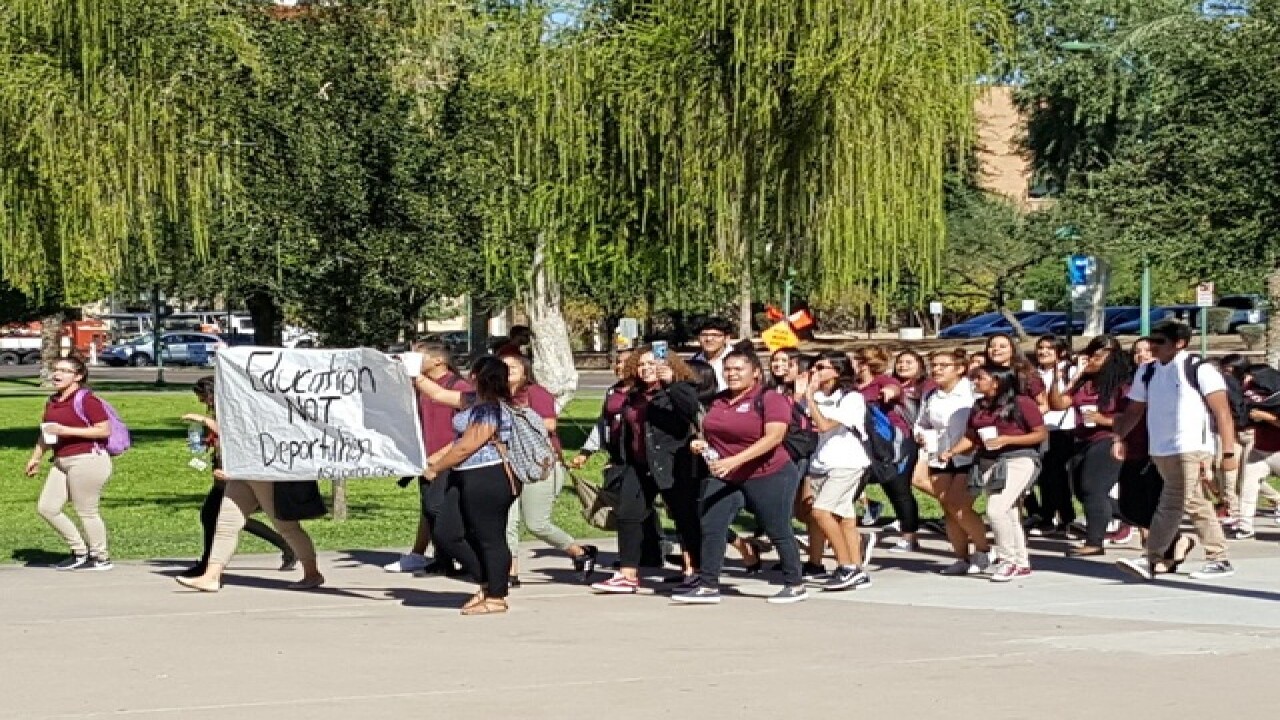 By: Associated Press, abc15.com staff
Posted at 3:30 PM, Nov 10, 2016
The Latest on a Phoenix school walkout protesting Donald Trump's election victory:
3:46 p.m.
Students from at least two schools from the Phoenix Unified School District system walked out of class on Wednesday in protest of Donald Trump.
School officials said 400 students out of the 27,000 in the entire district participated in the walk out.
Students who participated could face punishment through the district's absentee policy.