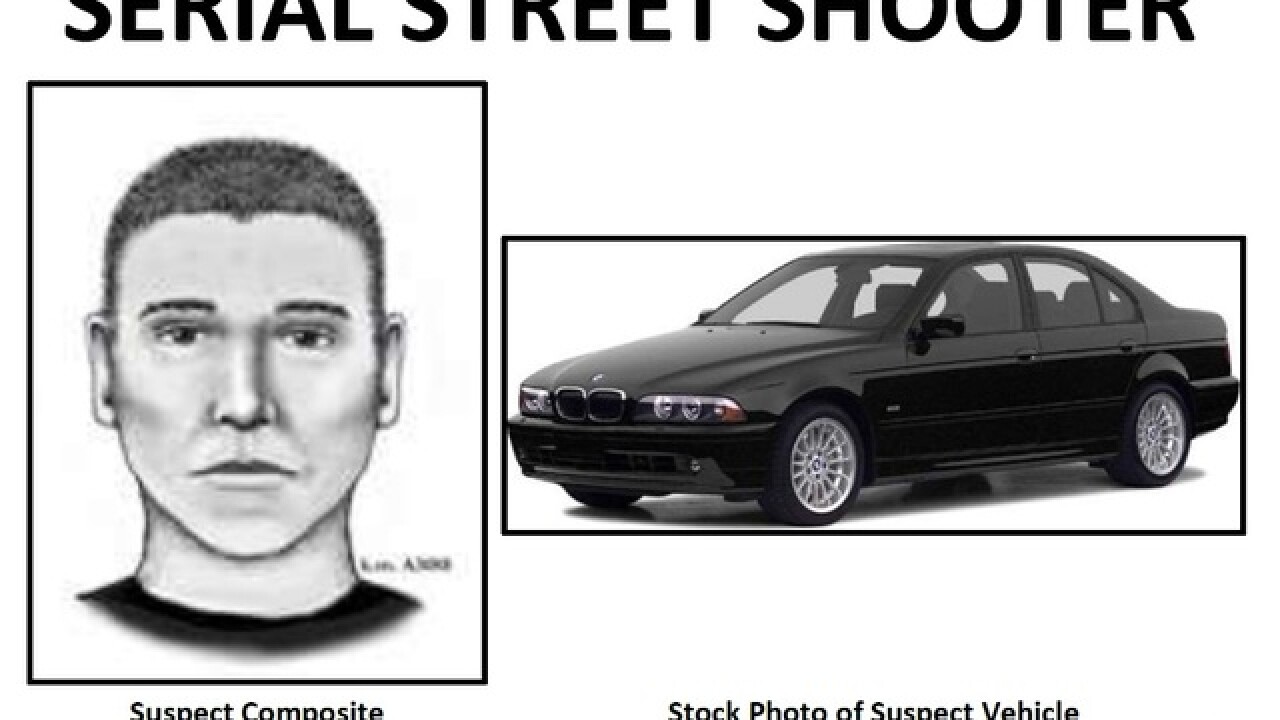 Investigators are looking into incidents since January, and say they now believe that a total of nine incidents were committed by the same serial shooter or shooters.

Sources inside Phoenix PD have told me that they believe that the suspect kills just to kill. No motive. https://t.co/lNWC63JWmL

Here are five things you need to know and share with your friends and neighbors in the Phoenix area:

Seven killed, two wounded since March 17 in Phoenix. Everyone injured in the shootings was either walking in a neighborhood or in front of a home.

March 17: 11th Street/Roosevelt Street
At approximately 11:30 p.m., a 16-year-old male was shot while walking in the street. His injuries were not life threatening.

March 18: 75th Ave/Indian School Road
At approximately 11:30 p.m., a 21-year-old male was shot while standing in the road outside of his vehicle. His injuries were not life threatening.

April 1: 55th Avenue/Turney Avenue
Diego Verdugo-Sanchez was standing outside a home around 9 p.m. when an unknown vehicle approached and shots were fired from inside the car. Diego was struck and did not survive.

June 3: 67th Avenue/Osborn Road
Phoenix police officers responded to the area just before 10 p.m. for an emergency radio call of shots fired. The victim, who had just returned home from work, was found lying in the street with multiple gunshot wounds and died from his injuries.

June 10: 67th Avenue/McDowell Road
Manuel Garcia was in his vehicle waiting for his girlfriend when another car approached. There was a brief conversation with the occupant(s) of the vehicle before Garcia was shot and fatally wounded.

June 12: 83rd Avenue/McDowell Road
Upon arrival at the Phoenix home, officers located three gunshot victims inside a vehicle parked in the driveway. Two of the victims, a 33-year-old woman and 12-year-old girl, were deceased. The third was taken to a local hospital in critical condition. The third victim, the mother of the 12-year-old girl, died from her injuries on July 7.

July 11: 32nd Street/Oak Street
A man and 4-year-old boy were sitting inside a car outside a home at 32nd Street and Oak on July 11 when the suspect fired at their car. The victims did not sustain any injuries, but called police to report the incident.

WHO IS THE SUSPECT?

A solid description of the suspect is not known at this time. However, two witnesses have been able to provide police with an idea of his appearance.

The suspect's vehicle description has varied from a light colored sedan to a dark colored sedan. Police said the suspect may be driving a white Cadillac or a Lincoln-type vehicle.

Another homicide, two shootings & shots fired at a vehicle added to the list of unsolved cases in Maryvale.

Here are both sketches of the Phoenix serial shooter. What you need to know: https://t.co/0Fi9K6LSMW #abc15 pic.twitter.com/ptCEe2NZDe

Between money from Silent Witness, the Attorney General's Office, and other donations, $75,000 has been raised for information that helps lead to an arrest.

“Someone out there knows who did this. We need our community to call us or Silent Witness and help us solve these cases, bring justice to these families and victims, and prevent more violence from occurring,” said Phoenix Police Chief Joseph Yahner.

WHAT ARE PHOENIX POLICE DOING?

Investigators are working around the clock trying to find whoever is responsible for the series of shootings. Police are also stepping up patrols in the area and holding community meetings to keep residents informed.

RELATED: ABC15 rides along with police in Maryvale

ABC15 has also learned the FBI is providing investigative assistance.

WHAT CAN YOU DO TO HELP?

Be aware of your surroundings and notify police of any suspicious behavior. The shootings are believed to be random and the victims are not believed to be targeted.

Police are soliciting all tips and encouraging anyone with information to call their department or Silent Witness.  If you choose to call Silent Witness (480-WITNESS) you can remain anonymous and could earn an award of up to $50,000. You can also can Phoenix police at 602-262-6141.