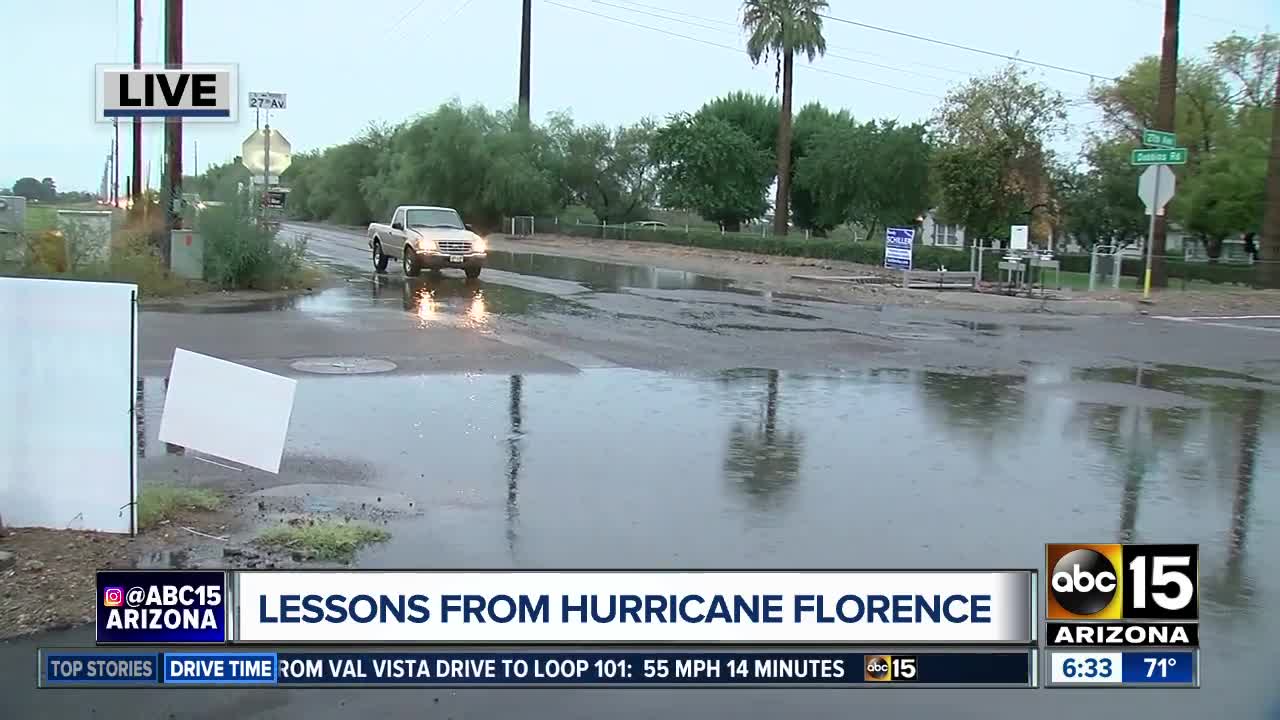 A search-and-rescue team back in Phoenix after helping during Hurricane Florence brought back some important advice and practice. 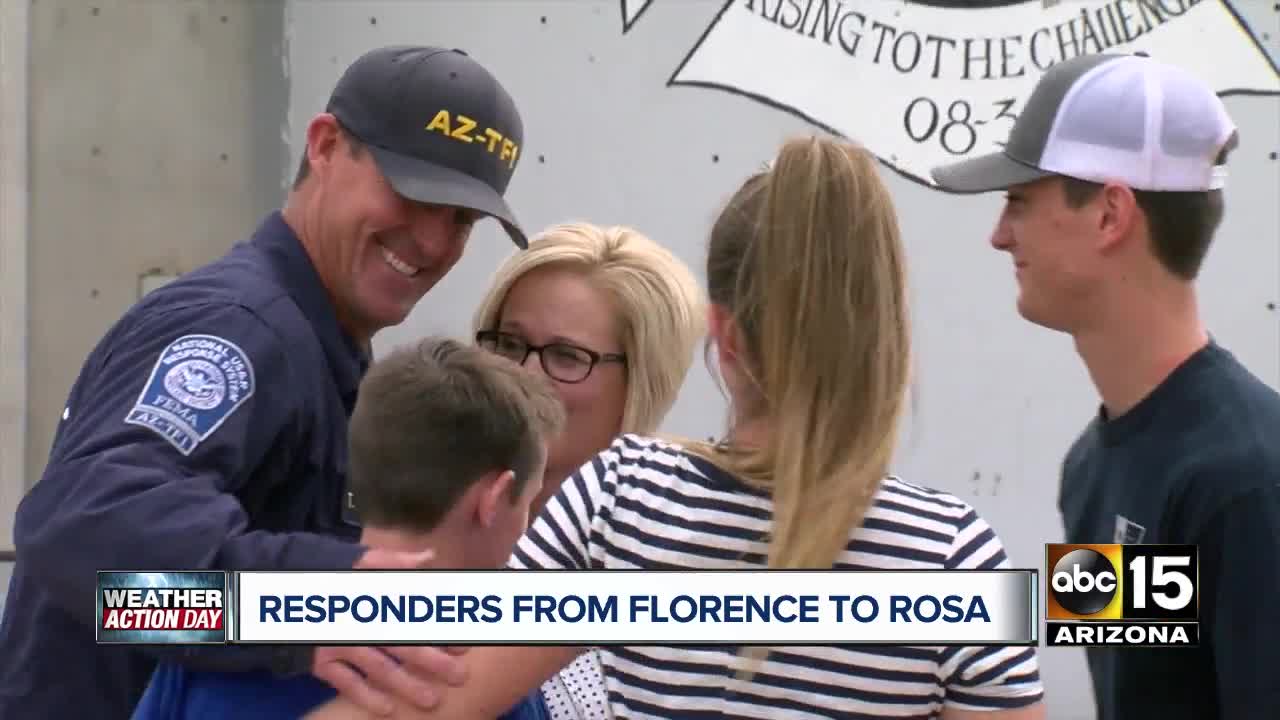 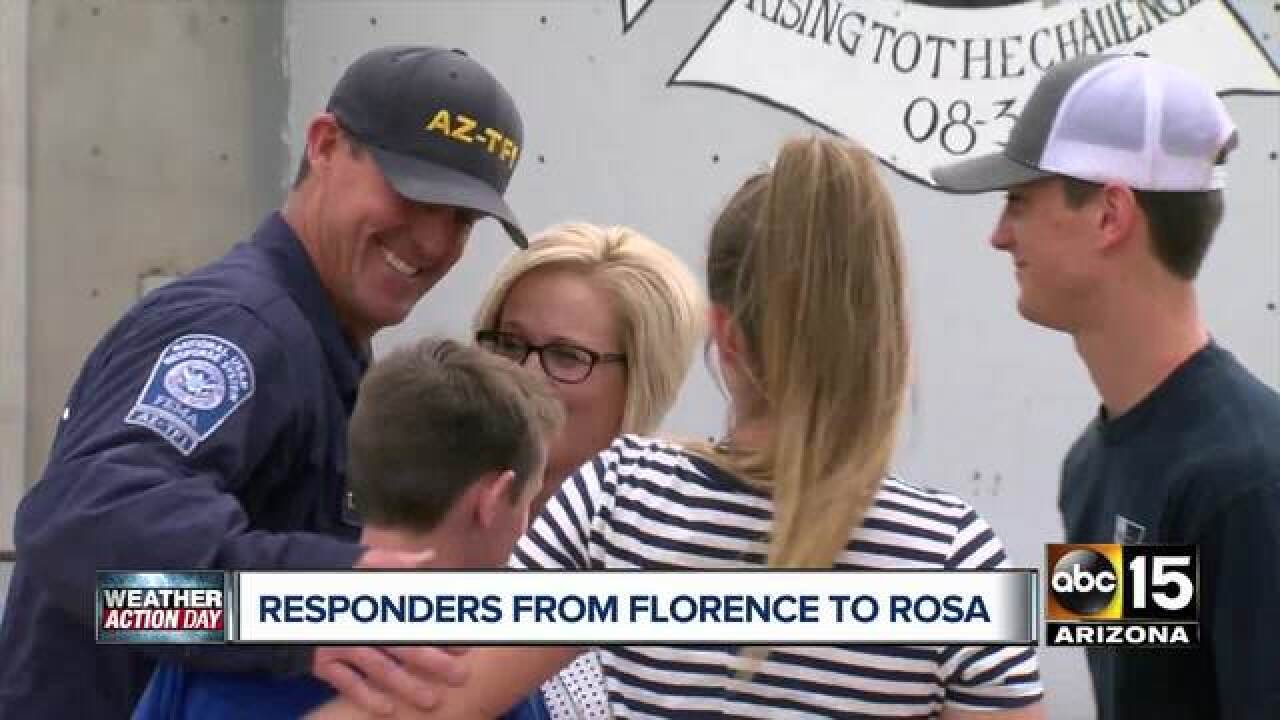 Nearly three weeks away from home, an urban search-and-rescue team has returned to the Valley after helping communities on the east coast deal with Hurricane Florence.

Forty-five members of Arizona Task Force One returned to the Valley late Sunday afternoon, after being gone for 20 days. Task Force One was deployed to North Carolina to help battle conditions including extreme flooding.

"We were basically a moving 9-1-1," said Phoenix Fire Department Assistant Chief Shelly Jamison, who was the Task Force Leader. "We were working in conditions where flood waters were up to 20 feet high."

Jamison told ABC15 Task Force One helped rescue at least 82 people and 16 pets. On Sunday, they were able to reunite with their families back in the Valley.

"So glad that they're back," said Susan Caskey, who came to greet her husband who is part of Task Force One. "I don't know how, like, Army wives...do it. This is long enough for me."