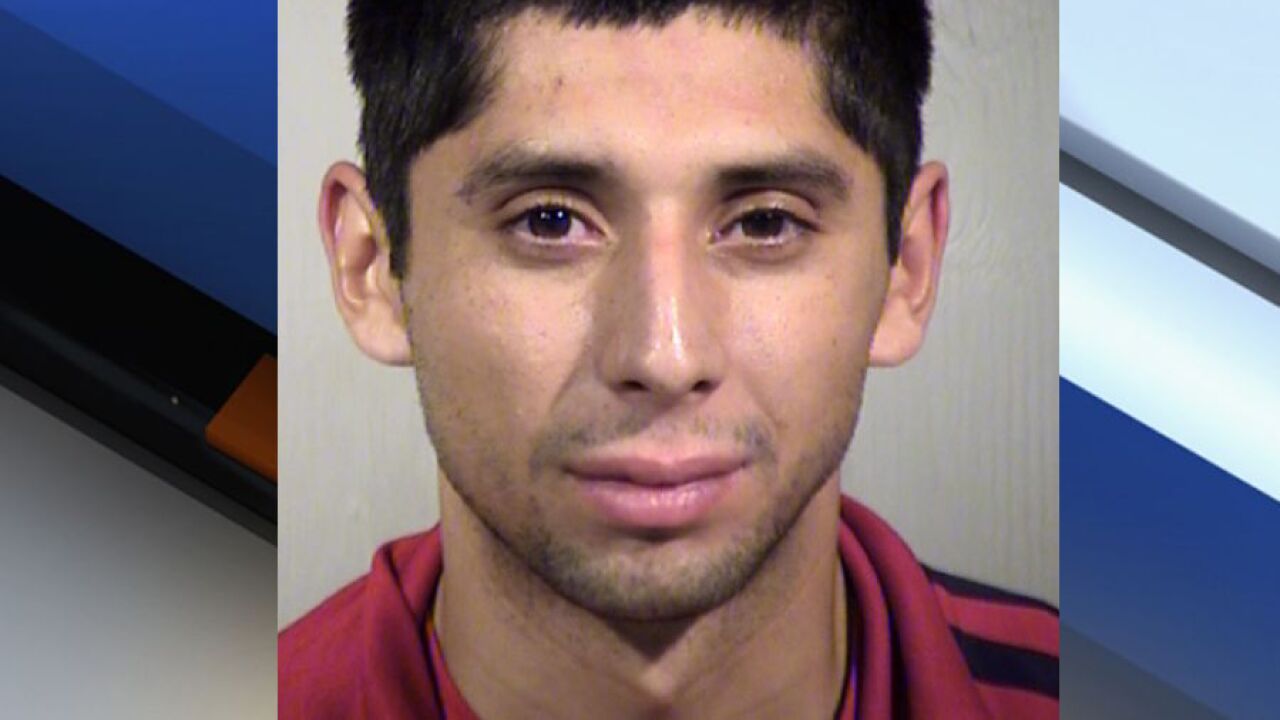 PHOENIX — A Phoenix police officer had to be evaluated by paramedics after being exposed to fentanyl Friday afternoon.

Around 3:00 p.m., officers responded to 25th Street and Glenrosa Avenue to investigate a theft nearby.

While investigating the call, they detained Daisy Nayarez, 26, and Adrian Valentine Ruiz, for possession of dangerous drugs.

Police say an officer accidentally came in contact with fentanyl pills while searching the suspects' belongings.

The Phoenix Fire Department says the officer was evaluated but showed no signs or symptoms from the exposure.

The officer did not require transportation to the hospital.