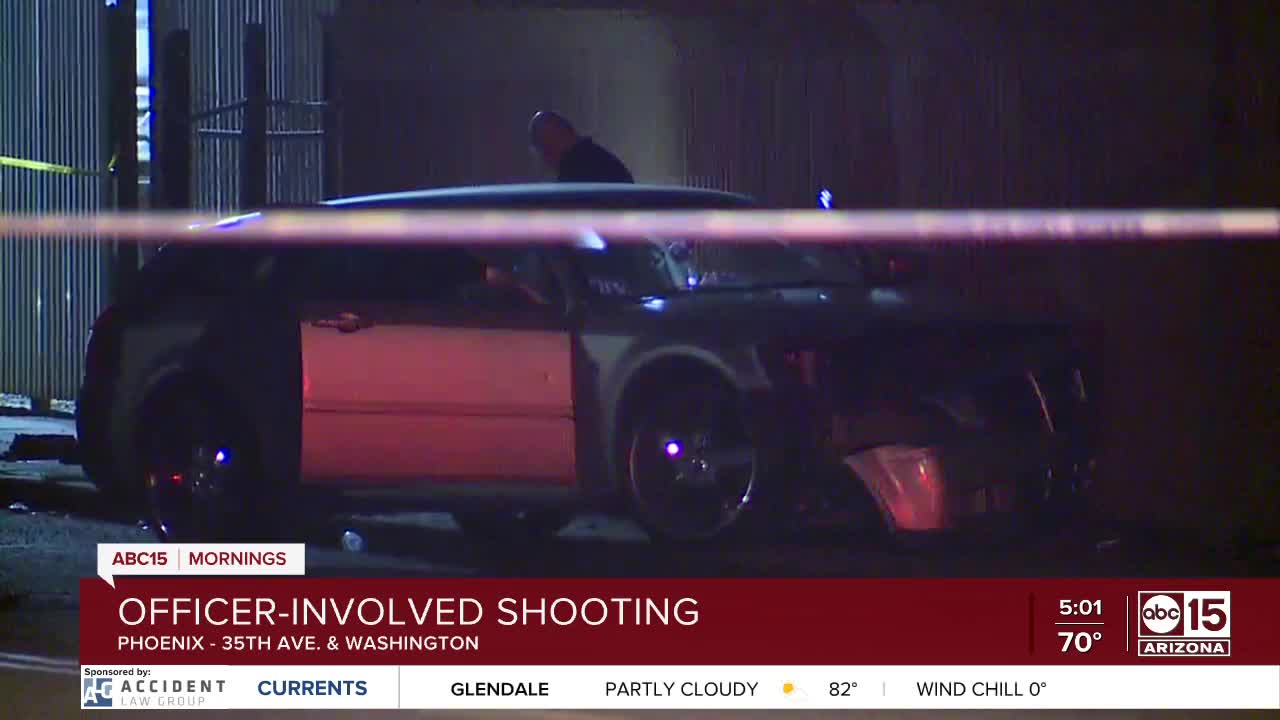 An armed suspect was reportedly shot by officers overnight following a pursuit.

The incident first began around 1 a.m. when officers were called to check on a report of shots fired from a vehicle during an argument between a man and woman near 27th Avenue and Indian School Road.

Another shot was fired from the car as it pulled away and nearby officers located the vehicle. They attempted to stop the vehicle but the driver did not comply and a pursuit was initiated.

Near 35th Avenue and McDowell Road, the suspect driver struck another car and continued southbound on 35th Avenue.

The driver lost control near 35th Avenue and Washington Street and a woman fled from the passenger side of the car, yelling for help. The driver, a 21-year-old man, also exited the car with a rifle. The suspect fired the rifle at officers and an officer returned fire.

The suspect, who continued to be non-compliant, was taken into custody after two stun-bag rounds were deployed at him. Officers provided medical attention at the scene before he was taken to the hospital.

Police say the suspect is in serious condition.

The passenger was not hurt, and no officers were injured during the incident.

The officer involved in the shooting is a 25-year-old man with four years of service.