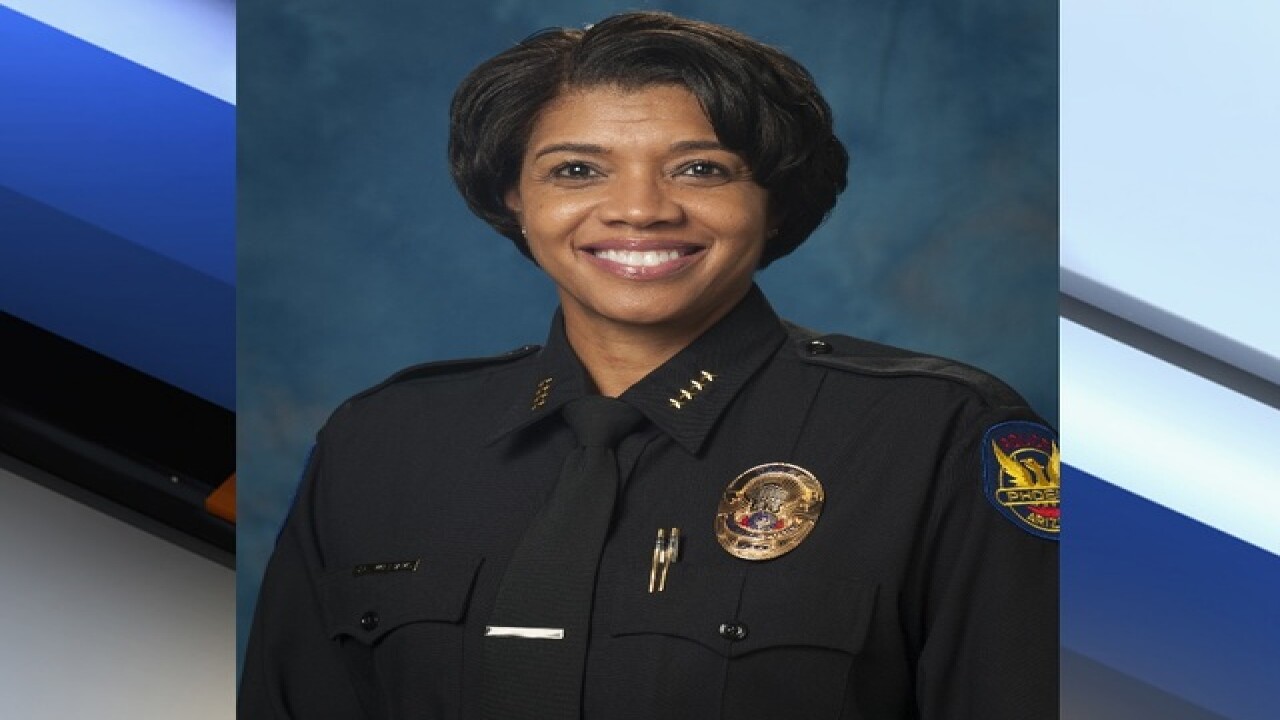 Phoenicians are getting to know their new Phoenix police chief!

RELATED: One on one: Jeri Williams introduced as new chief of Phoenix Police Department

Residents had a lot of question — including how she'll tackle race issues.

"I know I'm black, you know I'm black, I can walk in a room and you see that I'm black but I'm not just a black police chief, I am everyone's police chief," she said.
Immigration issues were also discussed when a man who was concerned about immigration and deportation plans under President-elect Donald Trump asked what would happen.
"I take an oath of office as do all the officers to uphold the law," she said. She said she can't predict if the law will change but says she is committed to helping victims of crime.
RELATED: Phoenix Suns player, Alan Williams, talks about his mom, Jeri Williams, as new Phoenix police chief
"Quite frankly I don't want to be political about it," she said. "I am the police chief and the police chief protects and serves the people in her community and that's what her officers do in this case."

Another man brought up his worries about staffing shortages as Laveen keeps growing.

"I was really encouraged that she was talking about staffing almost immediately," said Tony Berastegui. "I don't want her to forget us."

Block watch members also came out to meet the chief and learn how they can help in their own neighborhoods.

"We got a real feel for who she is and she's genuine," said Jennifer Rouse.