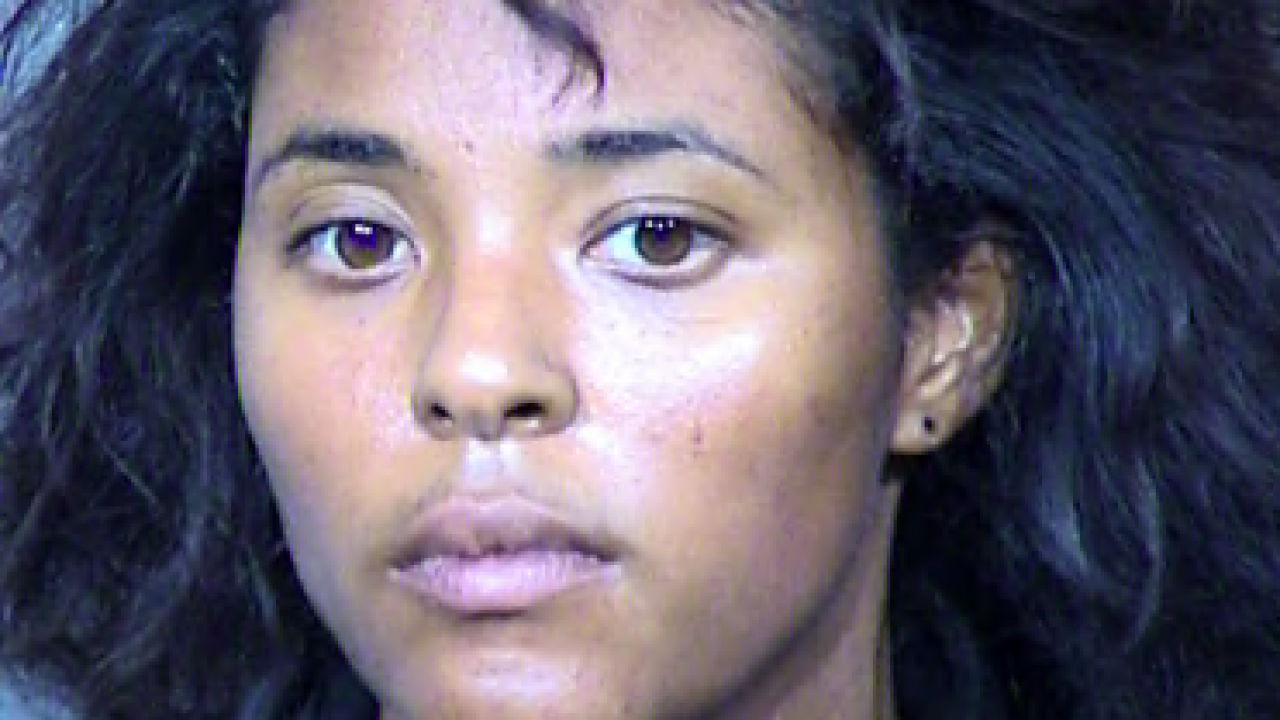 PHOENIX — Police say a 27-year-old woman was arrested after allegedly attacking a pregnant woman who she believed was carrying a “demon baby.”

Diamond Andrea Martinez was arrested early Sunday after police say she approached a woman and her 12-year-old sister in downtown Phoenix around 1 a.m.

Police say the victim, who is seven months pregnant, reported Martinez punched and kicked her. She also allegedly assaulted the victim's preteen sister who stepped between Martinez and the pregnant woman to stop the attack. During the attack, Martinez told the victim her unborn child was a demon, according to police documents.

When patrol officers arrived at the scene, Martinez was seen on top of the pregnant victim, still attacking her and grabbing her by the hair. Both victims had visible injuries.

It's unknown how severe the injuries the victims sustained were, or whether the woman's baby was harmed.

Martinez was booked into jail on aggravated assault charges.