Phoenix mom hopes Congress will investigate the death of her daughter, a U.S. Airman 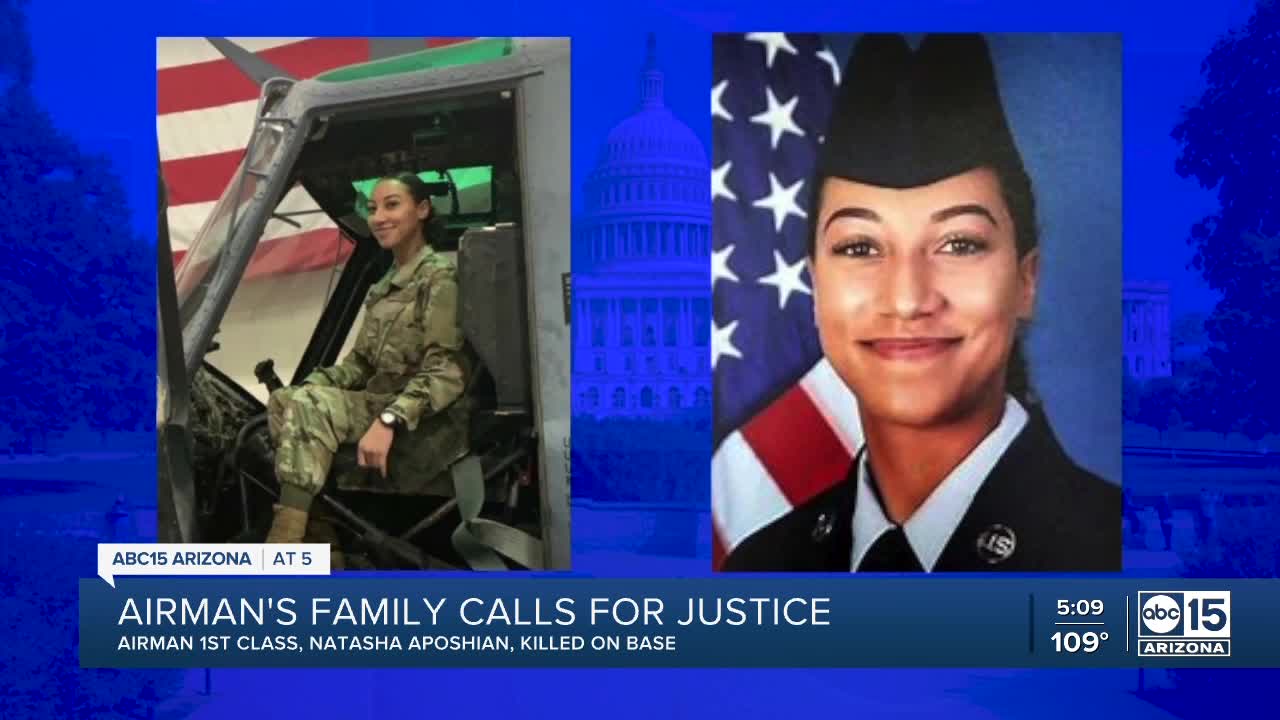 Aposhian said her daughter was killed after weeks of abuse by another airman she had been dating. After killing her daughter, the airman killed himself.

PHOENIX — Airman 1st Class Natasha Raye Aposhian's dream was to serve her country. That dream would last only a few months into her first assignment at the Grand Forks Air Base in North Dakota.

"I am the mother of another murdered young servicewoman," Megan Aposhian said as she stood before reporters on Monday to call for a Congressional investigation into the killing of her daughter.

Aposhian said her daughter was killed after weeks of abuse by another airman she had been dating. After killing her daughter, the airman killed himself.

Megan Aposhian joined Arizona State Senator Cesar Chavez (D) Phoenix, District 29, who is among 400 state lawmakers who are part of the National Hispanic Caucus of State Legislators, calling on Congress to investigate the deaths of Airman Aposhian and Army Spc. Vanessa Guillen. Guillen's body was recovered last week after she went missing two months ago. Her alleged killer, Spc. Aaron Robinson, took his own life.

"It is time to end this fraternity culture in the military and any other law enforcement entity," Chavez said.

One in four women are victims of domestic violence at some point during their lifetime, according to the National Coalition against Domestic Violence. It's a grim statistic as much a part of military life as it is in society at large.

Megan Aposhian said her daughter told her she was going to seek help, but she wonders now why no one seemed to respond. More than a month after her death, Aposhian knows little about the circumstances that led up to it.

Megan Aposhian says she wants all of the reports, and all of the information related to her daughter's death.

"She is my baby girl. And as her mother, I deserve to know the truth."

Megan Aposhian hopes a Congressional investigation will reveal what she has been unable to learn from the Air Force.

Arizona Senator Martha McSally contacted the Air Force on behalf of the family. In a June 30 letter to Senator McSally, the Air Force said Airman 1st Class Aposhian's death is still under investigation.