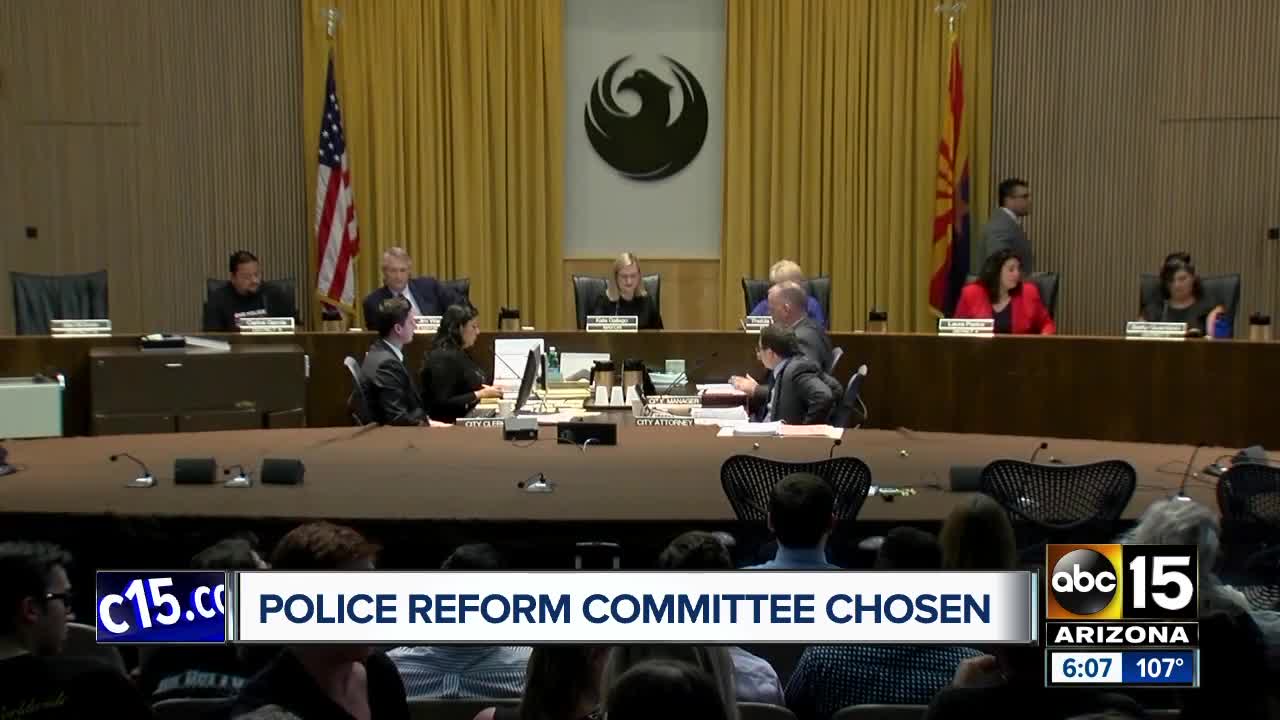 PHOENIX — Phoenix Mayor Kate Gallego released the names of a 19 member Ad Hoc Committee. Their goal will be to improve the relationship between the Phoenix Police Department, its officers, and the community it serves.

"This is incredible what they are doing in Phoenix right now," says Reverend Gerald Richard.

As director of the Human Services Division for 20 years, Reverend Richard was the highest-ranking civilian in the Phoenix Police Department. Often he was called upon to be the department's point person with the community.

"What I like about this, you're bringing a whole family together to say we need to have a solution," Richard said.

The committee's creation is the result of a cellphone video which went viral in June. It showed a controversial interaction between Phoenix police officers and a family accused of shoplifting underwear and a doll.

"This is now the fourth time that I personally have been involved in this," human rights attorney Diane Post said.

Post sat on several committees charged with finding ways to improve the relationship between Phoenix police and the communities they serve. But she says those final reports ended up collecting dust somewhere. The recommendations never implemented.

"I am a little short on hope," Post said, "I do hope that it works, but I wish they would take a broader look."

The committee will begin its work at the end of the month. It will submit its recommendations in June of 2020.