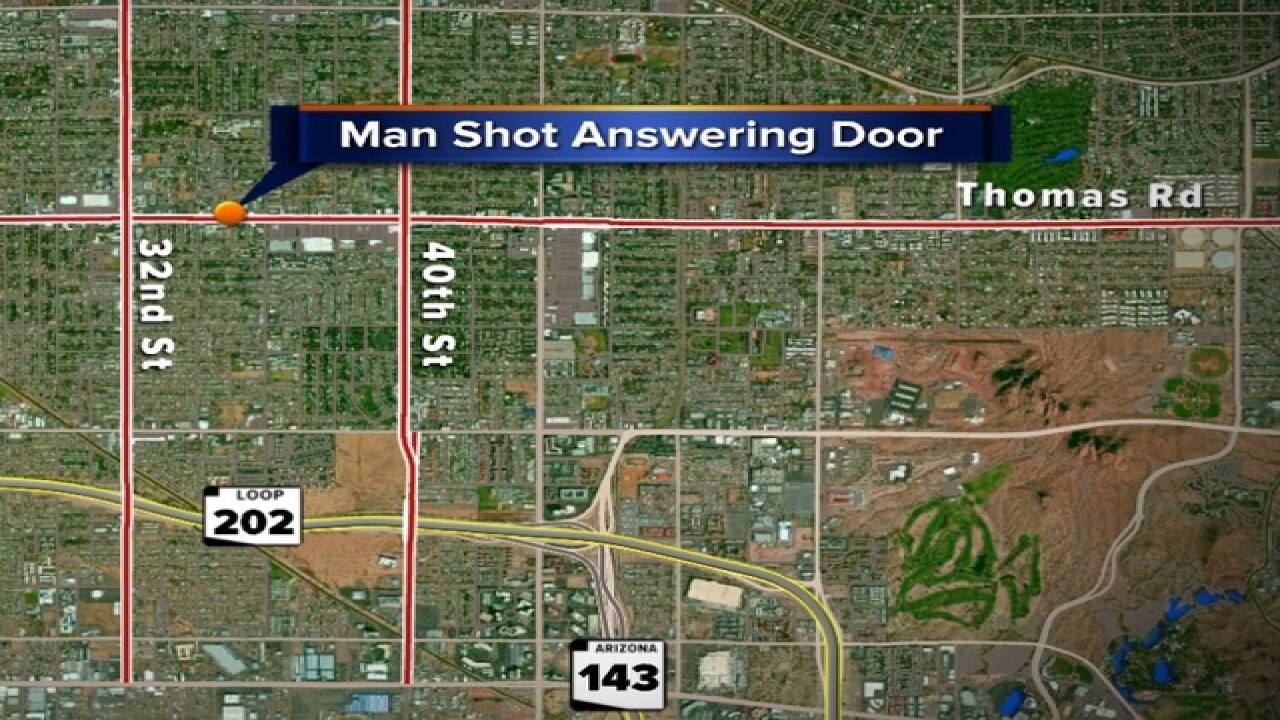 Police are investigating after a Phoenix apartment resident was shot and injured by someone at his door early Thursday morning.

Around 3 a.m., police say a man heard a knock on the door near 35th Street and Thomas. Before he could answer the door, a suspect (or suspects) forced entry and shot him two times.

He was taken to the hospital in critical but stable condition for treatment.

Five people were in the apartment but nobody other than the man was shot.

At this time, no suspect description is available.