Phoenix man says he was attacked in possible hate crime 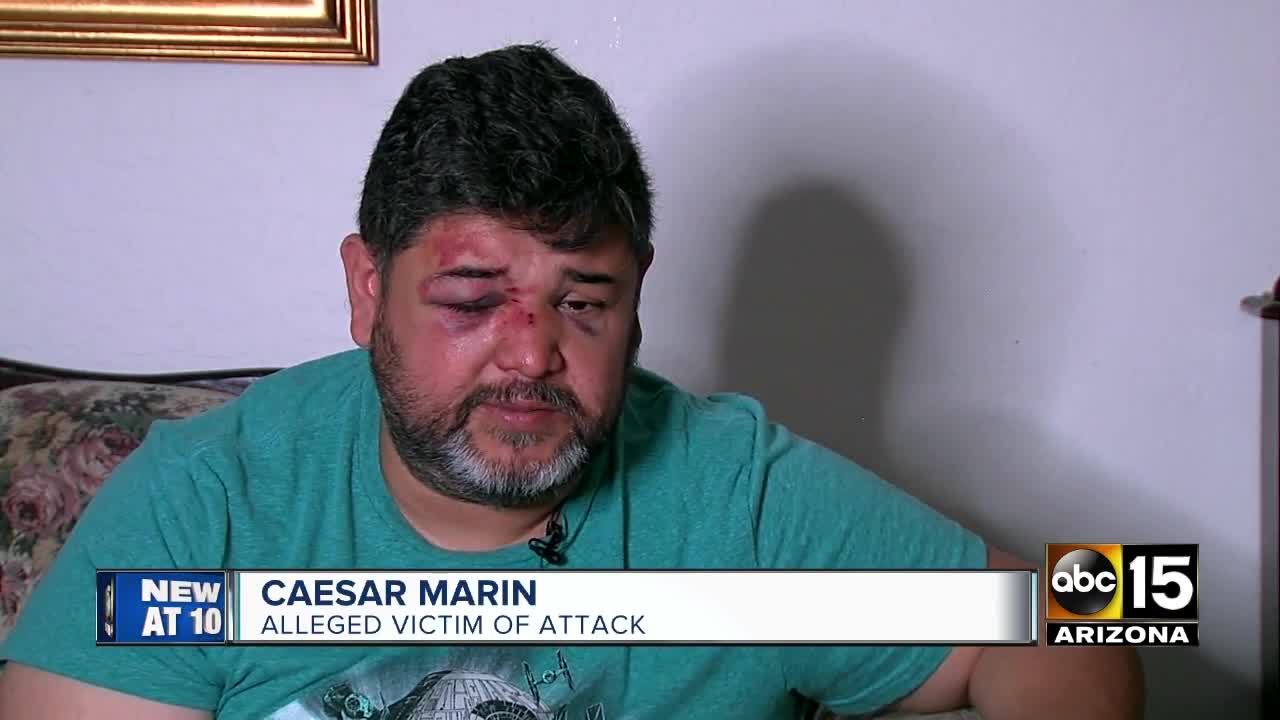 Caesar Marin describes his injuries as severe, with a broken nose, two black eyes, with bruising and scratches on his body. 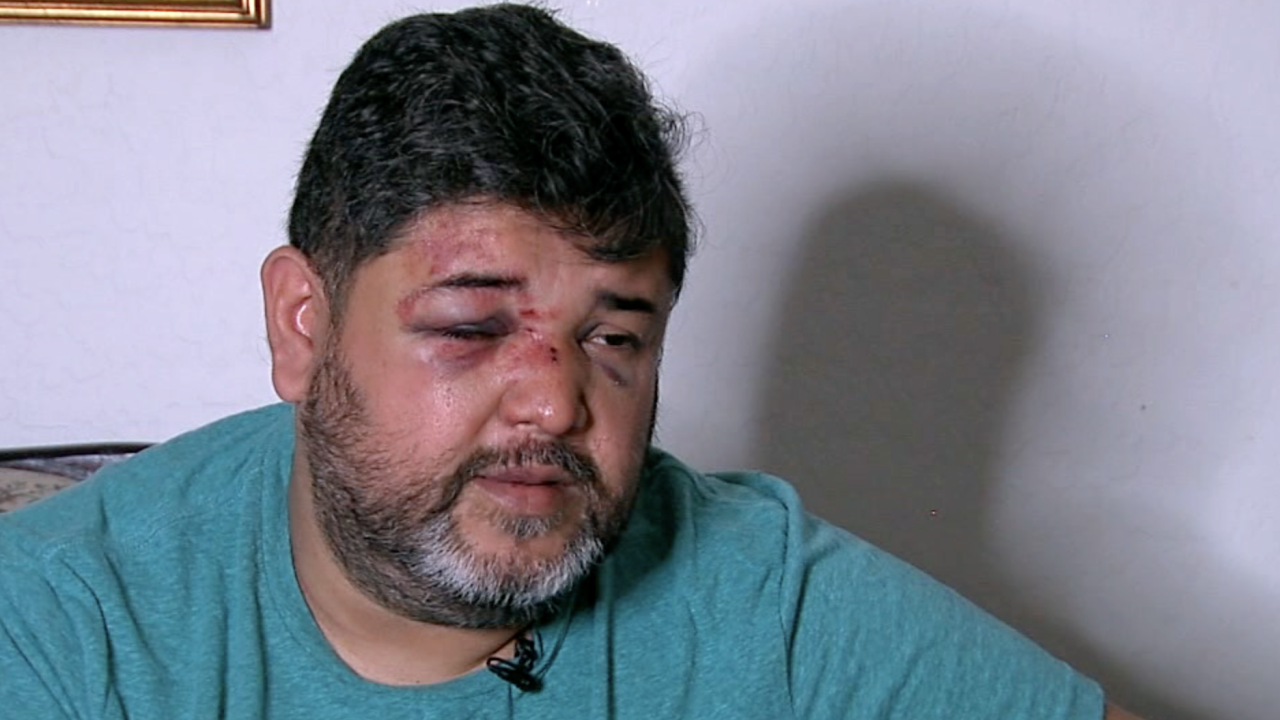 PHOENIX, AZ — A Phoenix man is recovering after he says he was attacked by a group of people in Downtown Phoenix Friday night.

Caesar Marin describes his injuries as severe, with a broken nose, two black eyes, with bruising and scratches on his body.

"I just wanted it to stop, I felt like I was gonna die, I didn't know how to defend myself, how to protect myself."

Marin says he was driving back home after getting some food with friends, when just south of 1st and Washington streets. He says a female walking across the street threw a cigarette into his car hitting him in the head.

"I don't know why she did what she did but she started walking on the passenger side of my car and she was just looking at me and she took a puff of her cigarette and she called me an (expletive) and she grabbed her cigarette and flicked it."

That's when Marin says he turned his car around and got out of the vehicle to remove the cigarette, at which time he says he was jumped.

Wesley Heath who works at a restaurant near the corner of 1st and Washington streets saw the aftermath of the fight and took video on his cell phone of what he says is friends of the people involved in the attack against Marin.

"I assume they were all involved because they were like, 'you guys need to run, run,'" said Heath.

Marin says he didn't provoke anyone and believes he was attacked and singled out because he's gay.

Phoenix police confirm they are investigating the incident and have collected a cigarette and an earring as evidence.

Police have not said if they are classifying this as a hate crime or will be in the future.