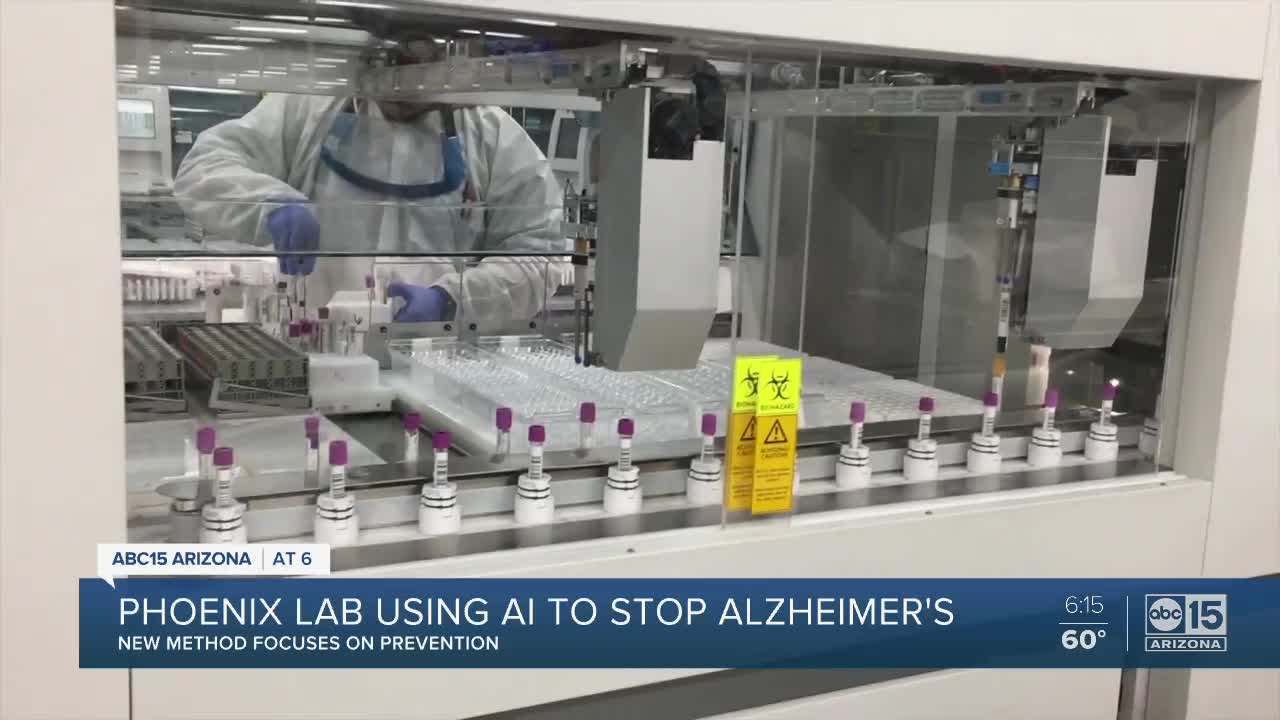 A Phoenix lab is using artificial intelligence to battle Alzheimer's by focusing on prevention.

Arizona has the fastest growing rate of Alzheimer's disease in the country. According to a 2018 report released by the Alzheimer's Association, in the next few years, the number of people living with the disease in Arizona is expected to increase by 43 percent.

Tom Leggett, the business development director at Sonora Quest Laboratories, said the goal of RestoreU is to stop the disease by focusing on prevention.

"We're looking at over 26 different lab tests that we run in the lab. All of that information is taken-- along with a medication list from the patient, the lifestyle patient, how they sleep, what's their stress level, do they meditate," he said.

AI is then used to interpret the data and come up with a treatment plan specific to the patient. A coach then follows up with the patient.

"We see patients that have been scientists or CEO of companies. Then you see the dramatic change and then the dependence that comes or the feeling of helplessness or hopelessness that comes," said Dr. Sachdeva. "It changes the whole dynamic at home. It's huge."

He said the RestoreU program has been successful in his practice.

He said the focus on prevention has made a big difference.

"There's no real cure for dementia. So might as well catch them early and try to prevent any reversible factors that can be identified," said Dr. Sachdeva.

About 150 doctors are already using the RestoreU program in the state.