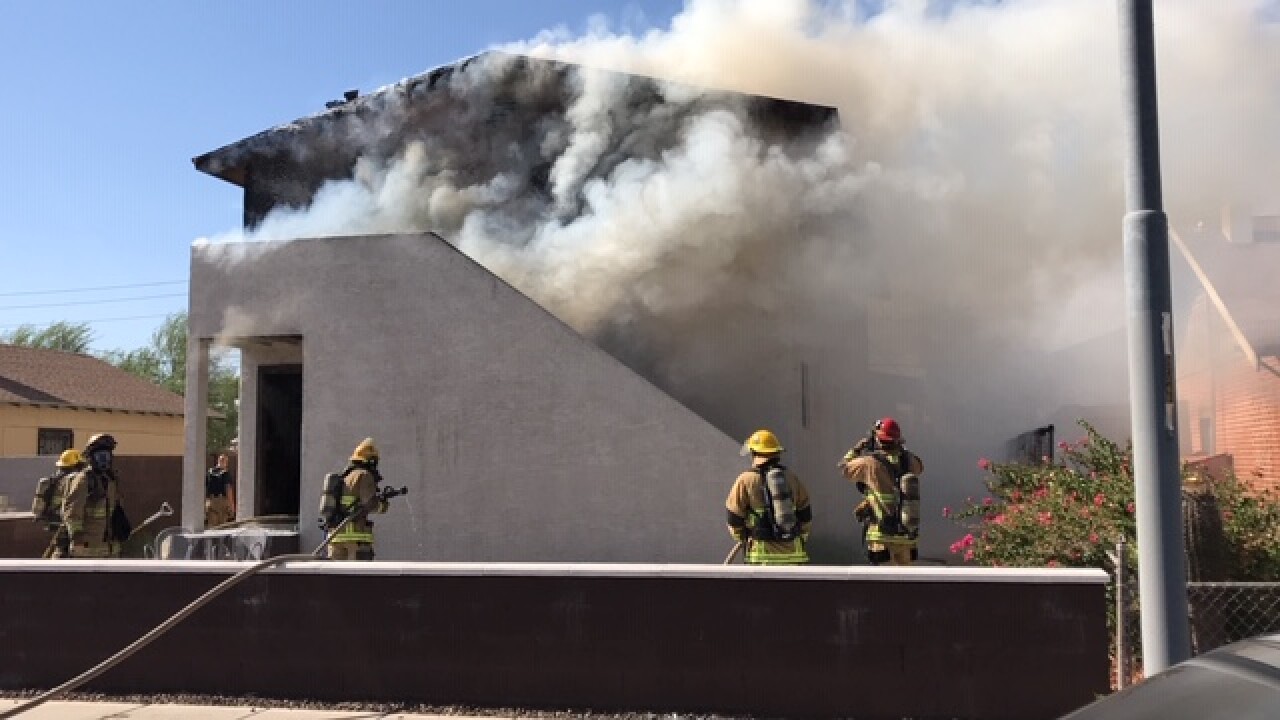 PHOENIX — Two people leaped from the windows of their apartments on Wednesday after a two-story complex caught fire in Phoenix, according to the Phoenix Fire Department.

In an email, a spokesperson for the fire department said both people were evaluated by paramedics and that both of them declined to be transported to the hospital. In total, 12 people have been displaced because of the fire, the spokesperson said.

Firefighters responded to the apartment complex near Polk Street and 13th Avenue after neighbors across the street reported seeing fire on the second floor. Fire crews found "a large volume of fire and heavy smoke upon arrival," the spokesperson said.

Firefighters carried hoses up a narrow staircase while other firefighters cut holes in the building's roof "to remove smoke and heat in order to support the firefighters inside," the Phoenix Fire Department said. At the same time, fire crews also had to make sure residents evacuated safely.

The cause of the fire was not immediately known. No firefighters were injured.