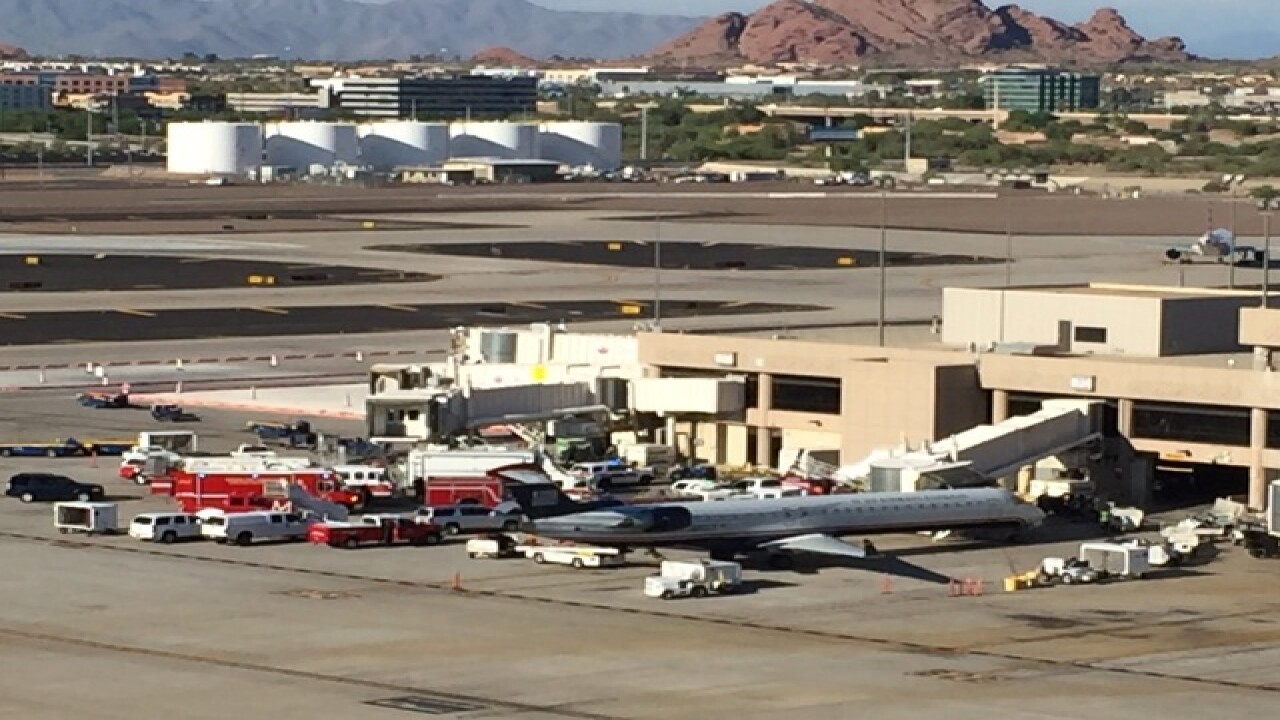 Authorities are investigating an unknown substance found on board a plane parked at a gate at Phoenix Sky Harbor International Airport.

According to Sgt. Jon Howard, police were called to the airport Monday afternoon when crews found the unidentified powder while cleaning the plane. No adverse effects were reported, but officials responded to the scene as a precaution.

Pictures from the scene showed Phoenix Fire Department vehicles parked next to an American Airlines jet at Terminal 4.

Howard said police officers and firefighters searched the plane, but could not find the substance reported by the cleaning crew. No people who had been in the vicinity displayed any adverse symptoms, Howard said.

The incident was not impacting other arrivals and departures, according to airport officials.