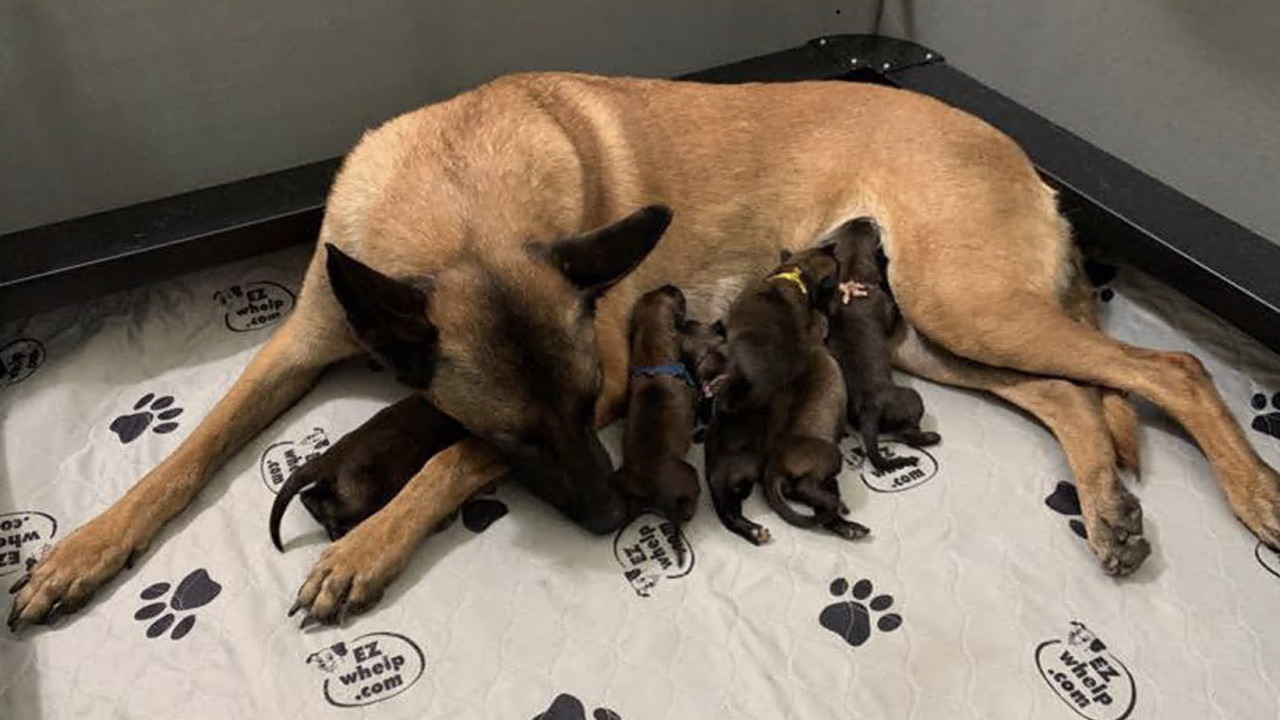 PHOENIX — There are 24 new paws to patrol! A Phoenix company announced Monday its drug detection K-9, Pi, had a litter of six new pups!

The six dogs, two males and four females, are reported to be happy, healthy and enjoying life.

Pi is a 5-year-old Belgian Malinois that belongs to Phoenix-based K-9 Defense - a company that provides working canines to law enforcement agencies throughout the U.S.

Before "pupernity" leave she spent her days sniffing for drugs at Desert Drug Dog, a private detection company.

Her mate, Train, is a 1-year-old Belgian Malinois in training to become a police dog.

"We're going to have to wait a bit to weed out which of the pups qualify for the rigorous police dog training program," said K-9 Defense Owner George Daniolos.

Daniolos says training begins in the first few weeks of a puppy's life and is stimulating and fun for the dogs.

"In the meantime, we will hash out some possible names-and no, we will not use Mary Jane," added Amy Halm, owner of Desert Drug Dog.

Halm, of course, is referring to the dogs being born on 4/20, which is a "holiday" known for consuming cannabis.