Phoenix crews helping search for man who fell in sinkhole in Hermosillo, Mexico 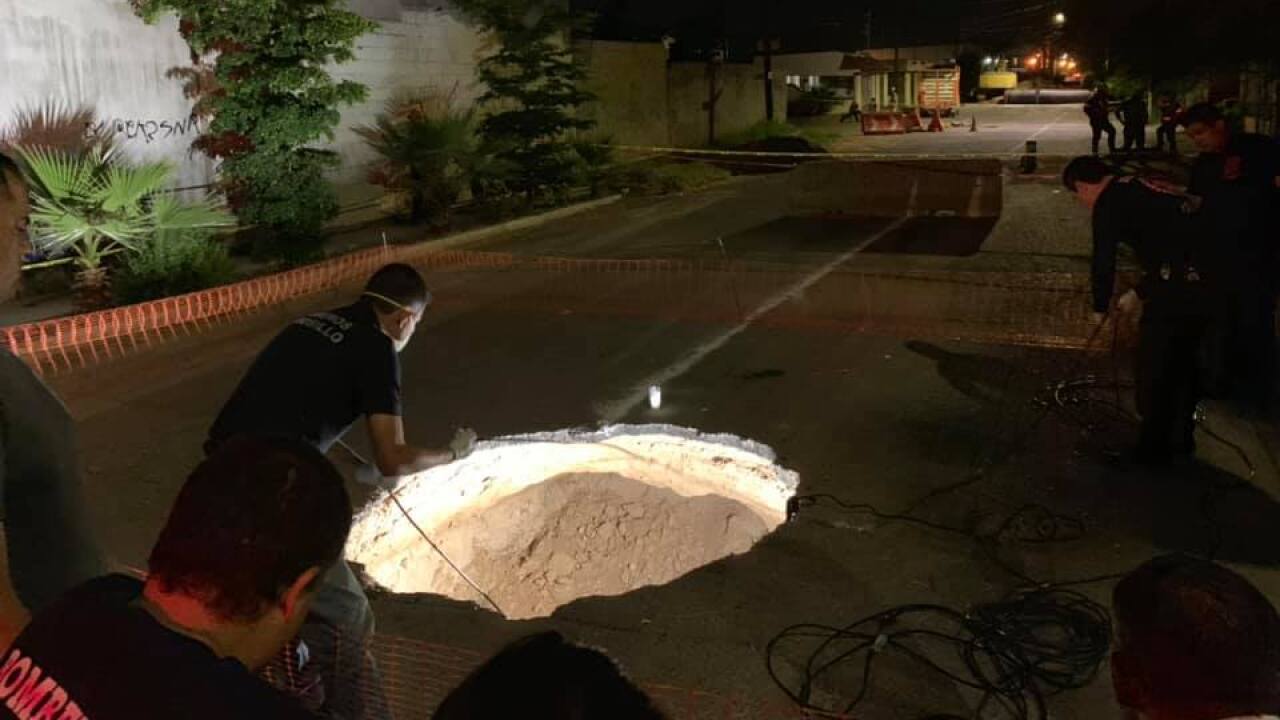 HERMOSILLO, MEXICO — Crews from the Phoenix Fire Department are helping Mexican officials search for a man who was reportedly swept away after falling into a sinkhole earlier this week.

Technical advisers from Phoenix Fire Department were flown to Hermosillo, Mexico, Friday morning to help with the rescue operation.

Officials say a man fell into a large sinkhole and was washed away in a storm drain. He has been missing since Monday.

According to a press conference streamed by news organizations in Mexico, additional crews from Phoenix and Jauarez are headed to the area to help figure out the best plan to attempt to find the man.

Officials say there are several different drainage pipes and different lines where he could have gone through, so they’re in a trial and error period in hopes of locating him.