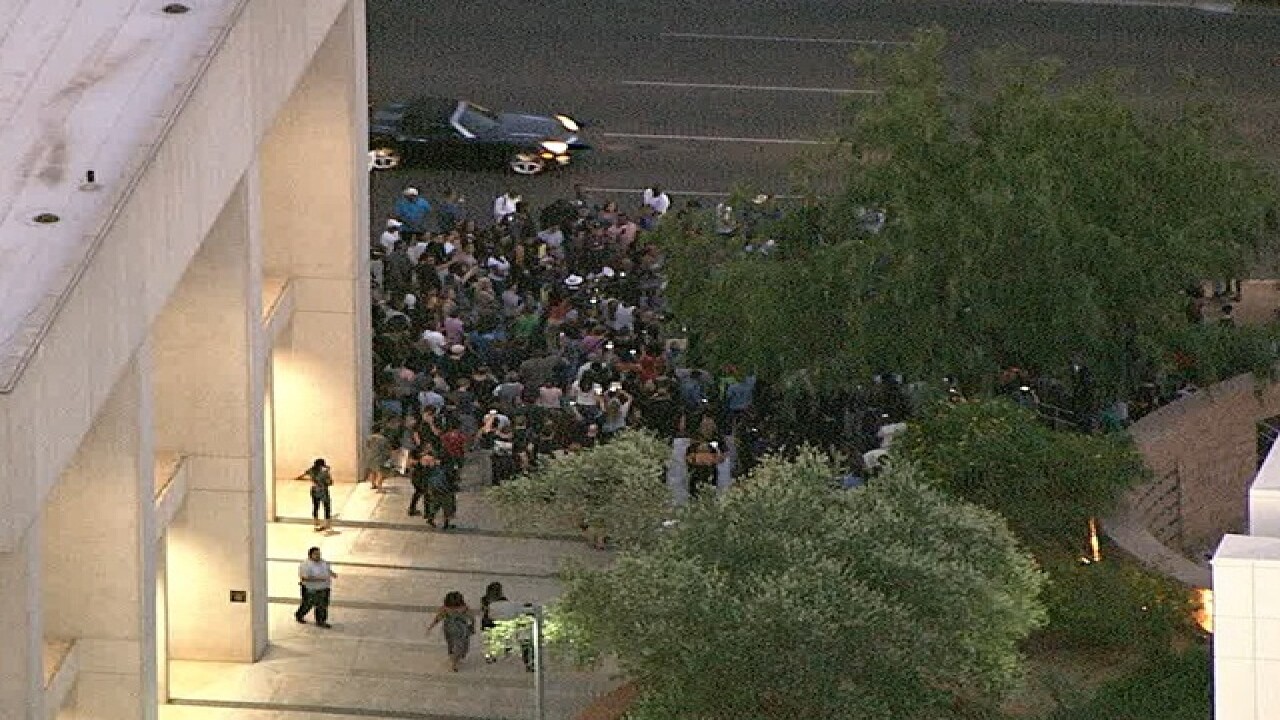 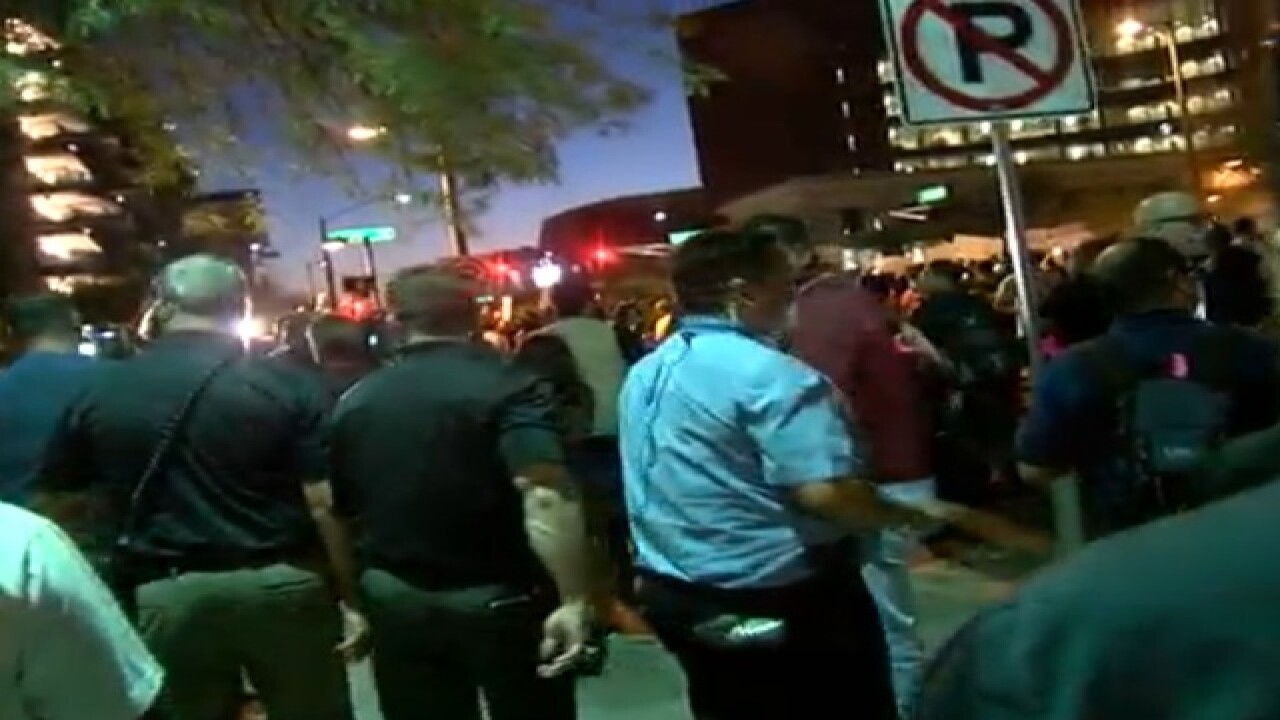 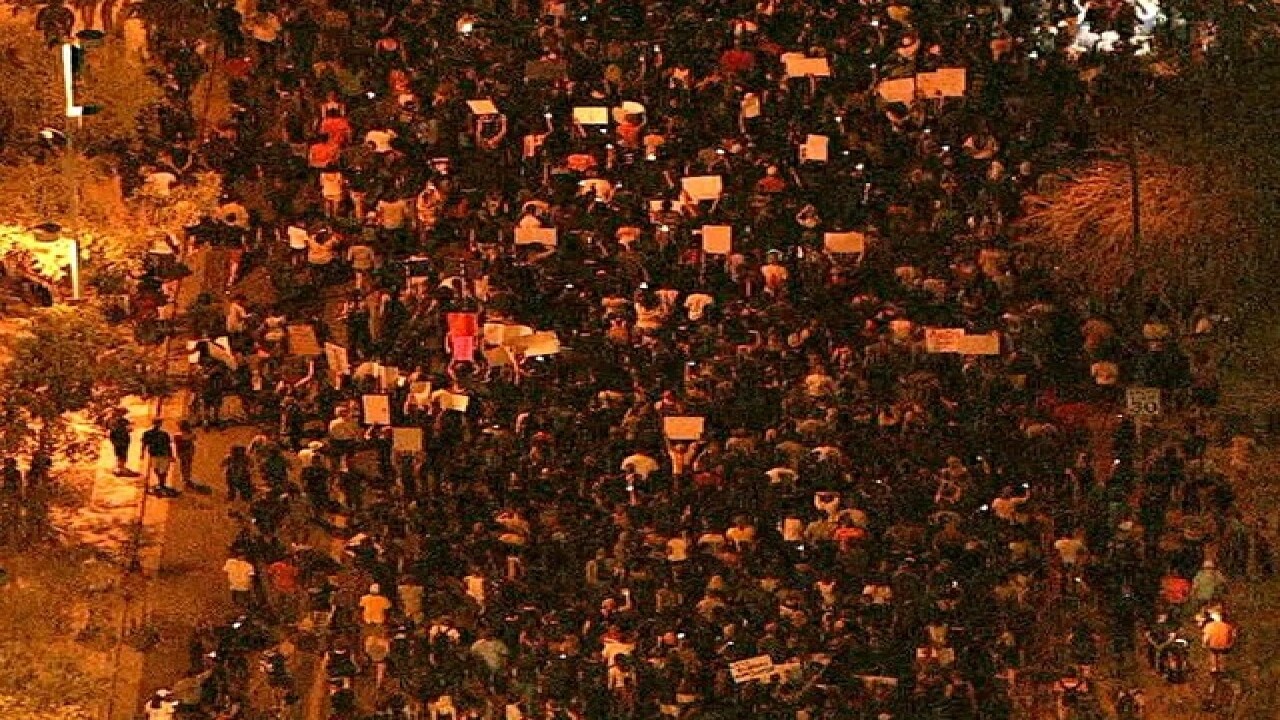 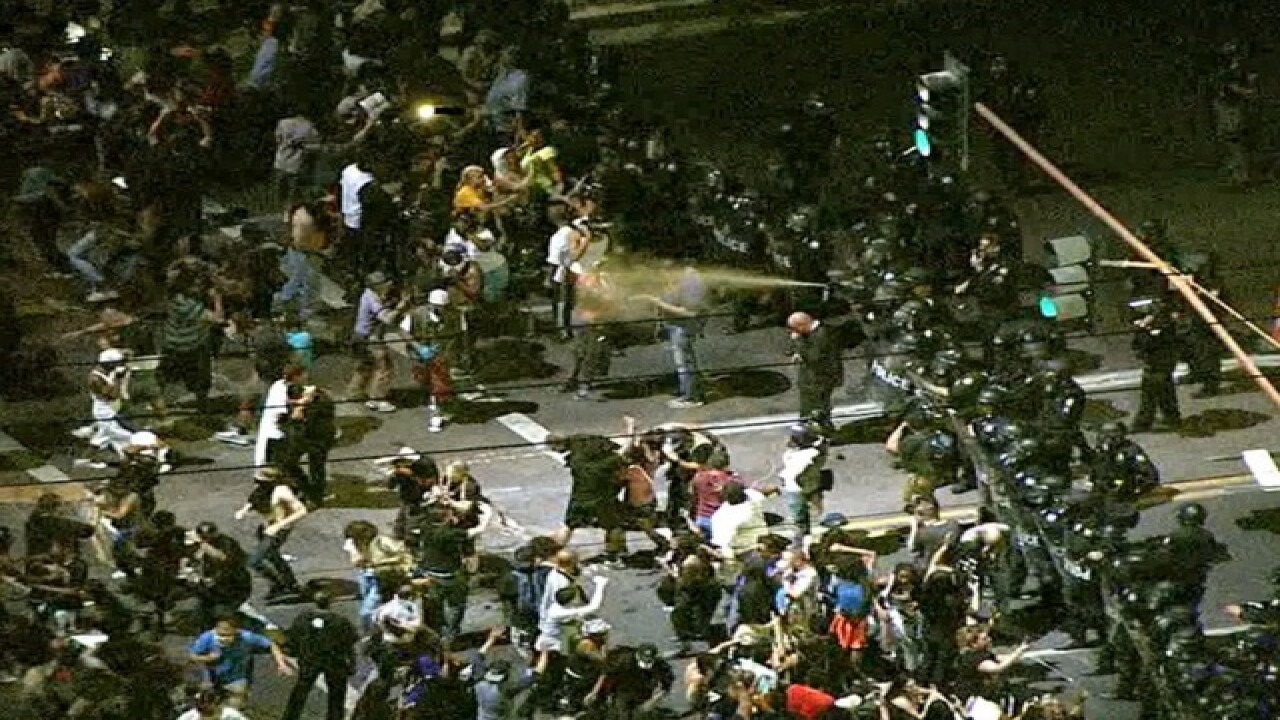 About 1,000 people chanted "black lives matter" and "hands up, don't shoot" as they marched.

Minor scuffles broke out when a man wearing a "Make America Great Again" T-shirt and holding a Donald Trump campaign sign interrupted the protest. Police pulled the man aside to let the marchers continue.

Around 9:15 p.m., Maupin said they were changing the march route and planned to shut down Interstate 10.

The Arizona Department of Transportation tweeted that multiple Interstate 10 ramps were closed.

DPS: PHX protestors who try to block I-10 will be arrested. On ramps to the 10 are closed at 7 St to car traffic now pic.twitter.com/0Vw46KlrLF

Officials say six people were injured. The extent of their injuries are unknown. Police say three people were taken into custody for throwing rocks at officers.

The event -- also said to be a vigil for Alton Sterling and Philando Castile, both recently shot by police officers -- was planned and scheduled before the deadly turn of events in Dallas.

Gunmen shot and killed five police officers and wounded seven others during a protest over fatal police shootings of black men in other states, authorities said. It appeared to be the deadliest day for U.S. law enforcement since the 2001 terrorist attacks.

Mayor Greg Stanton released a statement later on Friday morning, urging protesters to reschedule the event "in light of the horrific events in Dallas" and "for safety's sake".

Stanton said, "If the organizers choose to go forward and exercise their First Amendment rights tonight, the City of Phoenix will do everything in our power to make sure the public, and our police officers are safe."

Authorities and community activists also weighed in on the decision to go forward with the Friday rally.

"We cannot let domestic acts of terrorism, acts of domestic terrorism, which is what occurred in Dallas, prevent us from being civil rights activists or prevent the police from being law enforcement officers," Rev. Jarrett Maupin said.