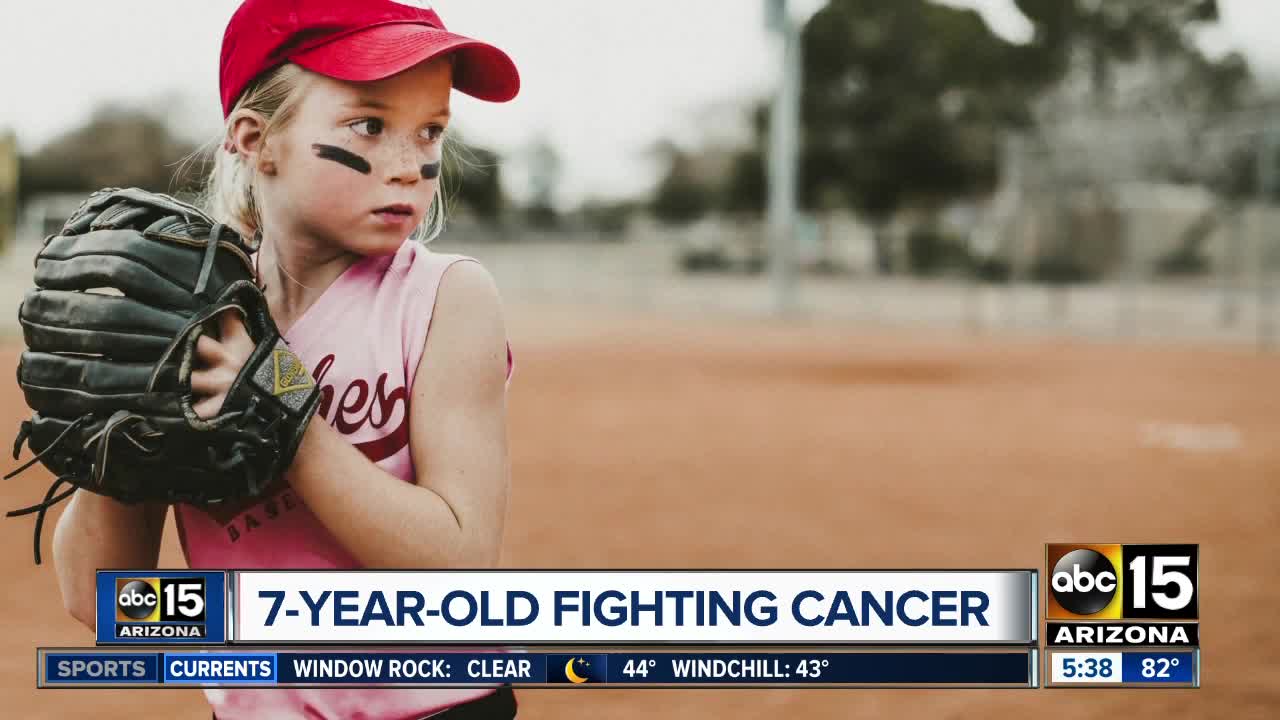 September is Childhood Cancer Awareness Month, and at Phoenix Children's Hospital, there's a campaign to raise $1 million for the Center for Cancer and Blood Disorders. 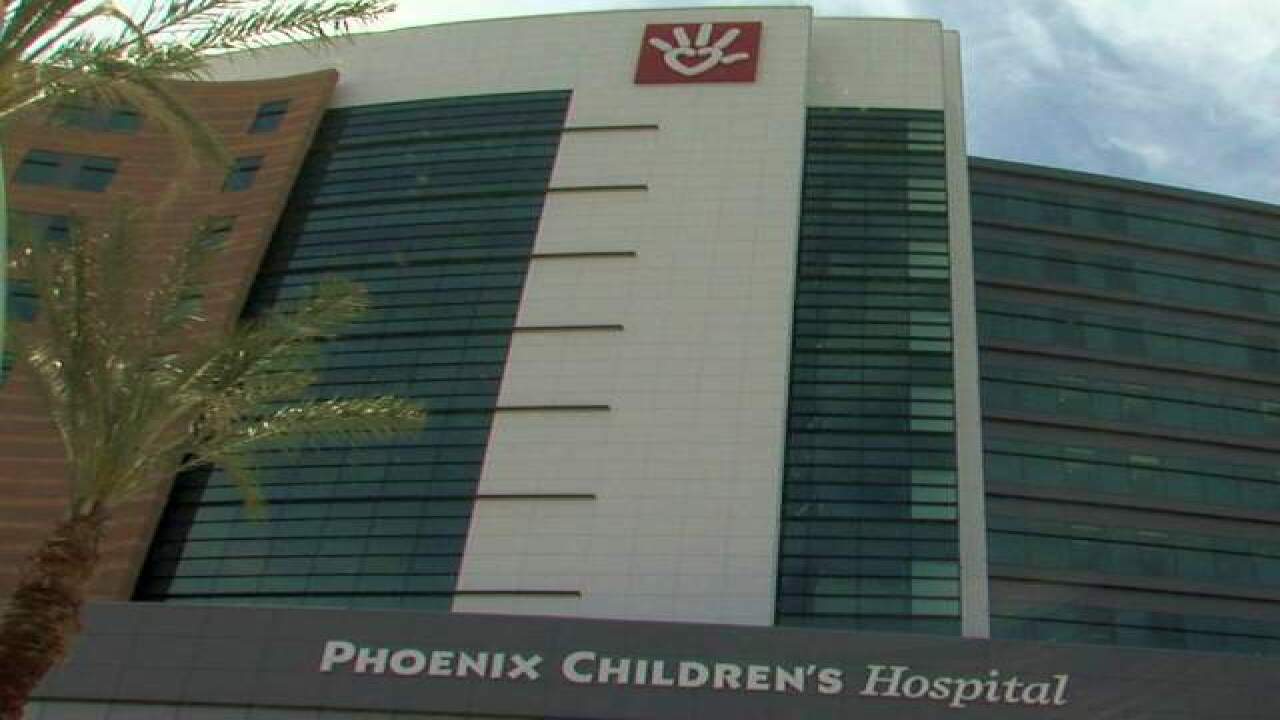 PHOENIX — September is Childhood Cancer Awareness Month, and at Phoenix Children's Hospital, there's a campaign to raise $1 million for the Center for Cancer and Blood Disorders.

Seven-year-old Leighton Accardo from Gilbert is one of 100 kids who gets care at the center every day.

Leighton, the third of four kids, always been active. Her entire family is made of athletes. Her father Jeremy Accardo is a former MLB player and a coach for the New York Mets.

She's been an athlete and competitor since she was three years old, but these past few months, she's had to use her strength to fight the toughest opponent -- cancer.

"She woke up one morning and the pain was beyond anything we had seen her go through or she had experienced," explained her mother Carly Accardo.

In May, doctors found a huge mass in her abdomen and tumors on her liver and lung.

"Within a week, our daughter was getting chemotherapy, which is a parent's worst nightmare," said Accardo.

This month, Phoenix Children's Hospital will set out to raise $1 million for the CCBD to help kids like Leighton for its "Step Up. Stop Cancer." campaign. Donations fund research, care, equipment, family assistance and more at the CCBD.

Accardo says the hospital and its services have really helped her manage Leighton's care while still being able to see her other kids. She says it's been difficult because her husband is away with the Mets.

"The nurses and the child life, they help me so I can go and be with my other kids as well," said Accardo.

One of the tumors caused Leighton to lose mobility in her left foot. She hasn't been able to go back to school, and she can't play sports.

"I'm really excited to get back to that," said Leighton.

In the meantime, she keeps herself busy with arts and crafts. Leighton loves going to the hospital's playroom where they have crafts activities set up.

"As soon as Leighton wakes up, she wants to go to the craft room to see what they're making," said Accardo.

To give back this month, Leighton and her Peaches baseball team in Chandler have decided to hold a crafts supply drive.

"She knows that there are a lot of kids in and out of the hospital and craft supplies get used up, so she wants to do what she can to replenish all those craft rooms," said Accardo. "Her outlook on this whole thing...she's just had a smile on her face the entire time, so she's just amazing."

That arts and crafts supply drive is next Saturday, September 14, at Espee Park. The address is 450 E. Knox Rd., near Arizona Avenue and Warner Road in Chandler.

Here's how you can donate to the "Step Up. Stop Cancer." campaign.