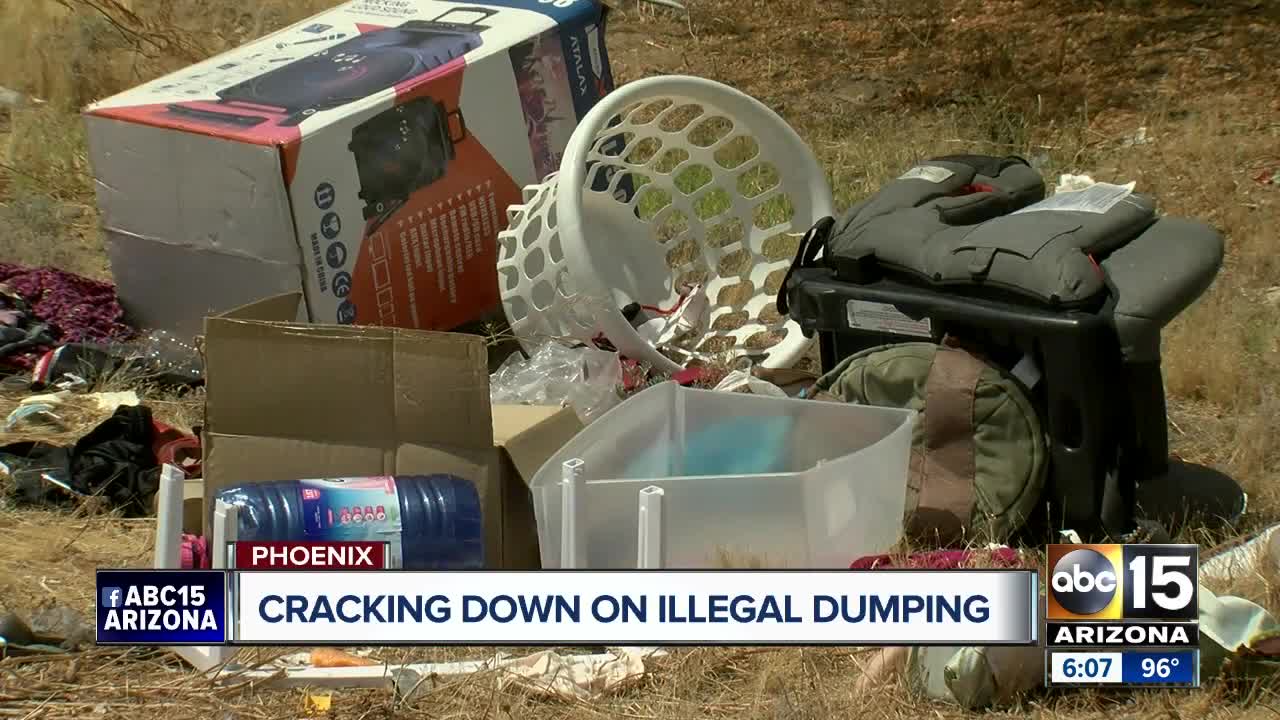 City of Phoenix cracking down on illegal dumpers. 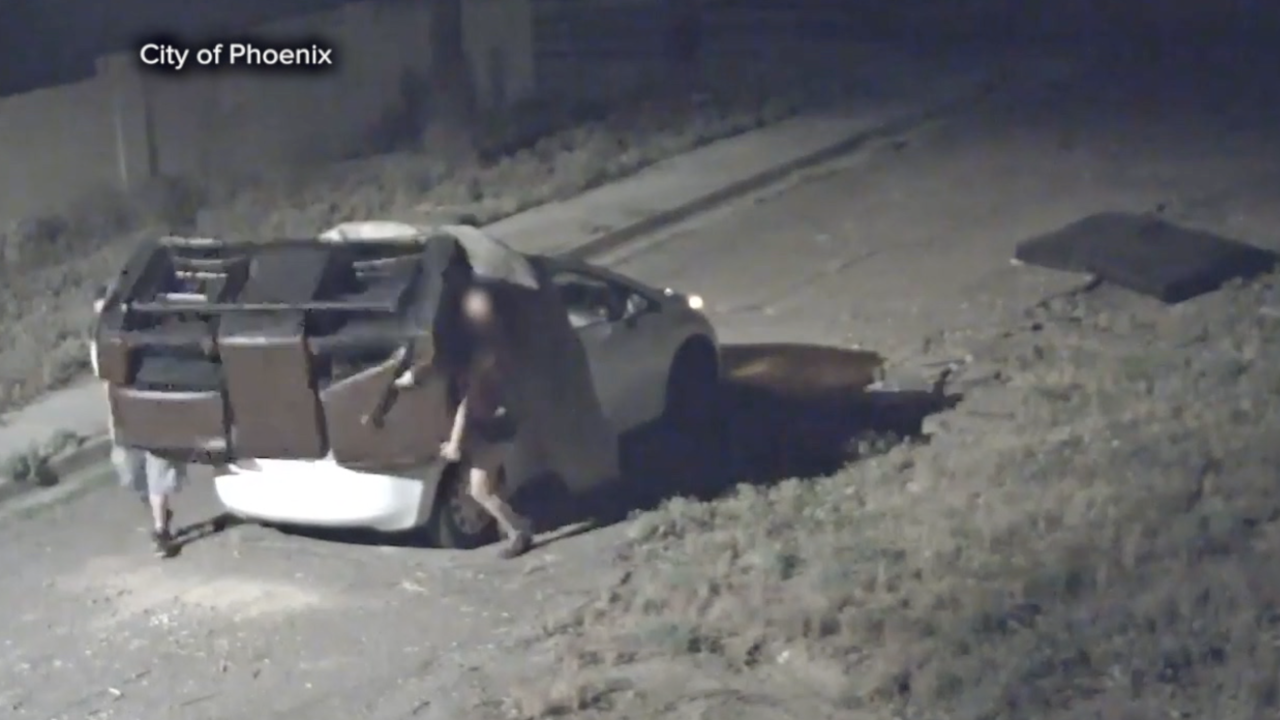 PHOENIX — The City of Phoenix prides itself on being clean, but now illegal dumpers are making it look trashy.

Jesse Duarte, deputy director of the city's public works department, says eight surveillance cameras at areas where dumping happens almost daily is helping officials catch those who dispose of trash in areas that are clearly not the dumpster.

As part of an increased effort to catch those improperly disposing of trash, the city released video from one of its cameras near Central Avenue and Baseline Road. It shows a family of three dumping a couch, a roll of carpet, furniture and other items at around 10 p.m. back in March.

"When you see illegal dumping, most of it occurs late evenings or at night," Duarte said. "Our employees are out there trying to stop [illegal dumping], and to the people who are dumping: we will catch you."

City officials say their cameras are able to capture key information like make and model of the vehicles, license plate numbers, and other identifiable information that allows them to track the suspects. The city also says many times people dump out items that contain personal information, making it possible for the city to serve people with citations.

"The city can fine you up to $2,500 plus the cost of the trash removal," said public information officer Matt Hamada.

The city has ordered an additional 14 cameras and there is a waiting list for where those cameras will go with an emphasis on current problem areas.

The city starts by posting a sign where the camera will go, alerting potential dumpers they could be fined if caught.

"The signs are a deterrent but they don't help us in finding those who are doing the dumping and we want to stop the illegal dumping," Hamada said.

"We have residents here that want to keep up their properties, keep up the area that they live in and people doing this is illegal, it doesn't look good for the residents or for the city itself," added Duarte.

The surveillance cameras are state-of-the-art and can capture clear and distinctive features like the license plates.

This, in turn, provides the city with the means of finding the culprits. The city also advises people not to approach an illegal dumper while the person is in the act.

Instead, officials suggest snapping a picture of the illegal dump and sending the information to the city.

The city also offers many ways that its residents can dispose of heavy materials such as furniture. Every quarter, the city will do what they call "bulk pick up."

They also allow residents to dispose of up to 1 ton of trash at any of the city's waste stations. If you see illegal dumping in your neighborhood and want to report it to the city you can call (602)262-6251 or visit the city's website.