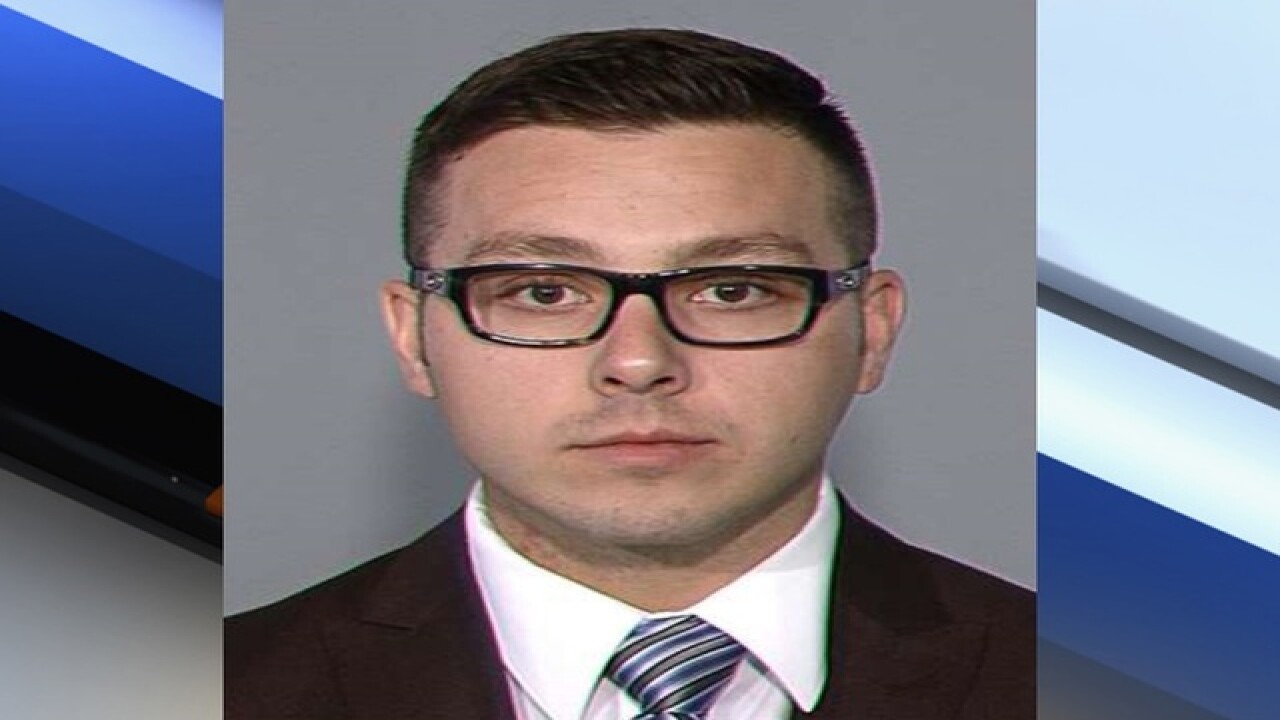 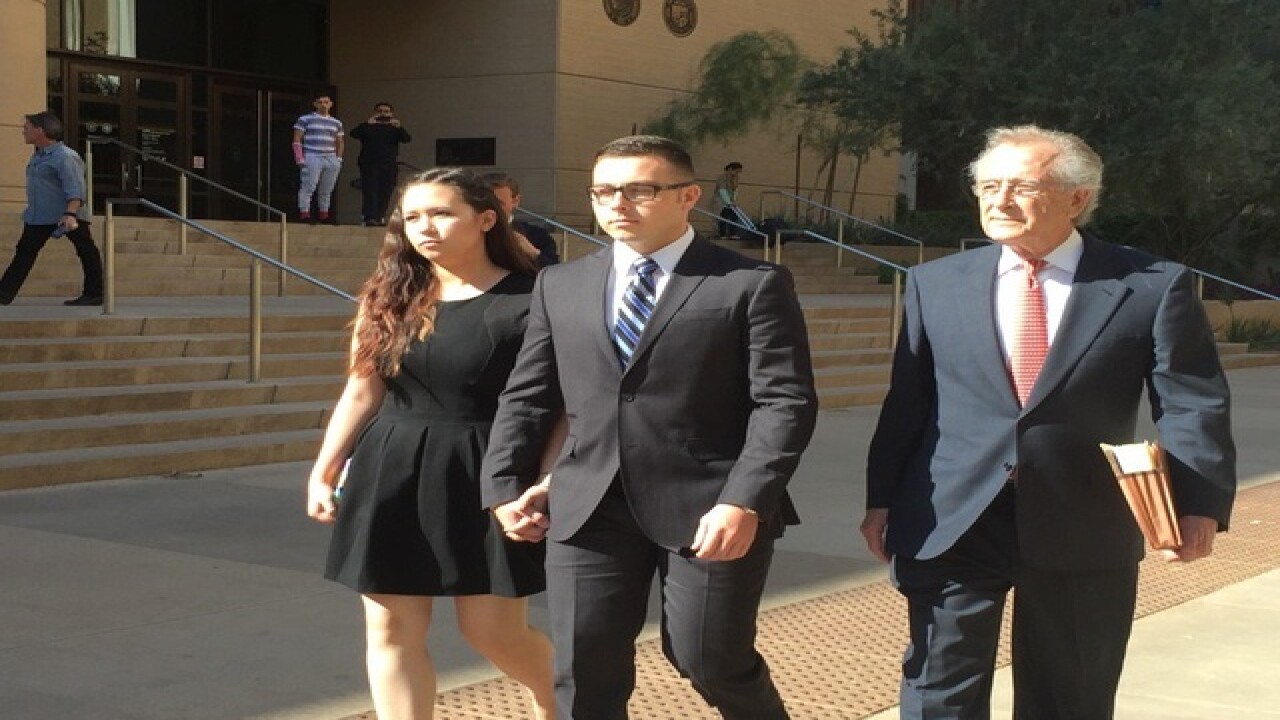 A Mesa police officer charged in the fatal shooting of an unarmed man at a hotel two months ago has been fired, authorities said Monday.

Brailsford, 25, pleaded not guilty last Tuesday to second-degree murder in the death of Daniel Shaver.

Hours later after the plea, Mesa police officials released a statement that Brailsford was "served with notice of a pre-deprivation hearing ... with a recommendation of termination."

They said Brailsford had his hearing Thursday, and Police Chief John Meza decided to fire the officer.

Craig Mehrens, the attorney for Brailsford, said the firing "represents pure politics." He said Meza called Brailsford four days after the shooting "and told him he had, with other senior officers, viewed the video; and they had all concluded that it was a `good shoot.' "

The Mesa Police Association said in a statement that firing Brailsford before his scheduled preliminary hearing Wednesday in the fatal shooting case "likely hurt his chances of receiving a fair trial. That is simply wrong."

On Jan. 18, hotel guests reported seeing a man pointing a rifle outside a window. Authorities ordered Shaver to exit a hotel room and crawl toward officers.

Shaver was shot as he reached toward his waistline, possibly in an attempt to pull up his sagging shorts, according to investigators.

No weapons were recovered from Shaver's body, but police said they found two pellet rifles in the hotel room, which they later determined were related to his pest control job.

Maricopa County prosecutors concluded the shooting was not justified. They have so far declined to release video of the shooting from Brailsford's body camera.

A judge put Brailsford put on supervised release after his plea in the case and barred him for possessing a gun, which prosecutors requested instead of bond.

Shaver, 26, was from Granbury, Texas. An attorney for his widow, Laney Sweet, has filed a notice of claim -- a precursor to a lawsuit -- seeking $35 million in Shaver's death. The couple had two daughters, ages 6 and 3.

Take a look at the interactive timeline below for a full recap of the events surrounding Shaver's death. (For a fullscreen view, click here)