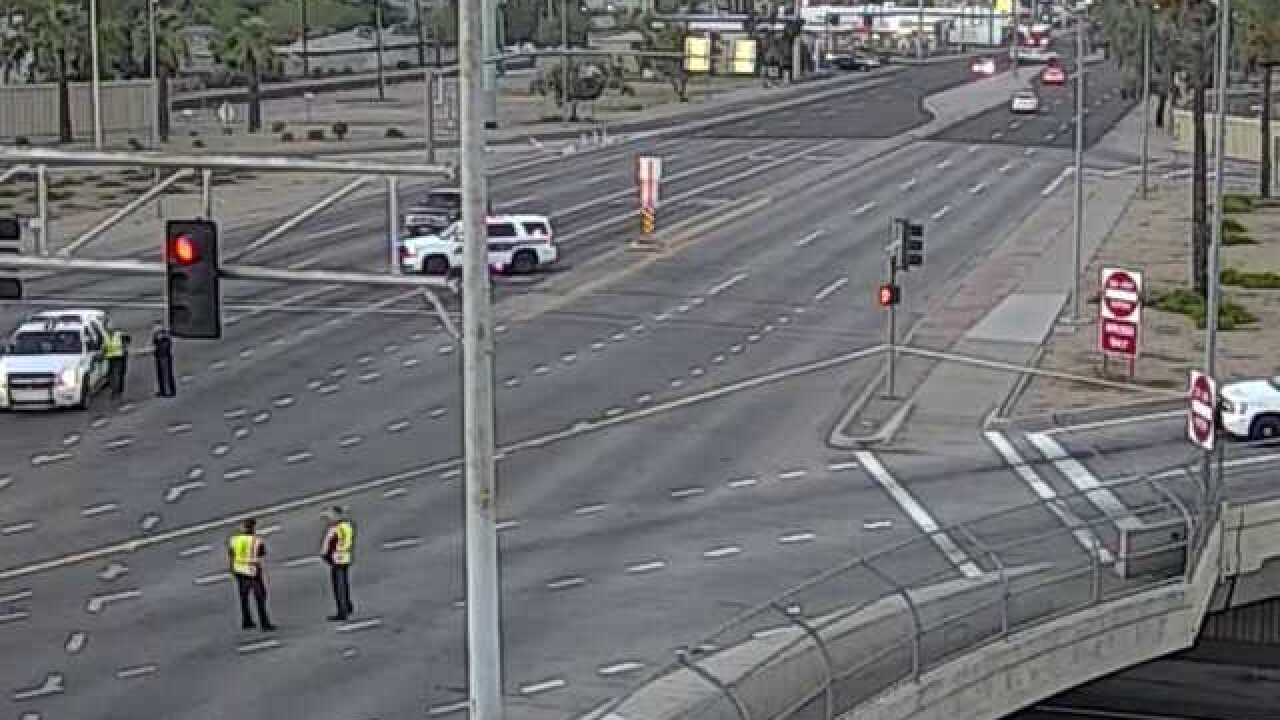 Authorities say a pedestrian was taken to the hospital with serious injuries after being struck by a car in downtown Phoenix Saturday morning.

Police responded to the area of 7th Street at the eastbound Interstate 10 off-ramp after receiving reports of a crash.

According to a police spokesperson, a man was taken to the hospital and the car involved did not remain at the scene.

Officers are continuing to investigate the incident, but they do not have a description of the vehicle involved.

Roads in the area were closed while officers investigated.

Anyone with information is urged to call the Phoenix Police Department or Silent Witness at 480-WITNESS.