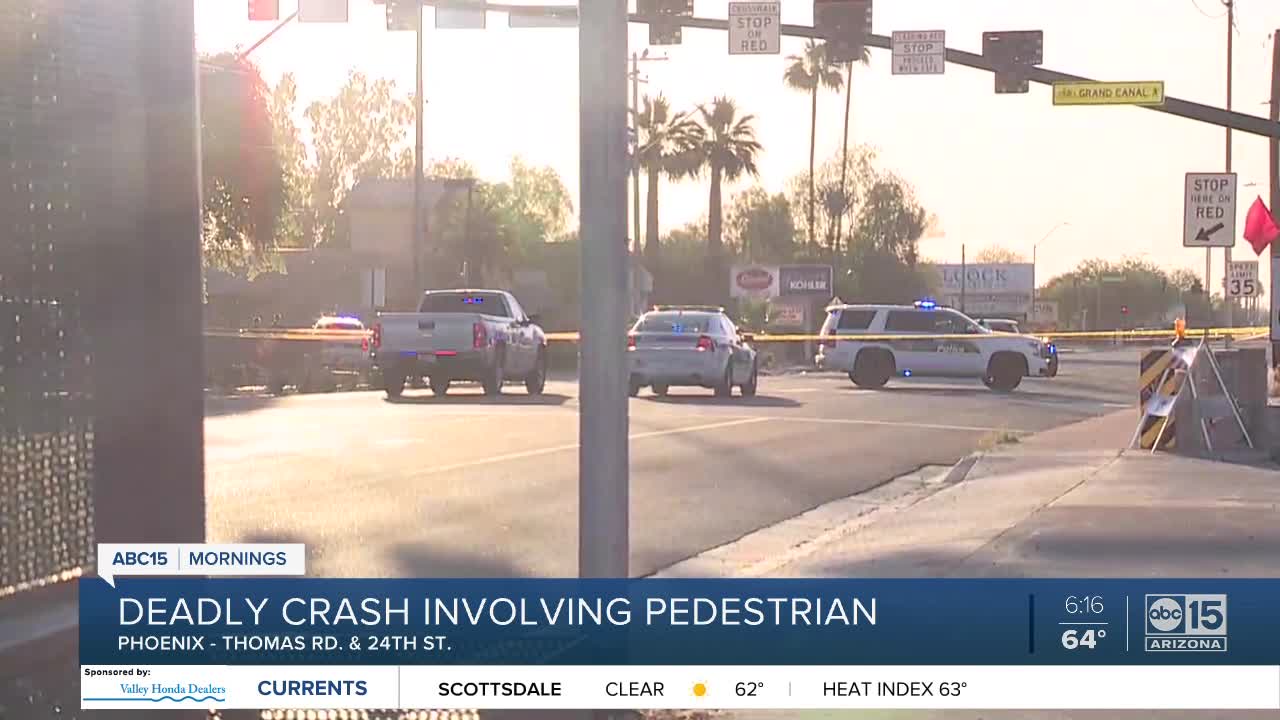 A woman was reportedly hit and killed early Wednesday morning.

Officers were called to the area of 24th Street and Thomas Road after 5 a.m. for reports of a crash.

ABC15 crews at the scene learned that a woman was struck and killed in the area. She was not in a crosswalk at the time.

Police told ABC15 the driver stayed at the scene and impairment is not a factor.