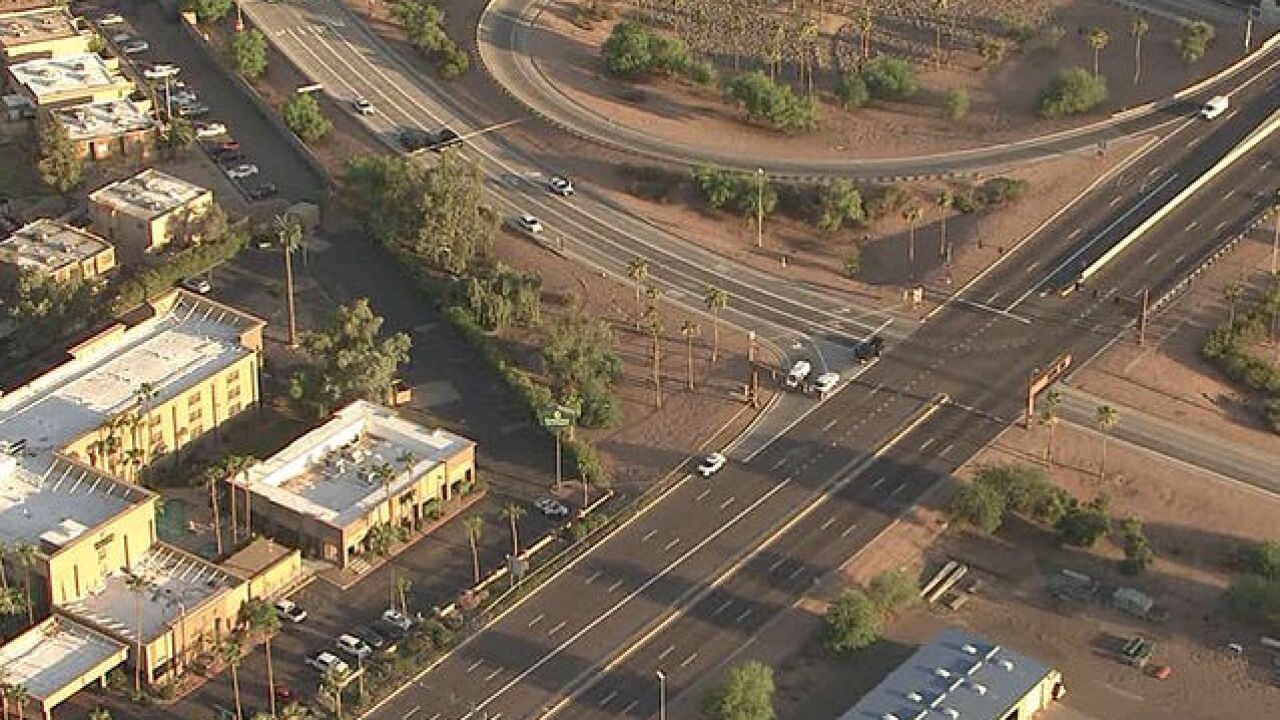 Copyright 2018 Scripps Media, Inc. All rights reserved. This material may not be published, broadcast, rewritten, or redistributed.
<p>DPS investigation at State Route 143 and Interstate 10. </p> 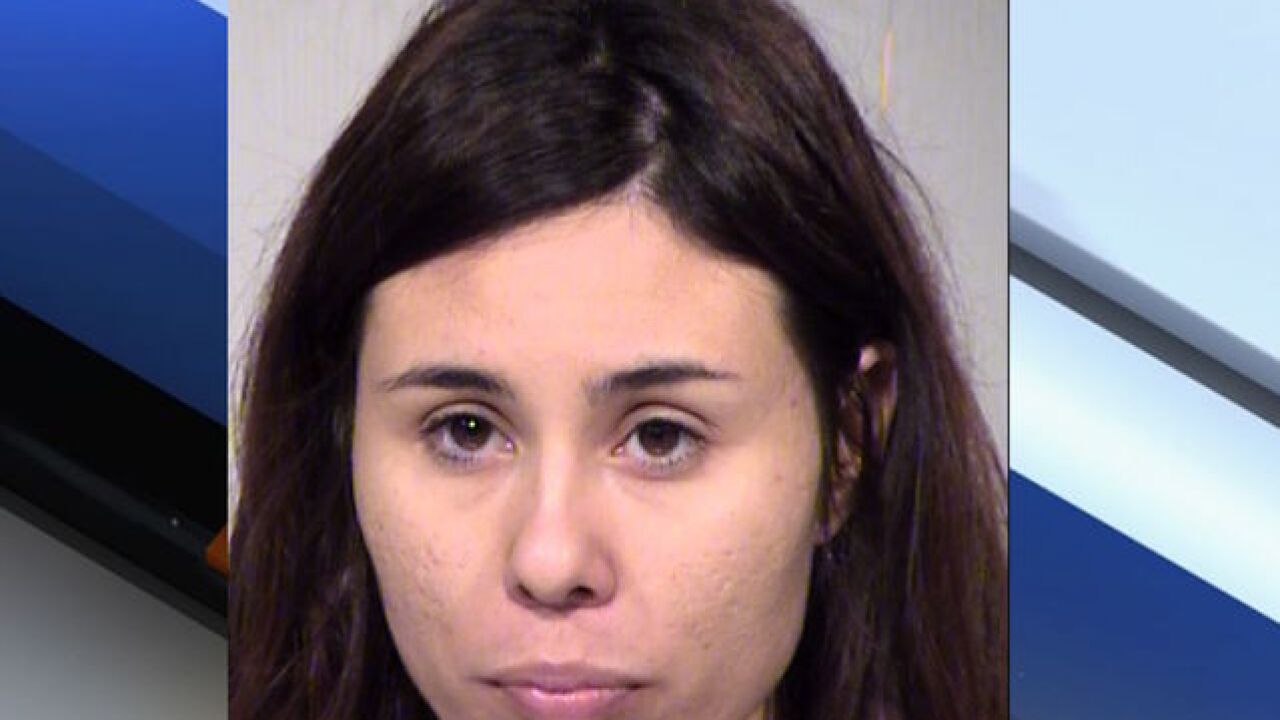 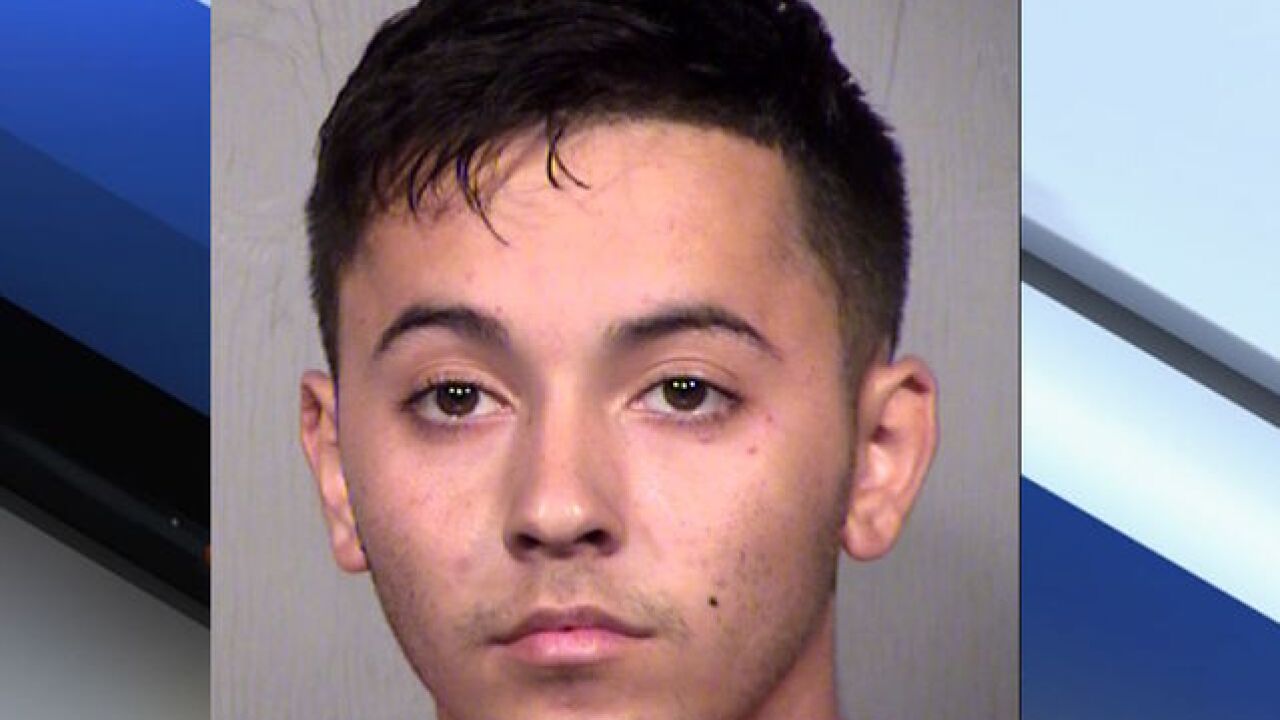 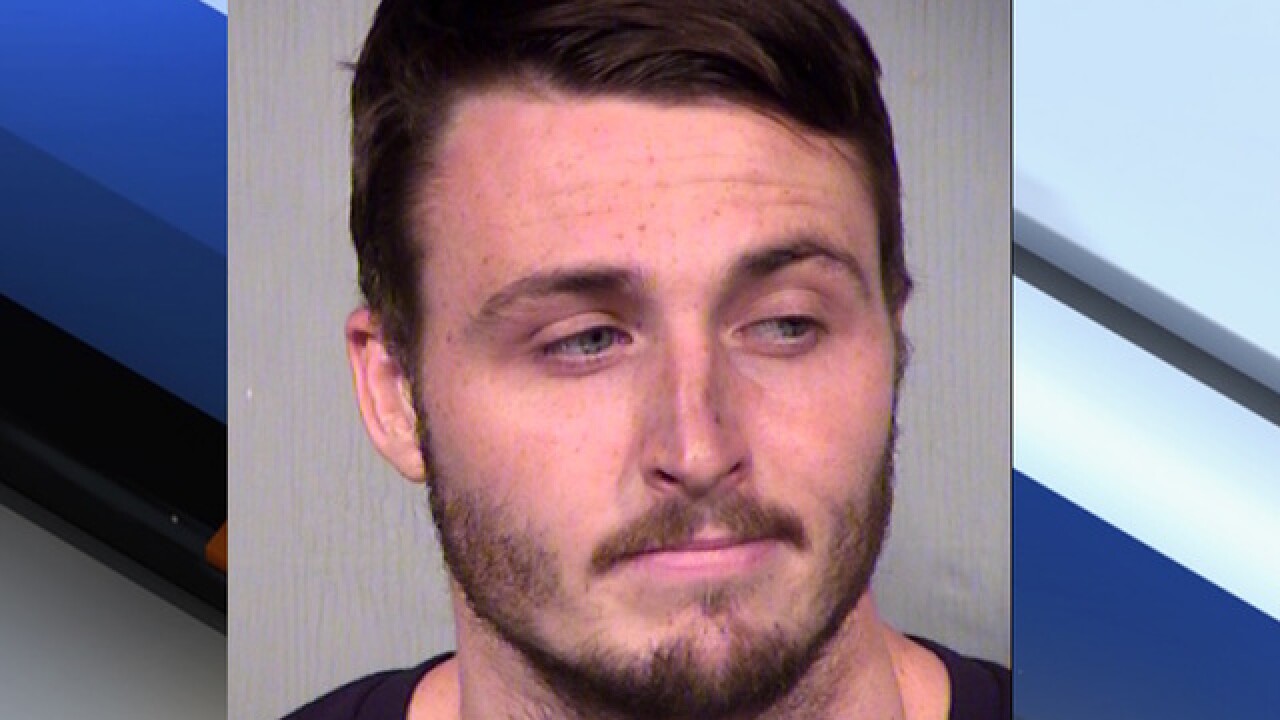 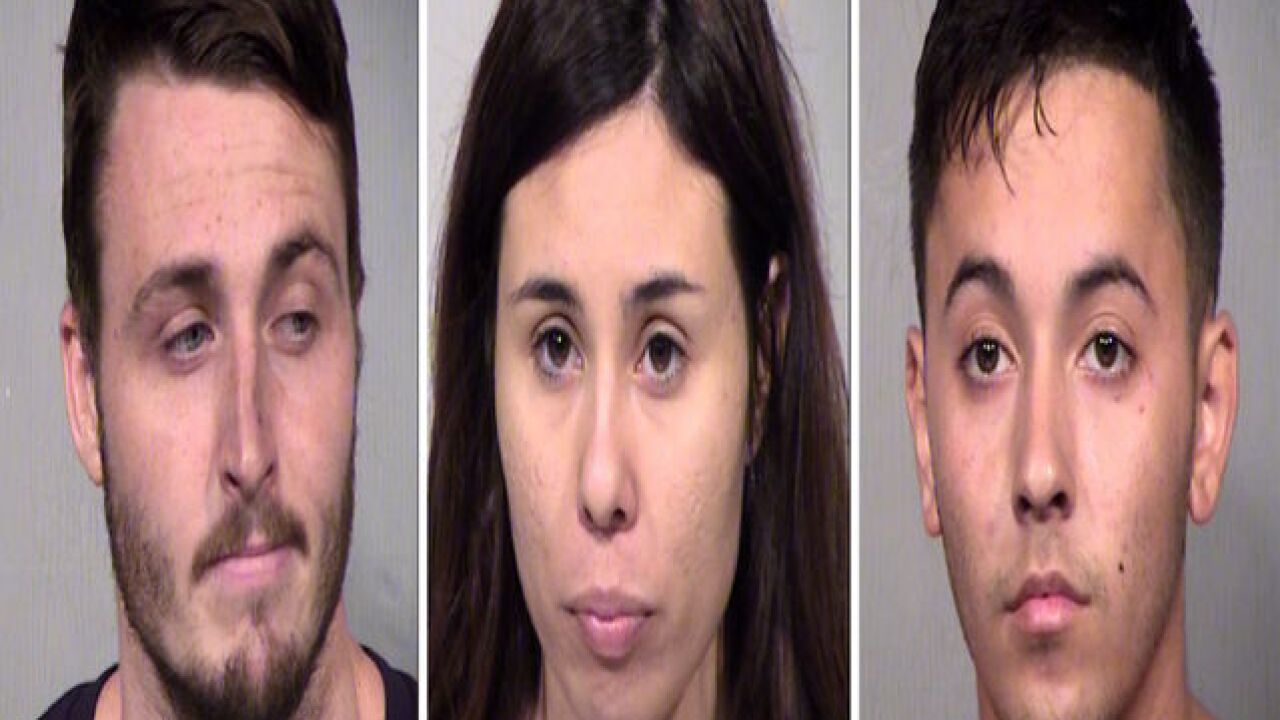 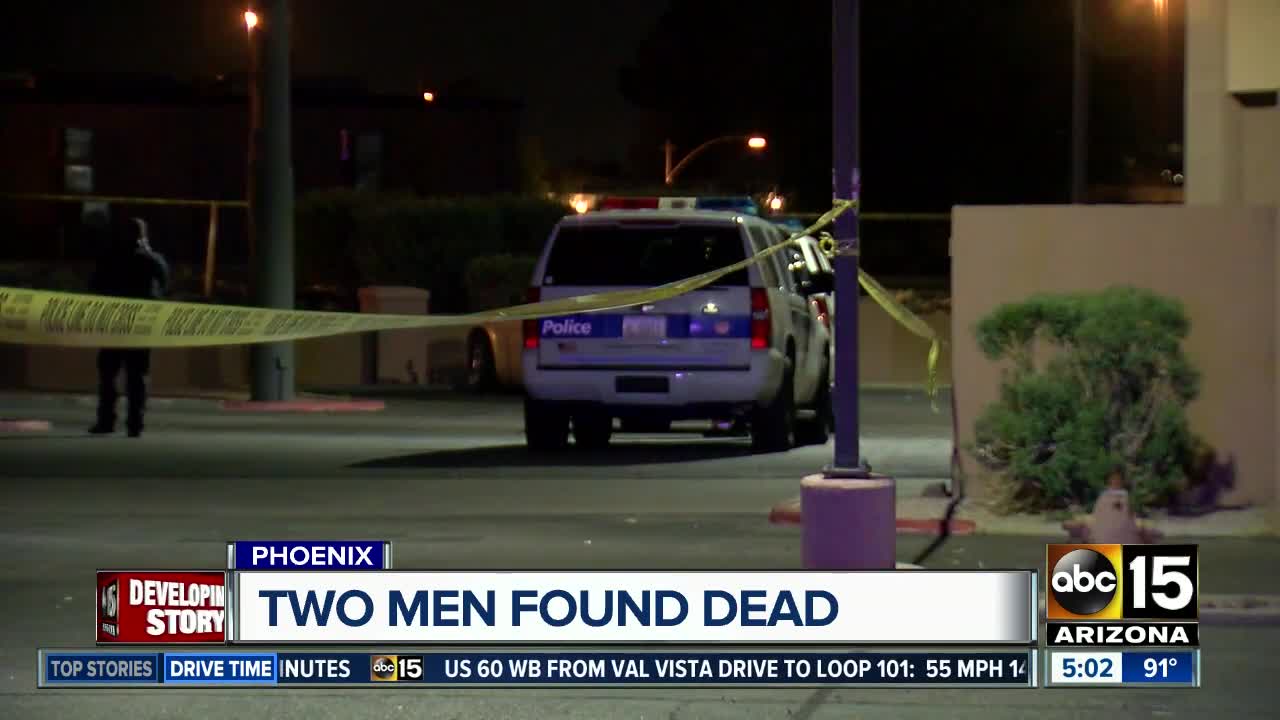 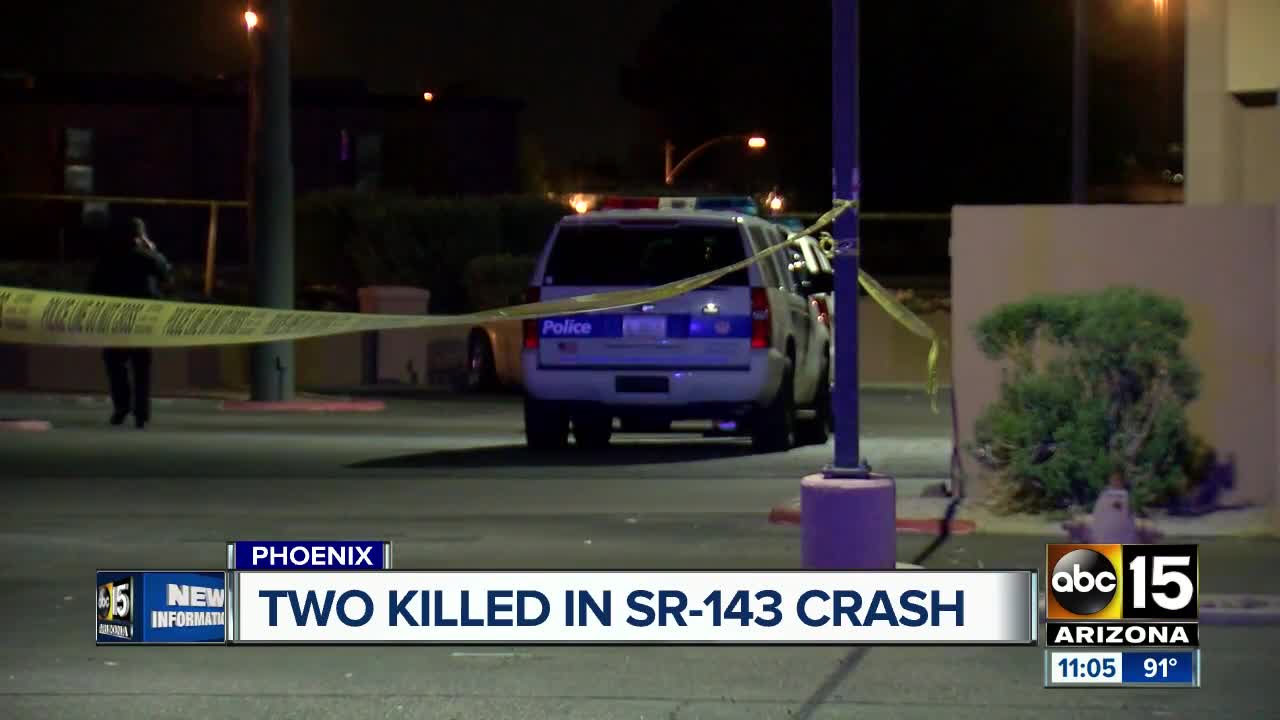 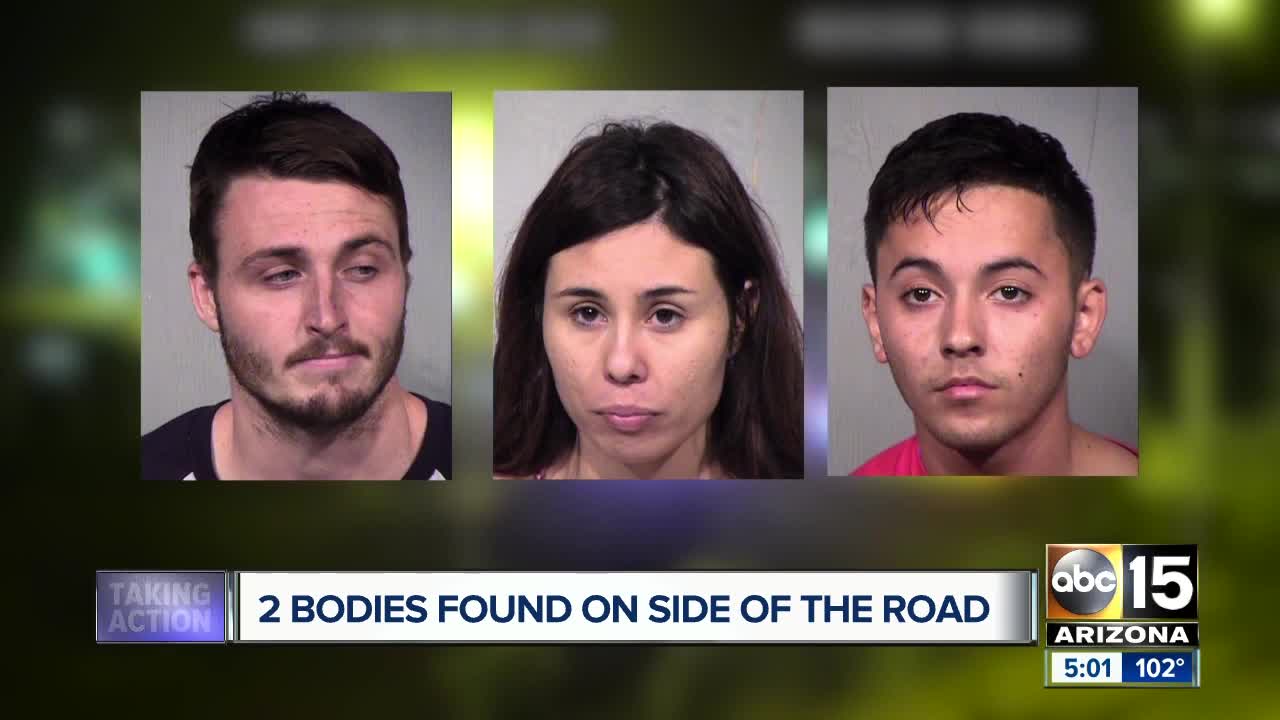 A Maricopa man is facing manslaughter and endangerment charges after leaving the scene of a crash that left two people dead near State Route 143 and Interstate 10 in Phoenix.

According to police paperwork, a Department of Public Safety trooper responded to the scene around 1:30 a.m. Sunday where a silver 2015 Nissan passenger car had crashed. A witness told DPS officials that a man was seen walking away from the crash scene.

The DPS trooper reportedly requested a tow truck and searched for the driver or any potential victims, but did not find any.

On Sunday night, officials received a call from a person who claimed he was a passenger in the car at the time of the crash and fled with the driver, identified as 22-year-old Thomas Robert Sikes.

The caller, later identified as 21-year-old Bryon Carrillo, was taken to a DPS station and interviewed. At that time, he told officials he was a front passenger in Sikes' vehicle. He and two other passengers were headed back to Maricopa after drinking at The Cabin, a bar in Tempe.

He reportedly said he was knocked out during the crash and when he regained consciousness, he noticed Sikes exiting the vehicle and the two backseat passengers, 21-year-old Johnnie Verdoza and 25-year-old Carlos Garcia, of Mexico, were missing.

He reportedly tried to find Verdoza and Garcia, but could not locate them. He said Sikes went to a nearby gas station and suggested they leave with Sikes' girlfriend, 25-year-old Adriana Colin-Lemus, who arrived to pick them up. The girlfriend later took Sikes to her home in Peoria.

Both subjects were reportedly slurring their words, emotional, and appeared heavily intoxicated, police were told. Police paperwork suggests no one attempted to call 911 or get help for their missing friends.

Sikes was arrested in Peoria on Monday and is facing two charges of manslaughter and one count of endangerment.

NOW: SB SR-143 is closed at I-10 for a police incident. Traffic must exit onto WB I-10. This is the same area where two people were found dead last night. No signs of foul play. #abc15 pic.twitter.com/G5uBn6KZ2J

Around 9 p.m. Sunday, in that same area near SR-143 and I-10, Phoenix police received a 911 call about two men who were found unresponsive about 50 feet from where the crash happened. A family member had tracked a cell phone signal to that location.

They were pronounced dead at the scene and authorities said it appeared their bodies had been concealed with foliage. In an update Tuesday afternoon, DPS said the bodies belonged to Verdoza and Garcia.

Carrillo has been charged with obstructing a criminal investigation and Colin-Lemus was charged with hindering prosecution.