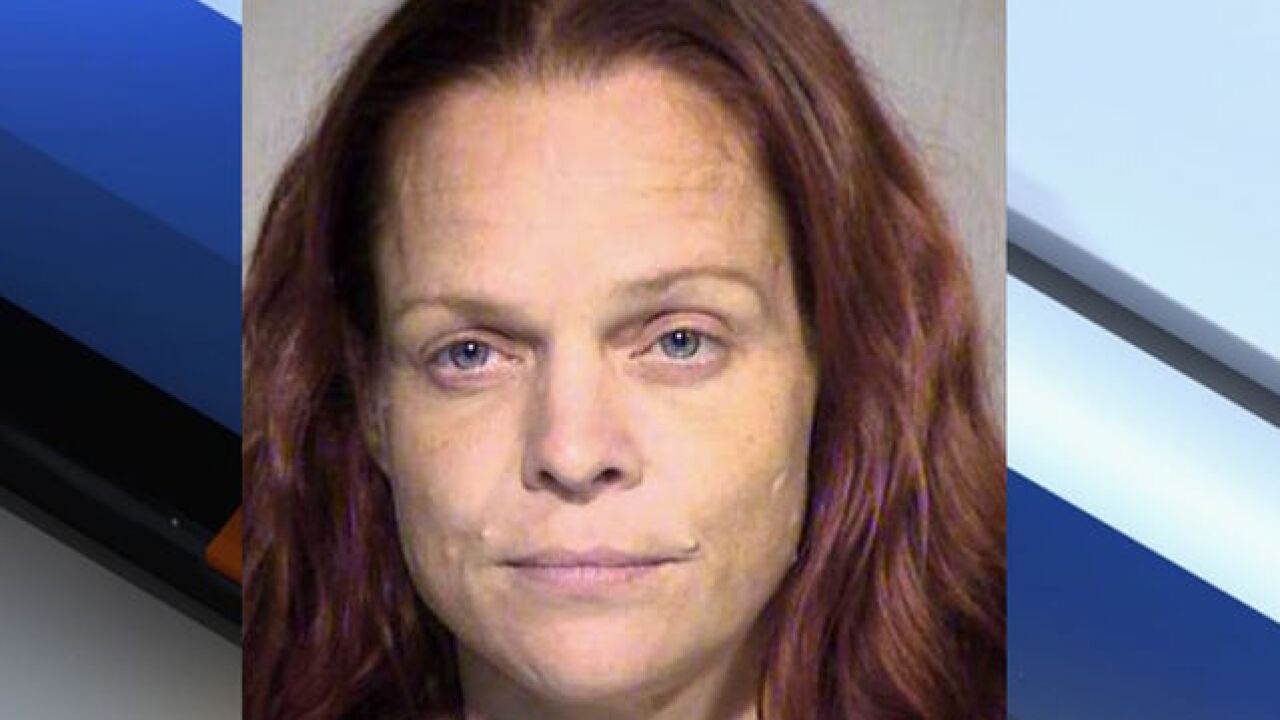 A Phoenix woman has been arrested after allegedly buying drugs for undercover officers with her children present.

According to police, on two occasions she had one of her children with her. During one trip, Johnston had her 13-month-old daughter with her. On another, her three-month-old son.

On November 8, police arrested Johnston around 35th Avenue and Buckeye Road near her home.

Johnston faces three counts of sale of dangerous drugs, one count of sale of narcotic drugs and two counts of endangerment.

Both children were placed in the Department of Child Services custody.