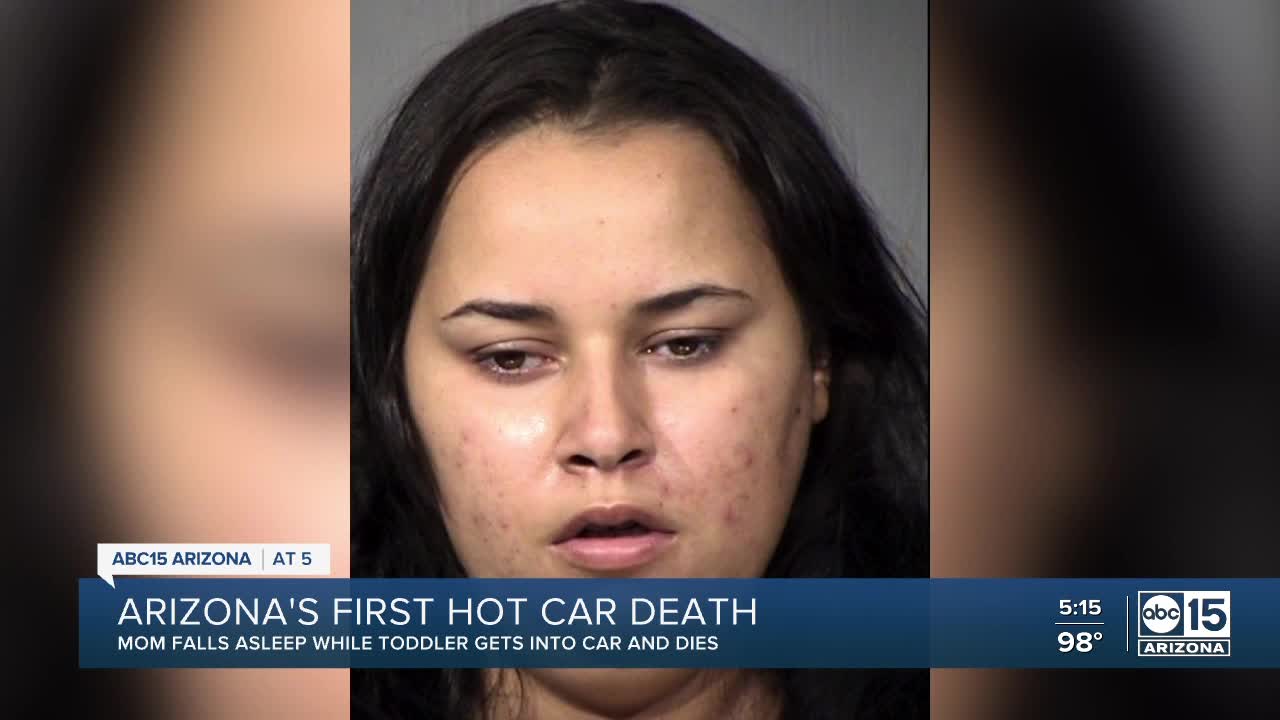 Mom falls asleep while toddler gets into car and dies. 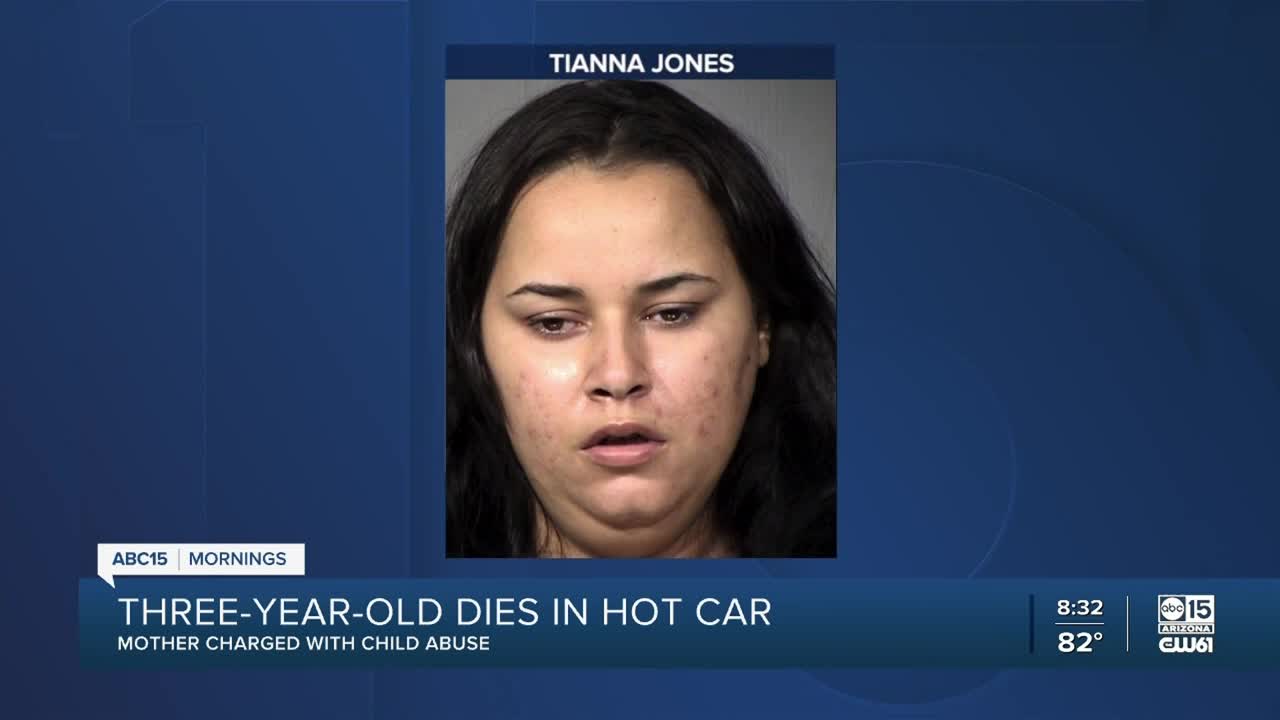 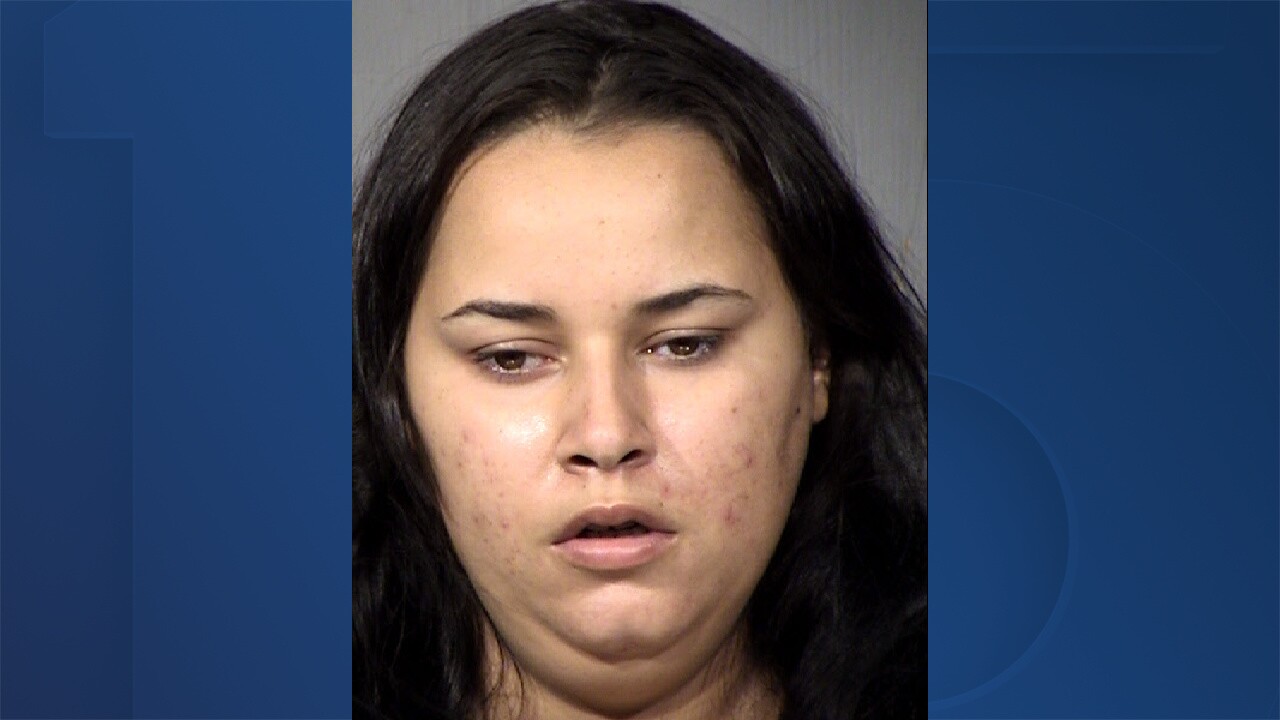 PHOENIX — Phoenix police say a child reported missing has died after being found inside a parked car.

Officers were called to a home near Interstate 17 and Thunderbird Road around 4:30 p.m. Sunday where 23-year-old Tianna Jones reported her daughter missing.

Officers searched the area and Jones discovered that her car keys were missing. They went to the vehicle and found the child, 3-year-old Delilah Jones, unresponsive in the driver's seat.

The child was taken to the hospital where she was pronounced dead.

The cause of death is under investigation, but the National Weather Service recorded Phoenix's high temperature at 103 degrees on Sunday.

According to court documents, Jones admitted to partying the night before, drinking alcohol, and using cocaine. Jones told police she and daughter Delilah went inside at 10:30 a.m. to take a nap. At one point she woke up and didn't hear any noises from her daughter, but didn't know where she was. She fell asleep for another 30 minutes.

Jones didn't leave her apartment looking for Delilah until 4:10 p.m. and it wasn't until 4:30 p.m. when Jones called police.

Court documents show Jones admitted to regularly not locking the door, and had once locked herself out of the apartment. In that case, Delilah was able to climb onto the couch and unlock the door. Jones said she had planned on moving the couch away from the door so Delilah couldn't reach the door's safety lock.

Police paperwork also showed that the Department of Child Services had been involved before and removed the child due to neglect.

Jones was arrested and booked into jail on a child abuse charge.