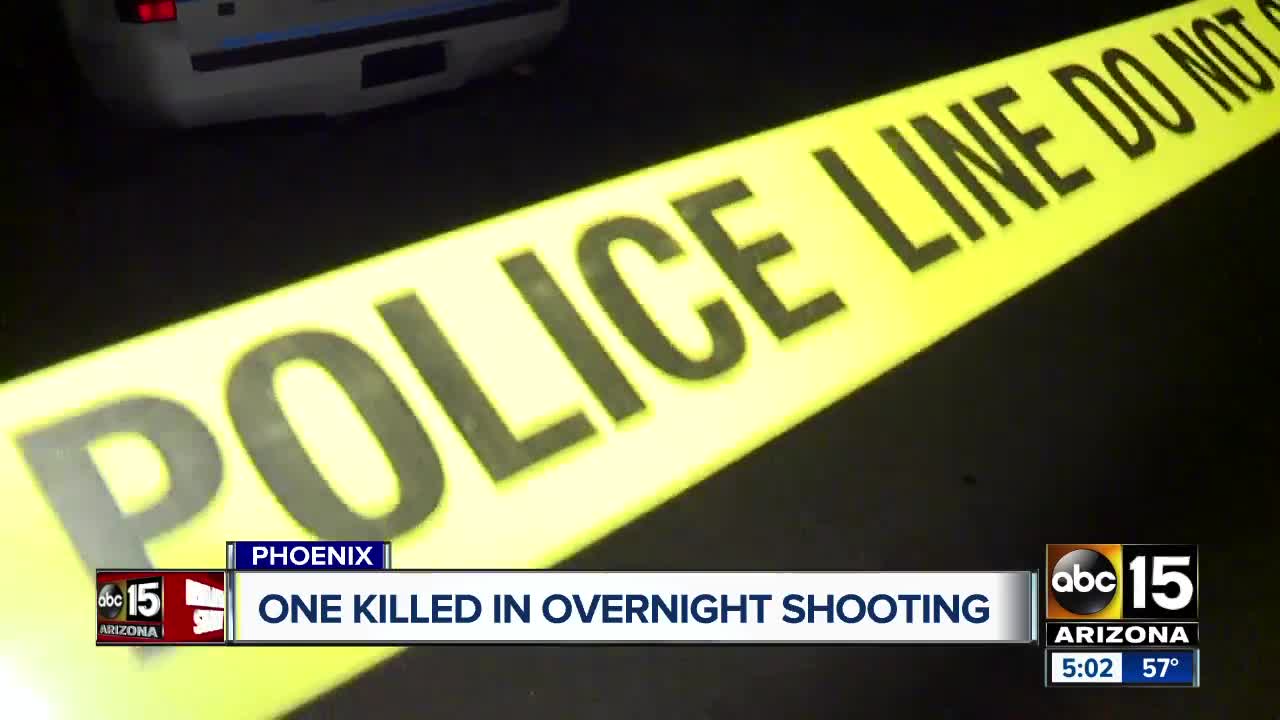 One person is dead following a shooting at 19th and Peoria avenues in Phoenix.

PHOENIX — One person is dead following an early morning shooting at 19th and Peoria avenues in Phoenix.

Phoenix police tell ABC15 that two men tried breaking into a home near 19th and Peoria avenues around 1 a.m.

The homeowner was armed and shot at the intruders to keep them from entering the home.

One of the intruders was transported to an area hospital in critical but stable condition, according to police.

The second intruder, identified as 34-year-old Michael Ahumada, was pronounced dead at the scene.

At this time, police are not identifying the homeowner.