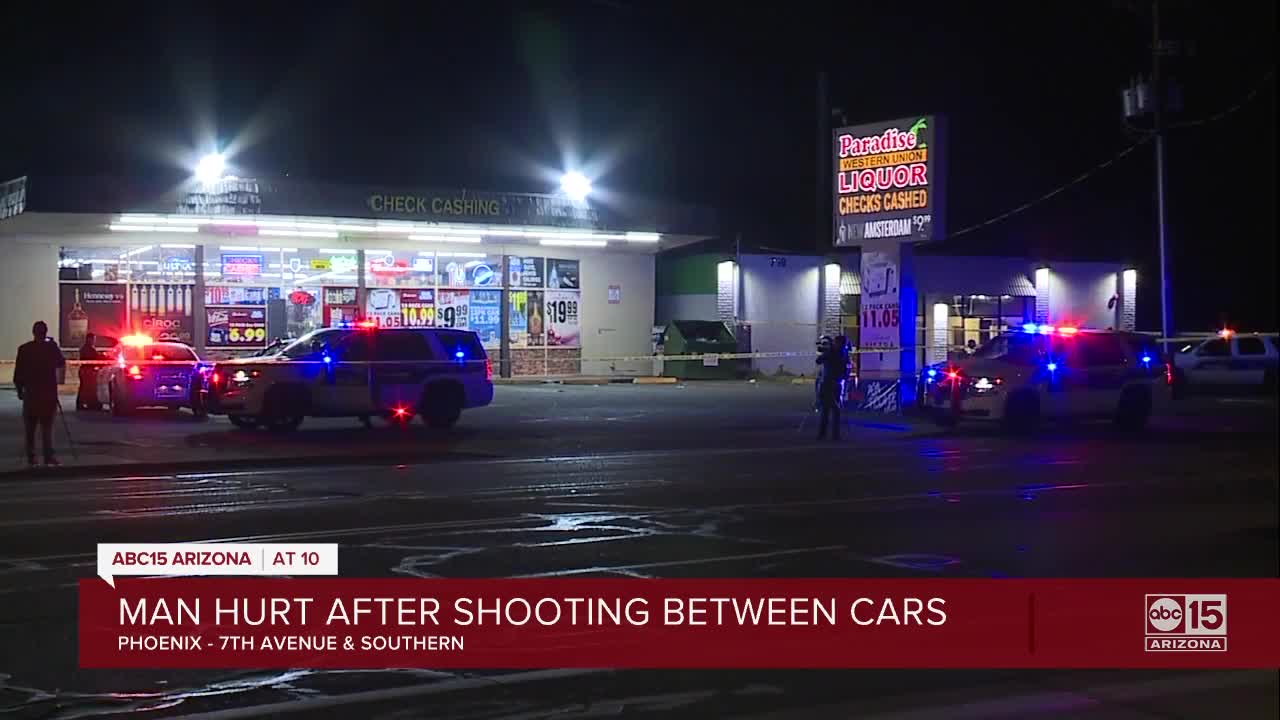 Police believe the man may have been shot in a different location. PHOENIX — Phoenix police are investigating a shooting from Saturday night that left a man seriously hurt.

Police say around 7:30 p.m. a man and his female passenger were traveling southbound on Central Avenue when they were cut off by a driver in a red or maroon SUV.

The SUV would not allow the victims to pass and somebody inside started shooting at them. They stopped in the area of 7th Avenue and Southern and called for help.

The man was struck by the gunfire and taken to a hospital. He's said to be in critical, but stable condition and his injuries are not considered life-threatening.

The woman passenger was not hurt.

Anybody with information is asked to contact the Phoenix Police Department at 602-262-6141 or if they wish to remain anonymous, they can contact Silent Witness at 480-WITNESS or 480-TESTIGO for Spanish.