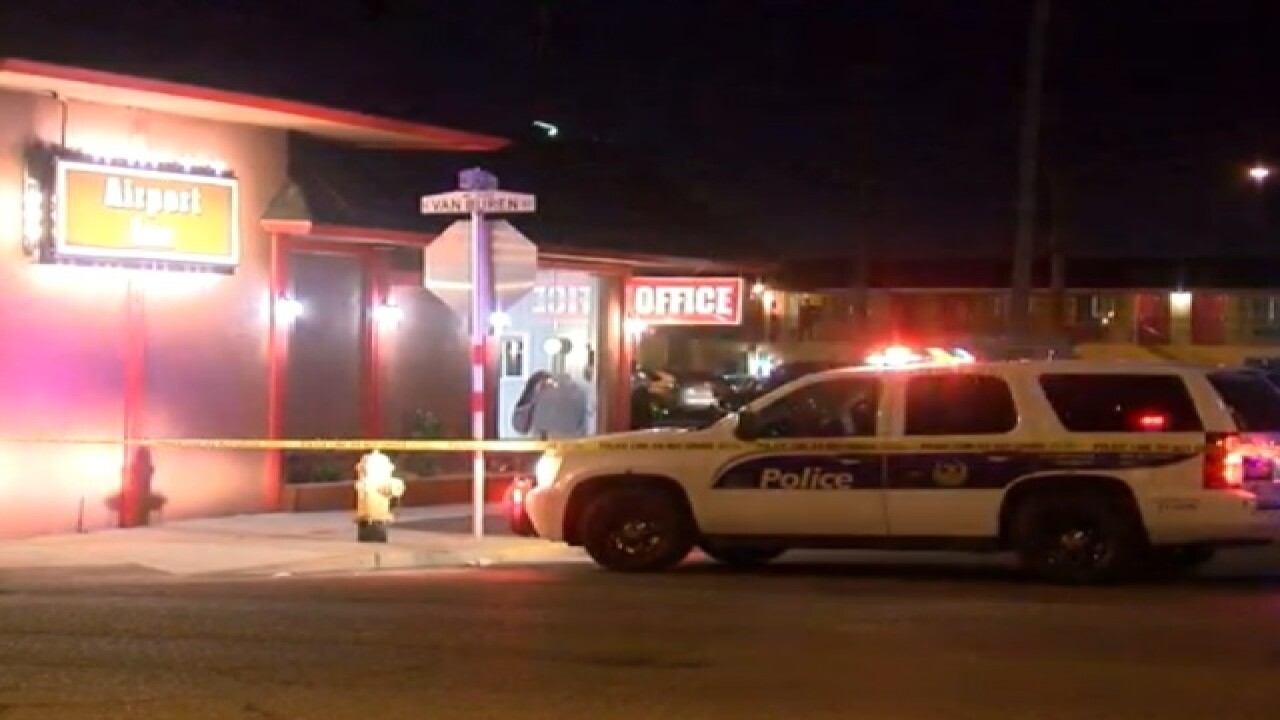 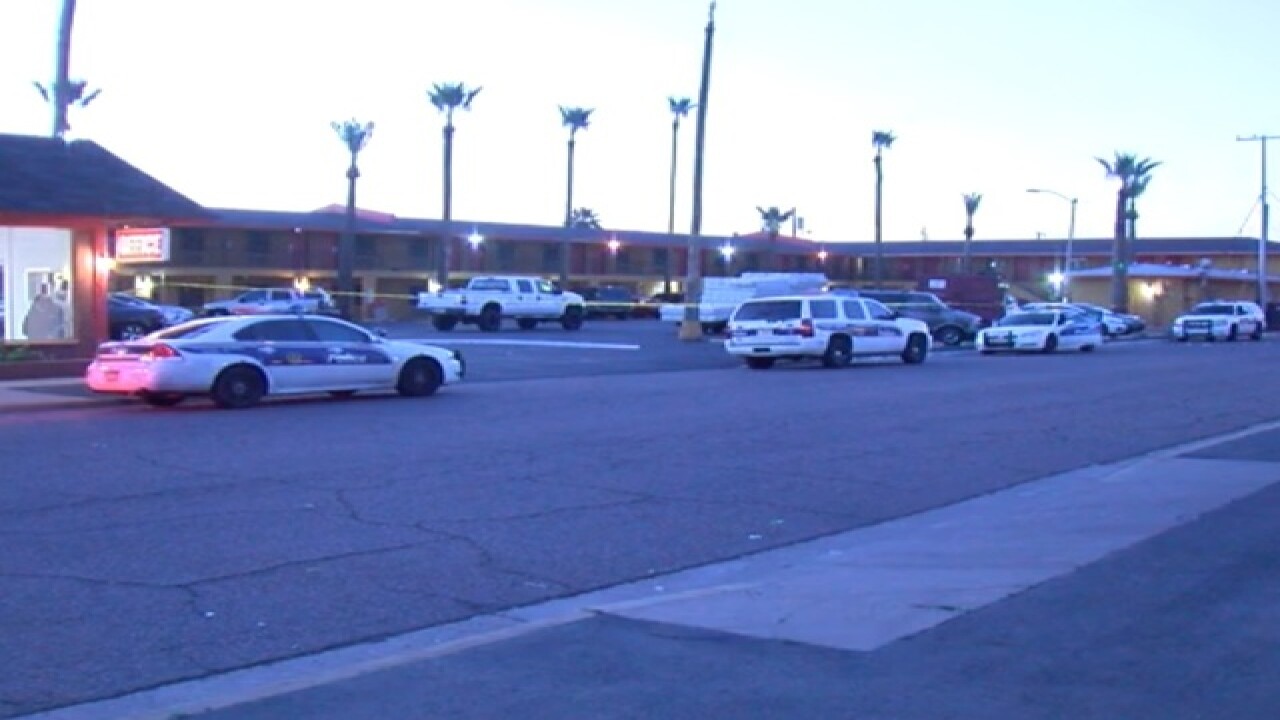 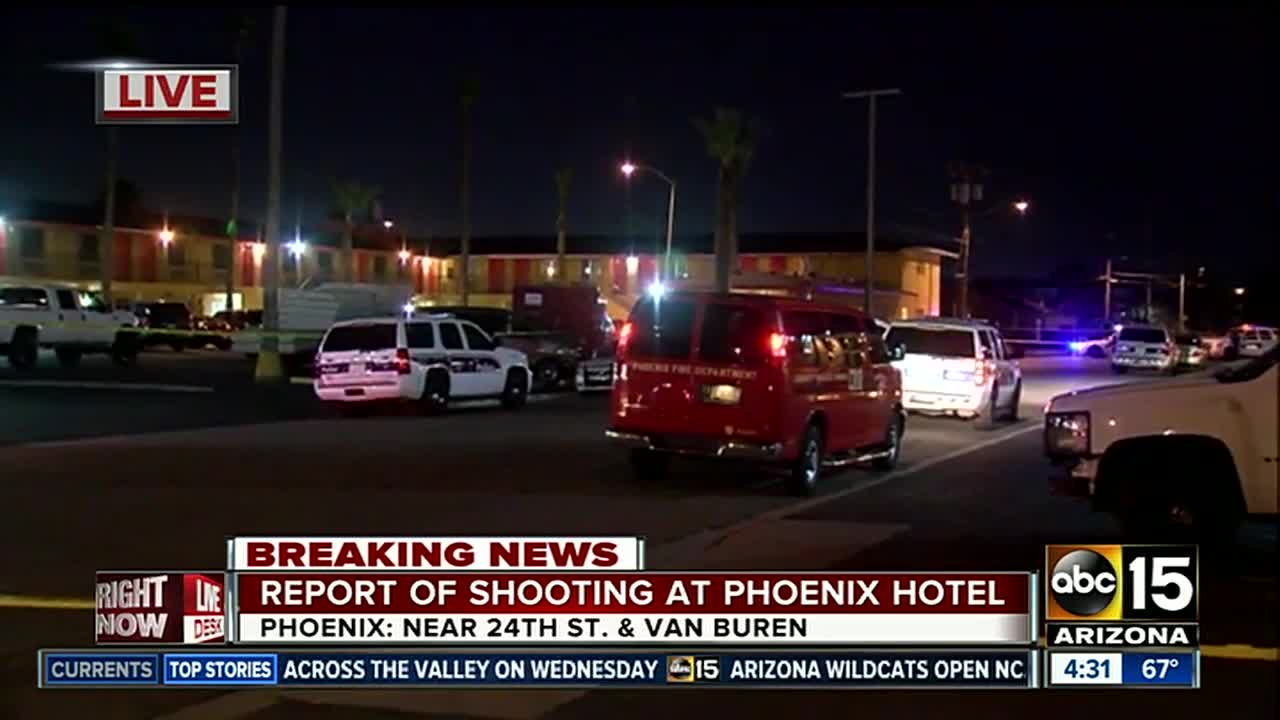 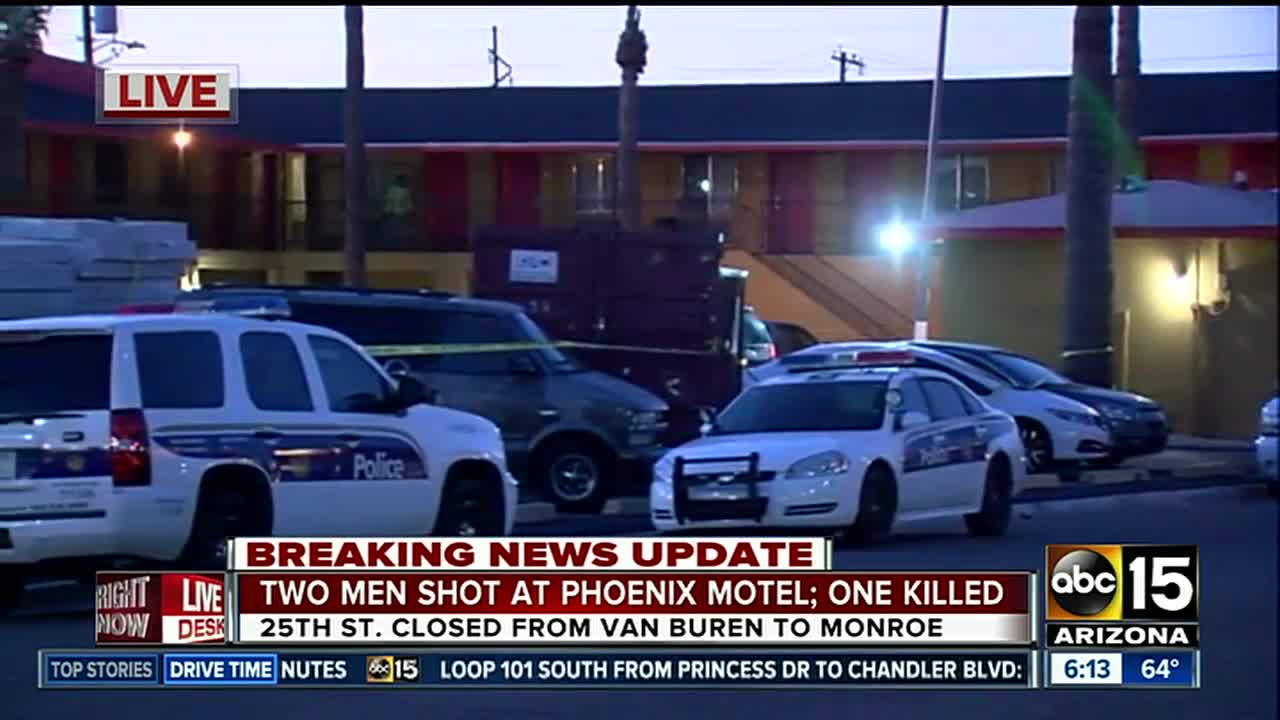 Officials are searching for the suspects responsible for a deadly shooting in Phoenix.

The incident happened at the Airport Inn at 24th Street and Van Buren on Friday morning.

A police spokesperson said officers were in the area because of an unrelated incident and heard shots fired and were directed to the motel room by a witness.

Phoenix police said a victim was shot in the head in one of the rooms of the motel. As the suspects were fleeing the scene, they shot another man outside.

The victim who was shot in the head, later identified as 47-year-old Anthony Freeman, was pronounced dead at an area hospital. The man shot outside has non-life threatening injuries.

According to officials, other people were in the room where the shooting occurred and that their inconsistent statements point to possible involvement in illegal activity.

A description of the suspects are unknown at this time, but they are considered armed and dangerous.

Police are talking with witnesses and reviewing surveillance video.

If you have any information regarding this shooting, call Silent Witness at 480-WITNESS.