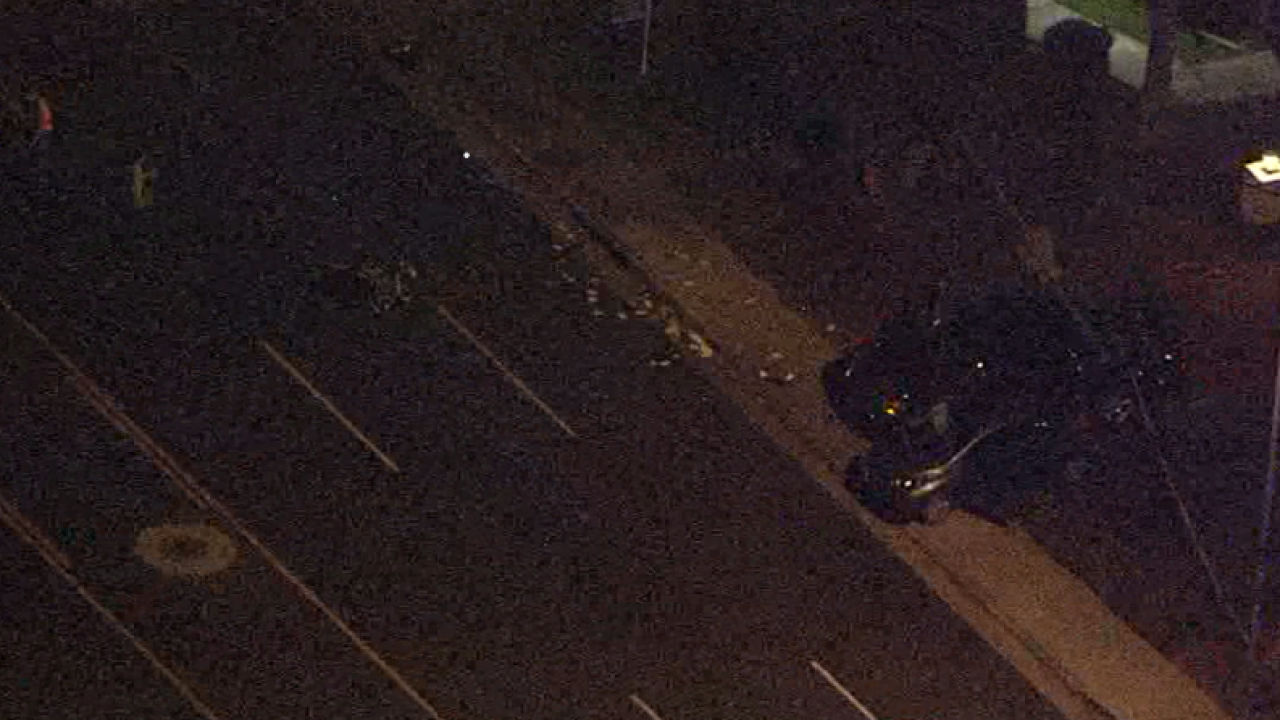 PHOENIX — A motorcyclist has died following a crash in north Phoenix on Friday night.

According to Phoenix police, officers responded to reports of a serious crash between a vehicle and a motorcycle near 21st Avenue and Thunderbird Road around 7:00 p.m. on Friday.

Police say a Nissan Versa being driven by a 20-year-old woman was traveling eastbound on Thunderbird Road when the driver attempted to make a left-hand turn into a private drive.

Upon turning, the woman's vehicle was hit by a 2006 Harley Davidson traveling westbound on Thunderbird.

The 23-year-old motorcyclist, identified as Bill J. Mussell, hit the passenger side of the Versa, police say, causing it to crash into a Chevrolet Avalanche nearby.

First responders transported the motorcyclist to an area hospital where he was later pronounced dead.

The driver of the Versa and Avalanche were evaluated by investigators who determined they were not impaired.

Phoenix Police investigating a fatal collision in the area of 2100 West Thunderbird Rd. Please be advised this portion of Thunderbird will be closed for an extended time. pic.twitter.com/NFWvcQTuZ5