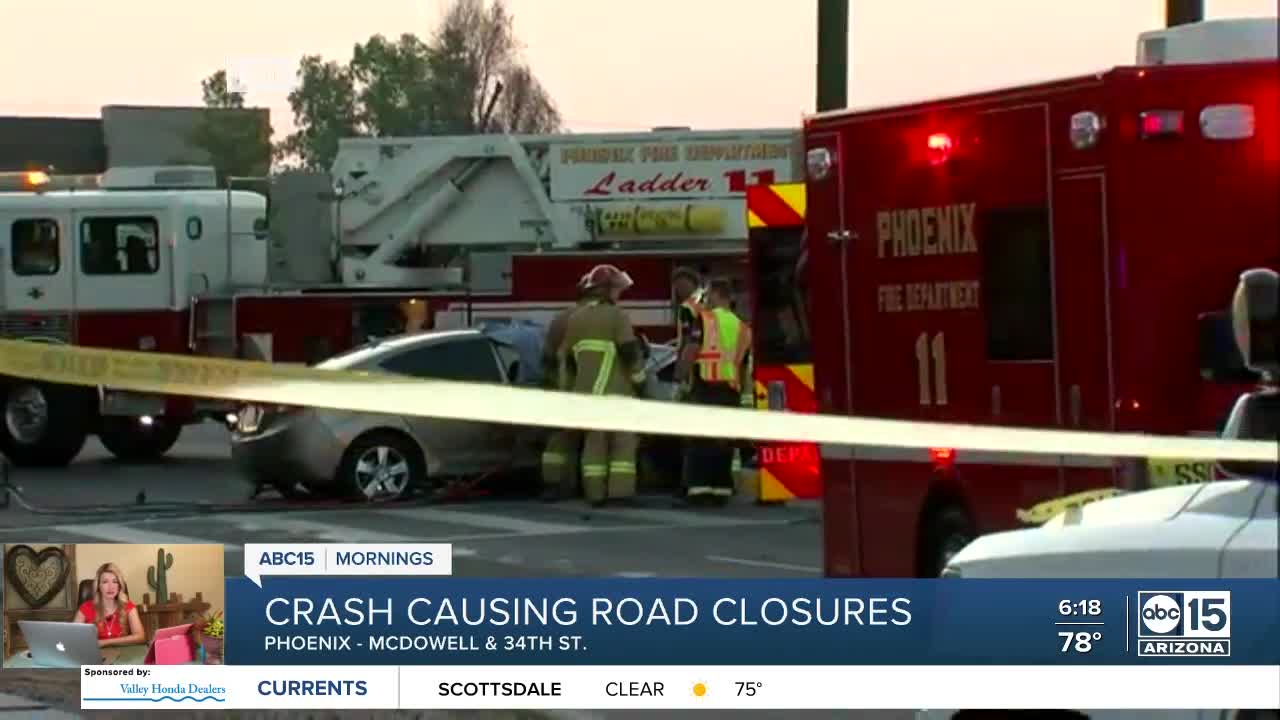 Crews are working a serious crash near 34th Street and McDowell Road.

The wreck occurred around 6 a.m. Wednesday, resulting in a fatality, according to Phoenix Police Department.

The driver, only identified as a man around 30 years old, was killed when he struck a pole for an unknown reason. No other occupants were in the car.

There is no word yet on what caused the crash.