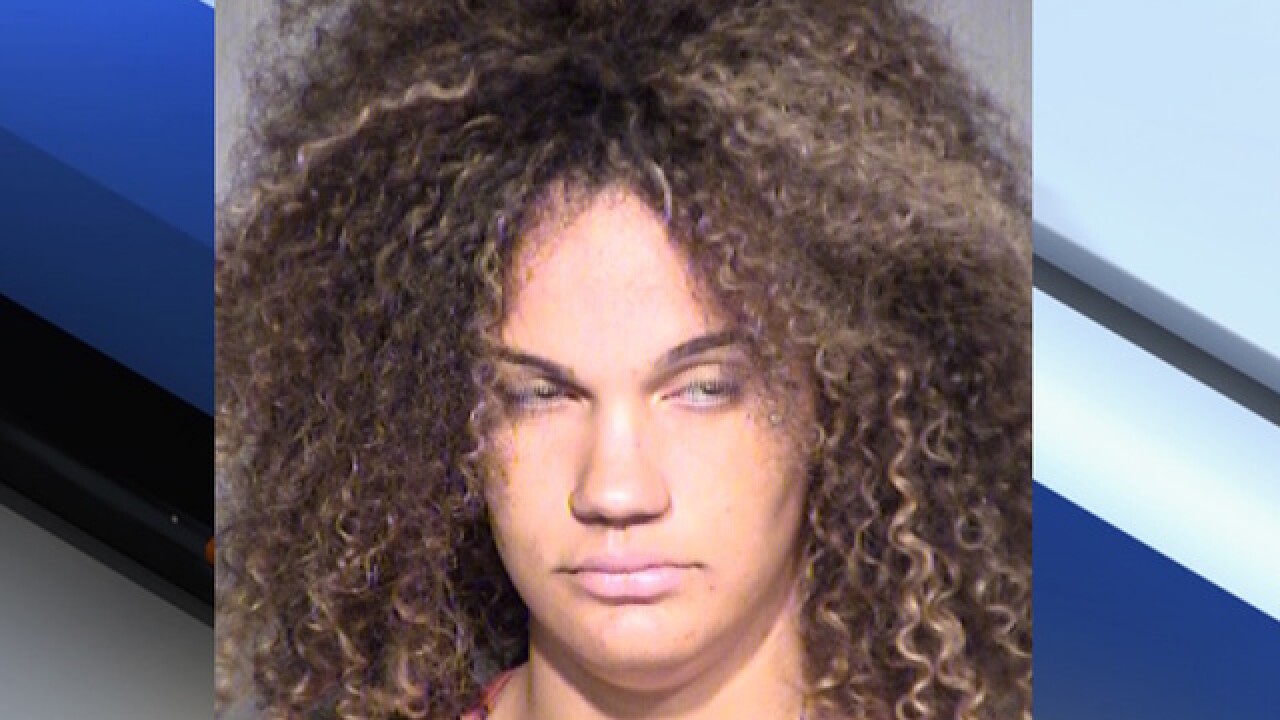 Copyright 2017 Scripps Media, Inc. All rights reserved. This material may not be published, broadcast, rewritten, or redistributed.
MCSO

Police say a Phoenix woman was booked into jail for child abuse after leaving her daughter alone while she went on a date.

According to police documents, Alexis Buchanan, 25, arranged a meeting with a man on Backpage who turned out to be an undercover officer.

Buchanan was arrested and later told officers that she had left her 18-month-old home alone. Officers went to the home and found the front door unlocked and the child crying inside a second-floor bedroom. The child had a dirty diaper and dried food on her face.

The room was also said to be covered in dog feces and small items the child could have easily choked on.

Officers cleaned up the little girl and contacted the Arizona Department of Child Safety who took her into custody.

Buchanan was booked into jail on a charge of child abuse.