Man arrested for shooting, killing one person in Phoenix earlier this week 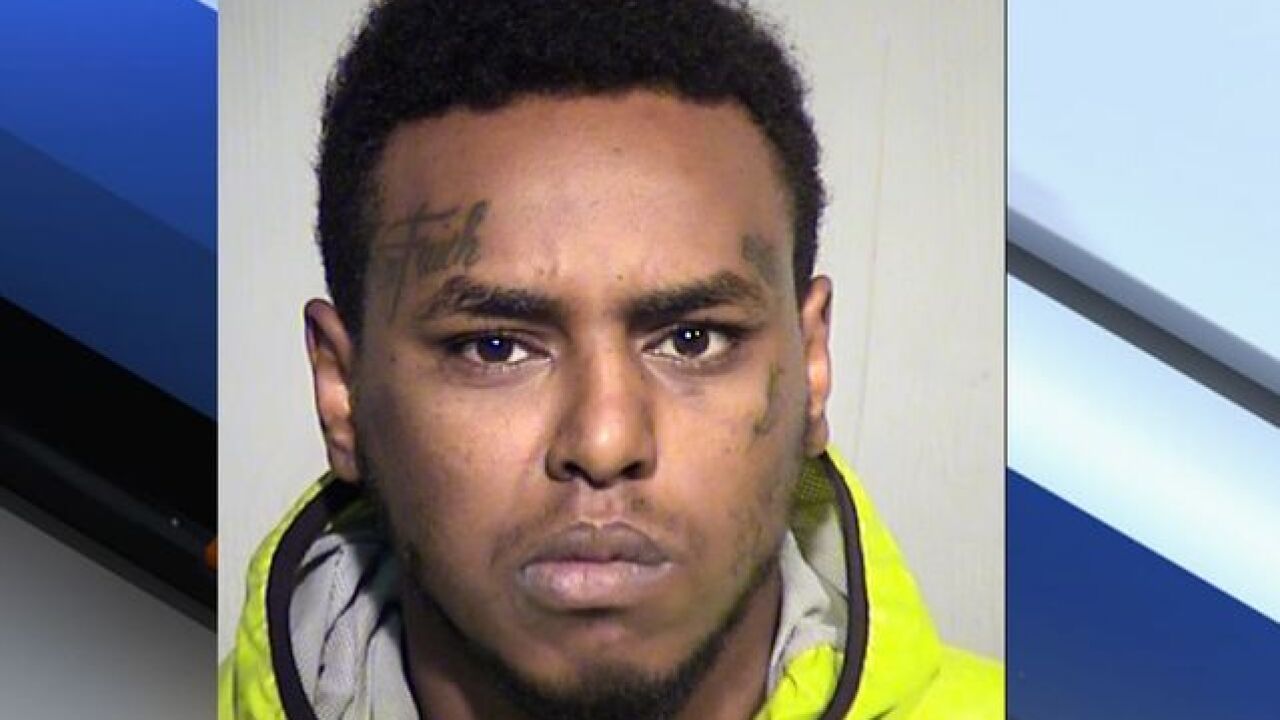 Copyright 2018 Scripps Media, Inc. All rights reserved. This material may not be published, broadcast, rewritten, or redistributed.
<p>Courtesy: MCSO</p>

A man was arrested Thursday in connection to a fatal shooting in Phoenix that occurred Wednesday.

Around 5 p.m. on November 13, police say they responded to a shooting call in a Phoenix neighborhood near 19th Avenue and Camelback Road.

Police say they found 24-year-old Justin Gaines with a gunshot wound. He was pronounced dead at the scene by Phoenix fire officials.

Police detectives say they found probable cause to arrest Yusef Kahsai, 24, on Thursday for his involvement in the shooting, though they did not say what the probable cause was.

Police have charged Kahsai with one count of second-degree murder, as well as two counts of misconduct involving weapons.

Kahsai is being held without bond.