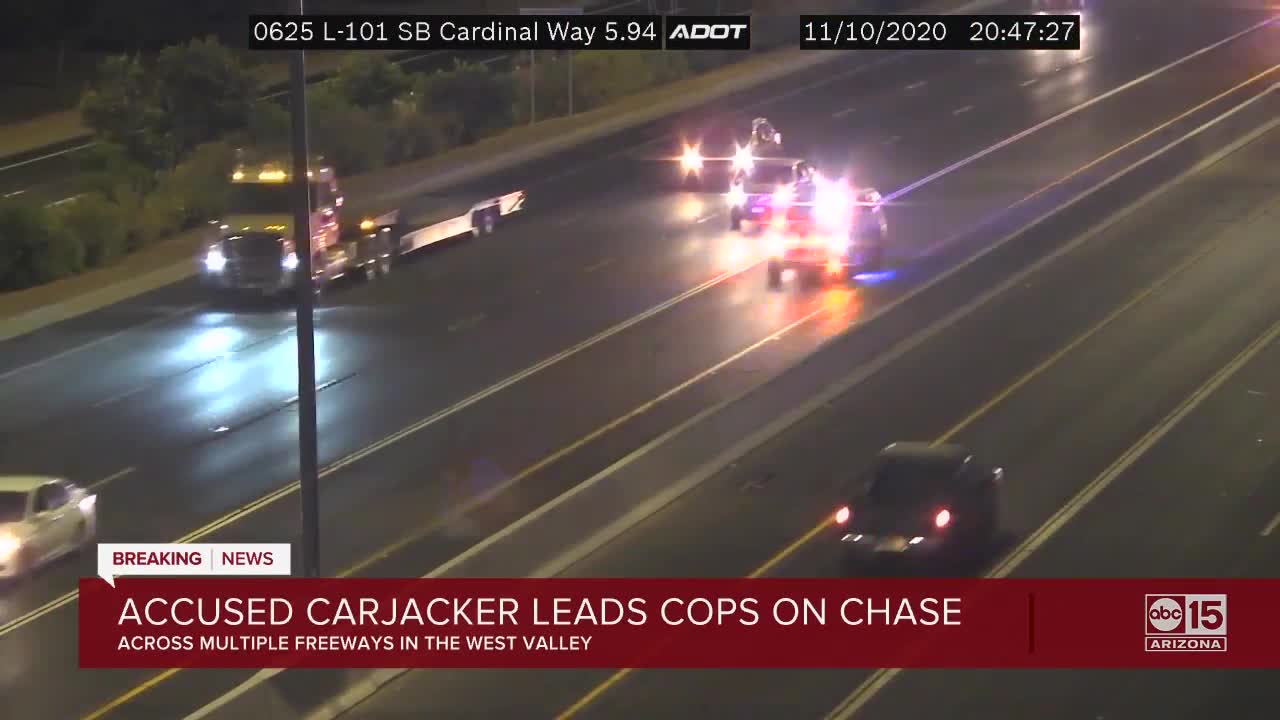 Chase was across multiple freeways in the west Valley. 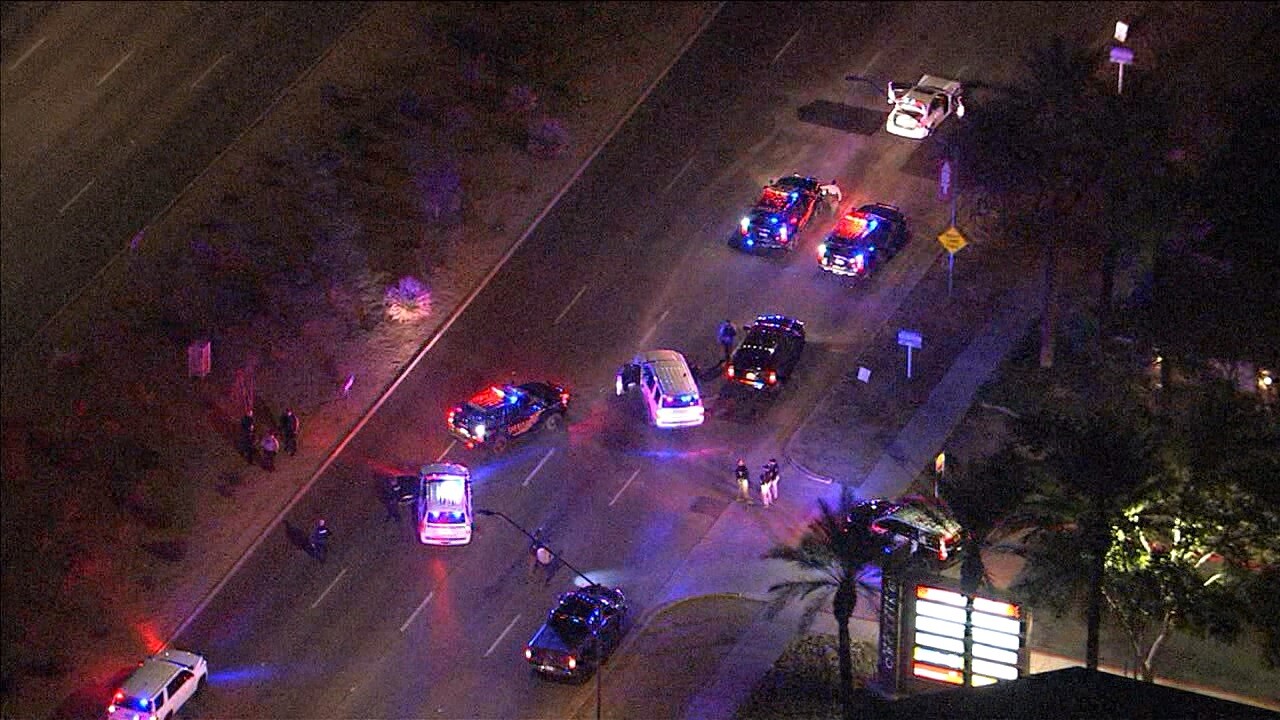 A suspect is in police custody after allegedly committing two armed robberies and a carjacking in the Valley Tuesday night.

Authorities say the suspect started with a robbery on the Salt River Indian Community and then committed another robbery at a hotel near Scottsdale and Indian Bend roads in Scottsdale.

Police say the suspect is believed to have pistol-whipped a woman in the head before stealing her car and fleeing the scene. Police say the woman was not seriously hurt during the incident.

Scottsdale police were able to locate the vehicle by GPS and asked Glendale officers to assist with stopping the vehicle and the driver.

Officers say the suspect and vehicle then fled towards Goodyear and continued to evade police. The suspect then continued on the North Loop 101 towards the area of 75th Avenue and West Bell Road which resulted in a rear-end collision with a separate victim.

The suspect then fled on foot south into Peoria and with the assistance of multiple agencies, he was placed in custody with a police K-9, authorities say.

Police have since identified the suspect as 19-year-old Quilon Ivory Dornel Lopez of Glendale. He was booked into jail on multiple charges including armed robbery, aggravated assault, kidnapping, vehicle theft, and unlawful flight.

Authorities say Goodyear police, the Maricopa County Sheriff's Office and other agencies are assisting with the investigation.