PD: 9-year-old boy dies after being struck by car near 36th Street and Thomas Road 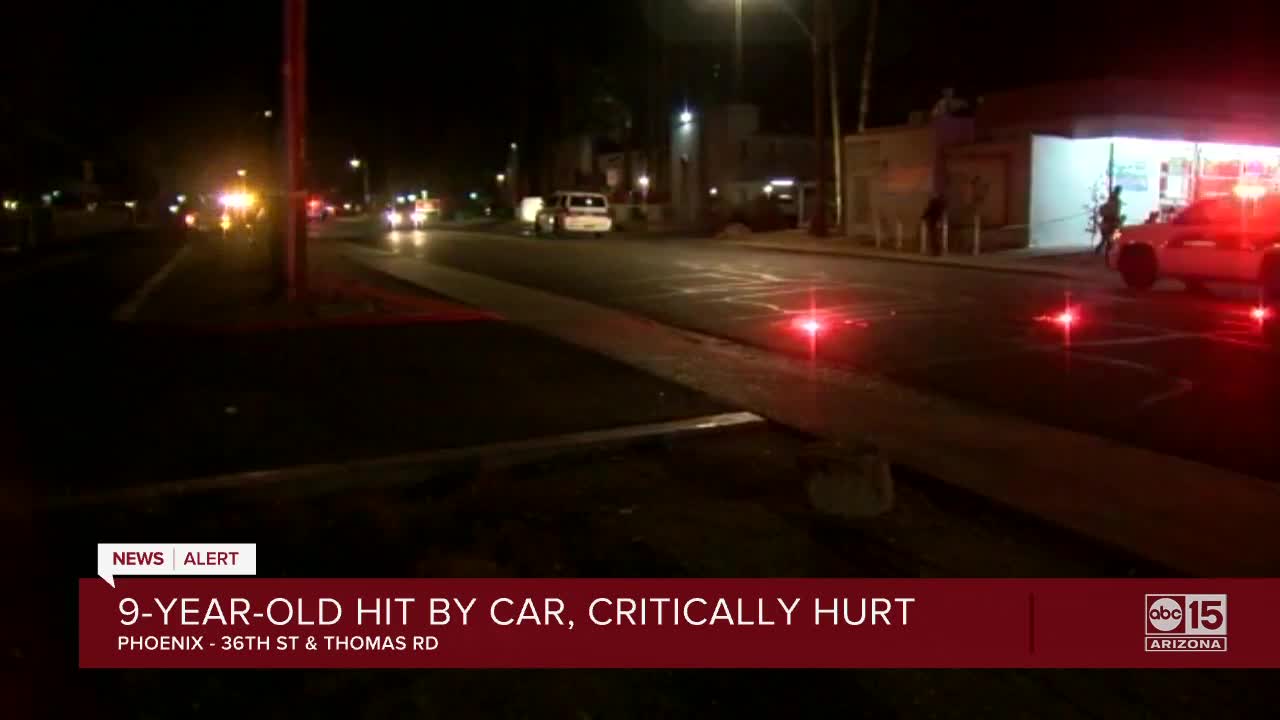 Boy injured after hit by car near 36th Street and Thomas Road in Phoenix. PHOENIX — Police say a 9-year-old boy has died after being struck by a car in Phoenix Tuesday night.

Officers responded to the scene near 36th Street and Thomas Road just before 6 p.m. after getting reports of a crash involving a car and young child.

Detectives on scene determined a vehicle traveling southbound on 36th Street struck the boy, later identified as Matthew Calles, who was not in a crosswalk, while he was trying to cross the street.

The boy was transported to the hospital with serious injuries, according to Phoenix Police Sgt. Ann Justus.

Justus says the driver of the car was not hurt and impairment does not appear to be a factor at this time.