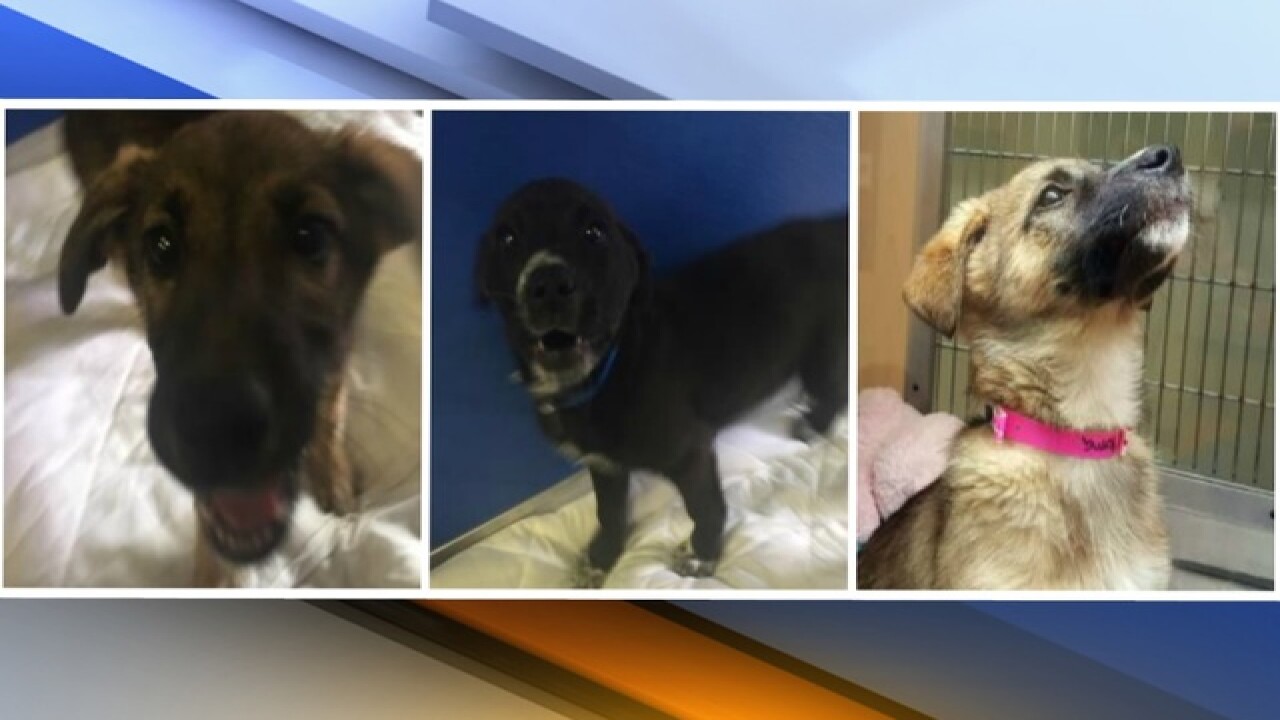 A scary and sad story ended on a happy note in Phoenix after three stolen puppies were safely located!

A public relations company that represents the shelter said the puppies were safely located on November 1st around 1 p.m. The animals were found near a canal in Phoenix around 40th and Van Buren streets.

A veterinarian did examine the animals and said the pups were all in good health.

The animals will be going up for adoption on Saturday at The Walk To Save Animals at Tempe Town Lake. The event starts at 8 a.m.

Are you ready to give these pups a good home?