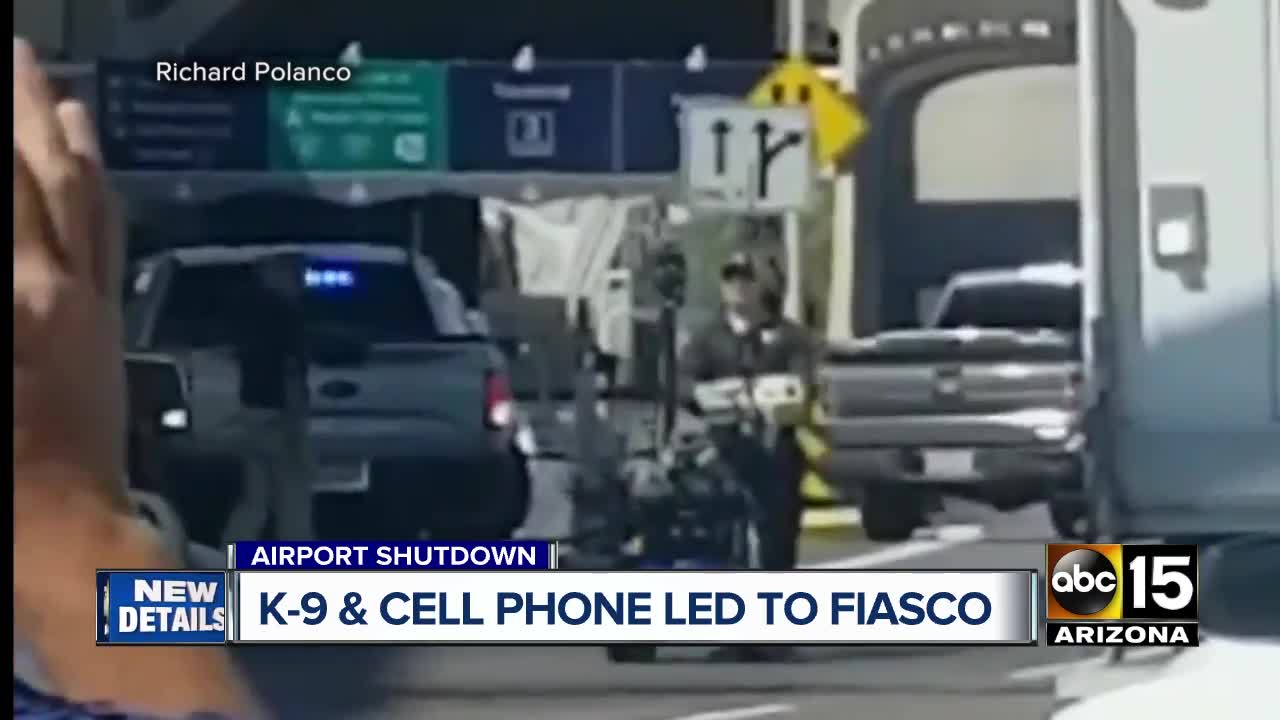 Sky Harbor Airport's Terminal 4 has reopened after a lengthy investigation into a rental vehicle that was left unattended Sunday morning. 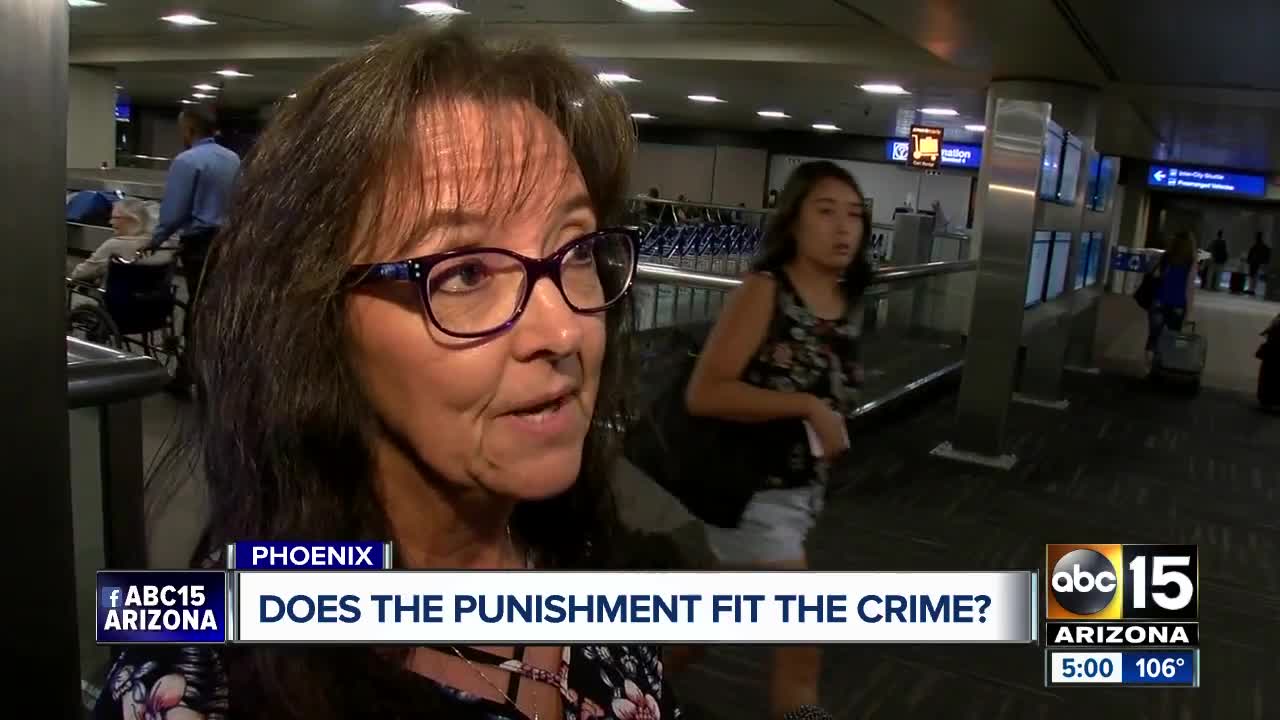 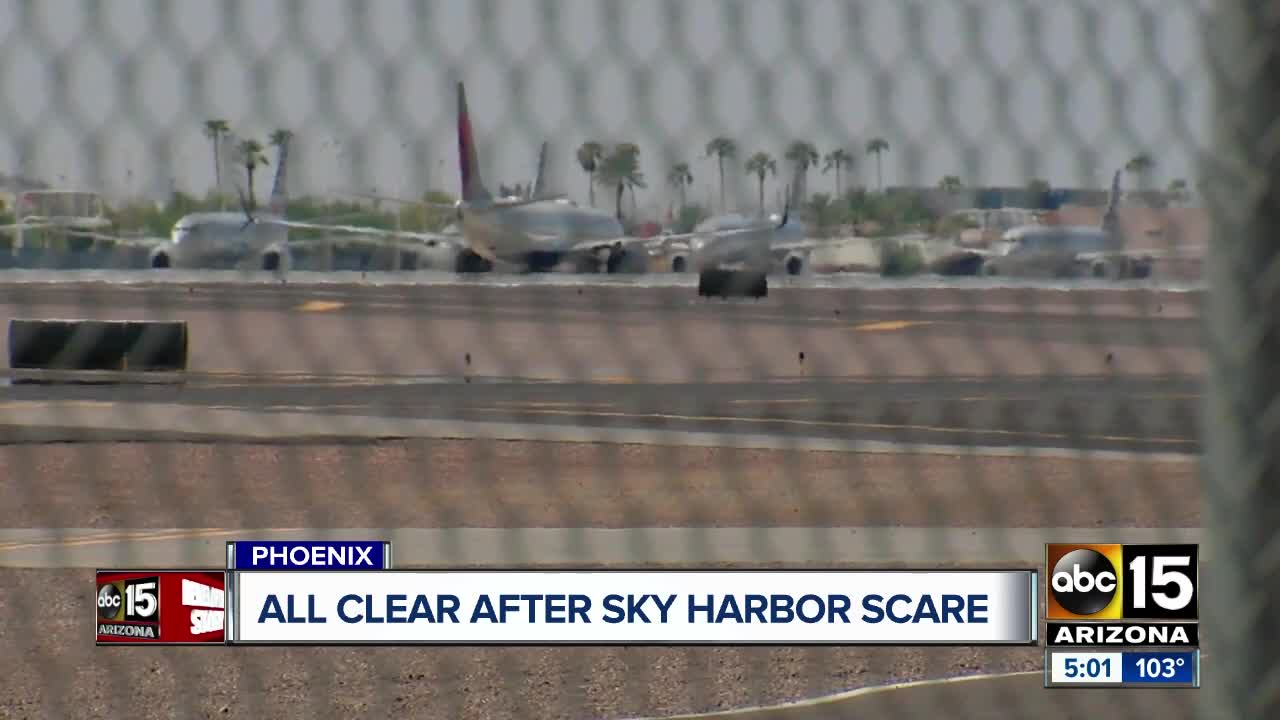 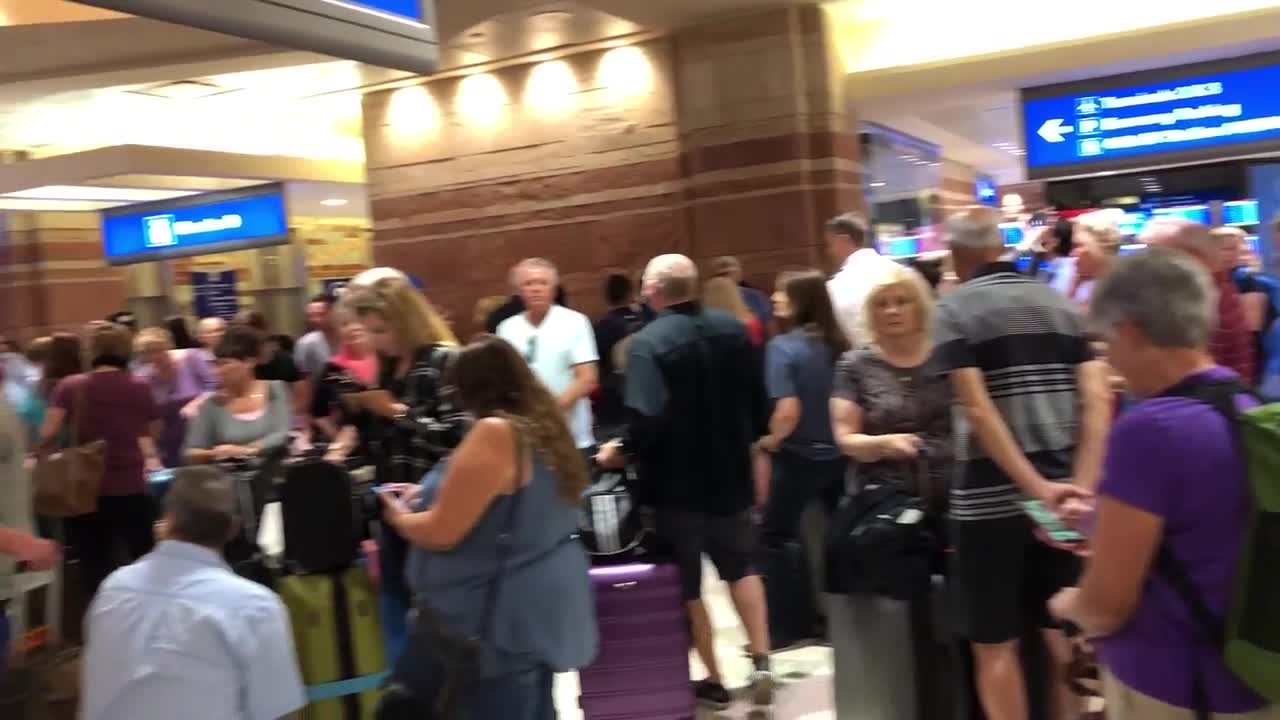 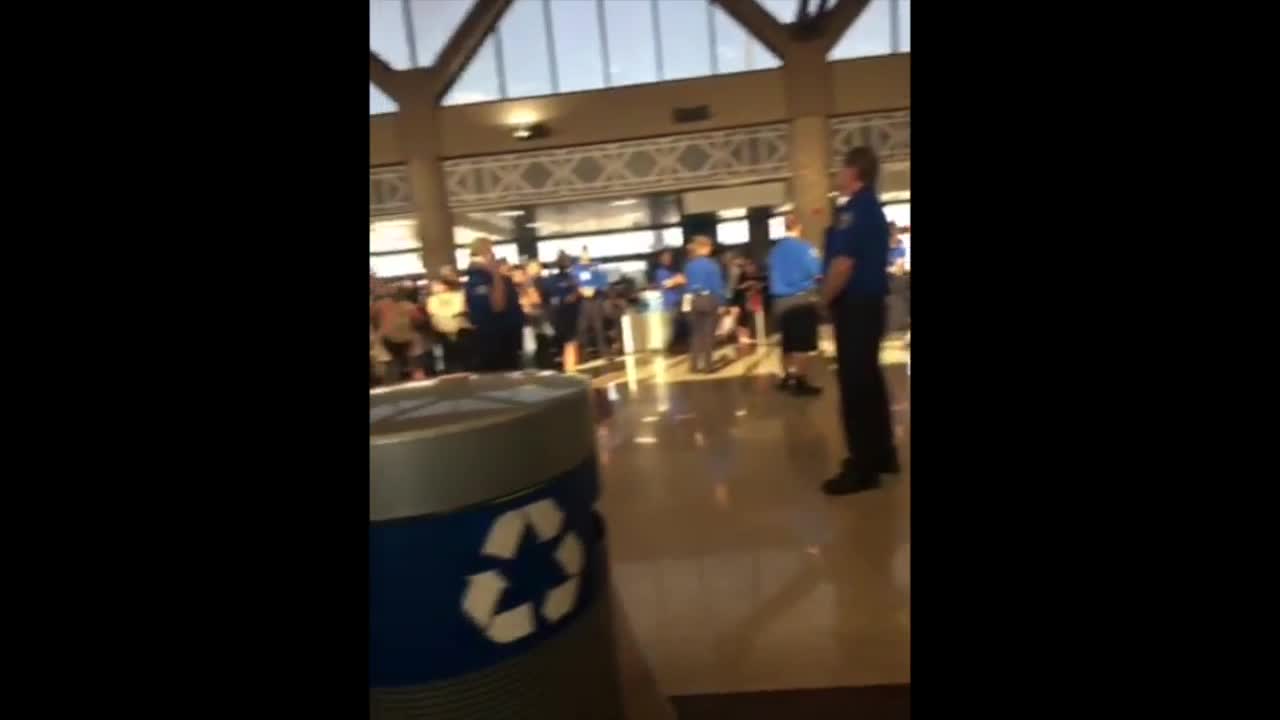 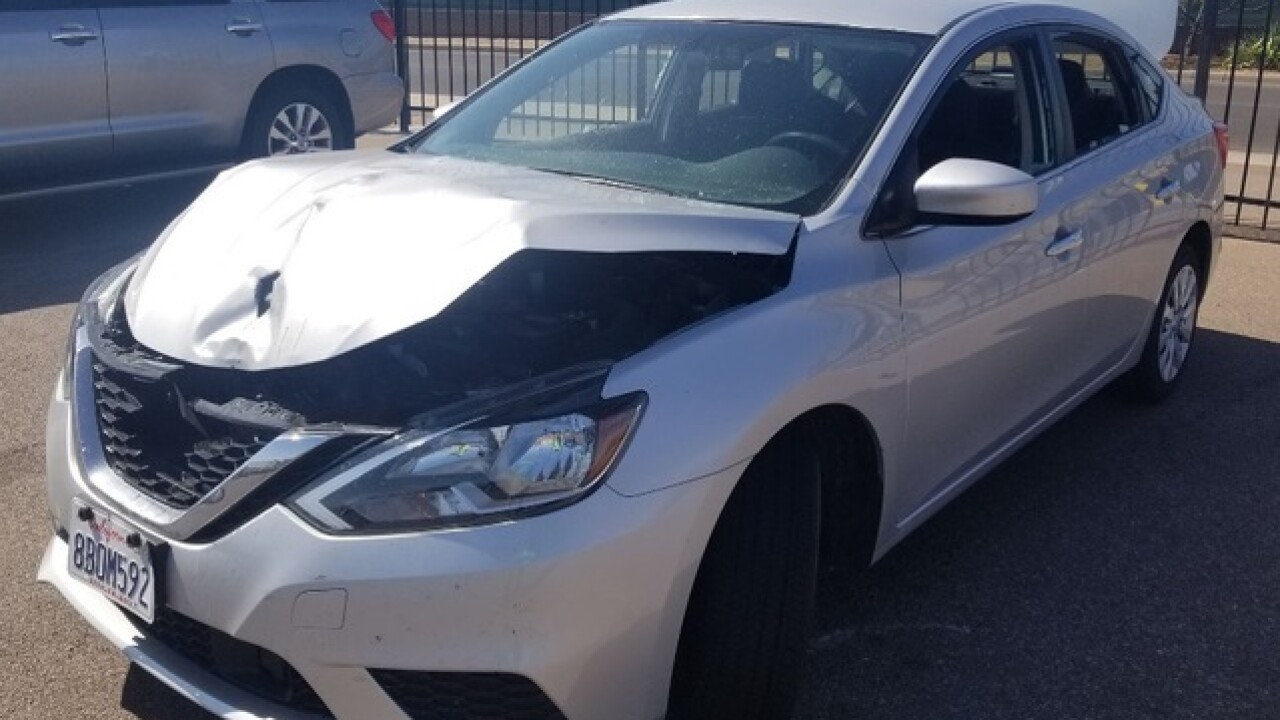 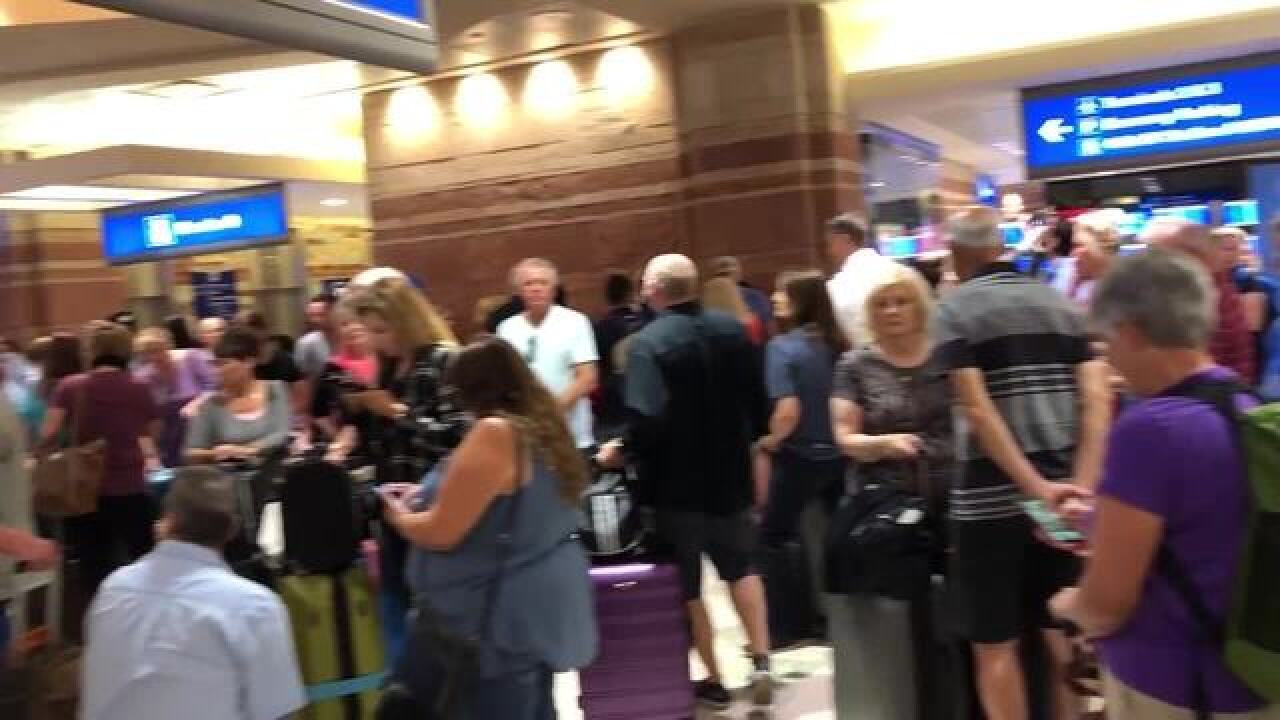 Sky Harbor Airport's Terminal 4 has reopened after a lengthy investigation into a rental vehicle that was left unattended Sunday morning.

According to Phoenix police Sgt. Tommy Thompson, the rental car was found in a no parking zone around 6:30 a.m. in a curb lane on the upper deck of Terminal 4.

A 26-year-old man was identified as the rental car driver. He dropped off a 19-year-old woman and abandoned his vehicle. The man reportedly went inside for about 30 to 40 minutes.

Airport security and employees noticed the abandoned vehicle, and since they could not get in touch with the driver, they called the Phoenix police bomb squad.

The man received a fine for violating Phoenix City Code 36-134.4, “Prohibited Parking per Sign or Red Curb." The fine was for $52.00 and the man will pay $75.00 in towing fees. No other charges are being sought.

Julie Rodriguez, with the Phoenix Aviation Department, said the pre-security area in the east side of the terminal was evacuated, and three of four security checkpoints had been closed.

Viewer video from inside the airport showed dozens of people packed at the terminal as they awaited updates on the situation. See viewer video in the player above.

Richard Polanco Junior gave the culprit a ride in his tow truck. Six hours earlier though, he was getting ready to tow the man's rental car. "Before I get backed up and completely connected to the car, [security] goes around it with a dog. And like I said, the dog sniffed something," said Polanco, who goes by Junior.

The bomb squad used robots (“non-human equipment”) to determine the car was not a bomb threat.

The robot was used to “bypass the locking system” to get into the trunk and under the hood, which police say are the two most common places for hidden explosives.

Junior said he tows multiple cars a day from the airport, and he has never seen a bomb-sniffing K-9 "hit" on a vehicle three times.

"The ten years I’ve been here at least, it’s never had anything like that," he said. "They set something off on each end of the car, to shake it and see if it exploded. So all the windows are blown out."

"[It] sucks to be that guy," said Junior. "They damaged that car pretty good and he is responsible for it."

Their short car ride together was not a joyous one.

"Overwhelmed, shocked, confused, all of it. He was shaking he didn’t know what was going on," he said, describing the guy who caused the massive airport shutdown. "He said [investigators] just kept asking the same questions over and over and over. 'What did you do? Why are you doing it? What do you have?'"

Junior says the man responsible swore to investigators that he just came to the airport to drop off his girlfriend and left the car unattended for so long to try and return something she left in his car.

"He had her phone, it’s the one thing he was trying to take to her," Junior said. Unlike thousands of others, she made her flight.

The airport says the damage has not yet been calculated but the impact on flights and commerce could be in the millions of dollars.