Owl rescued after getting hit, trapped in car’s front grille 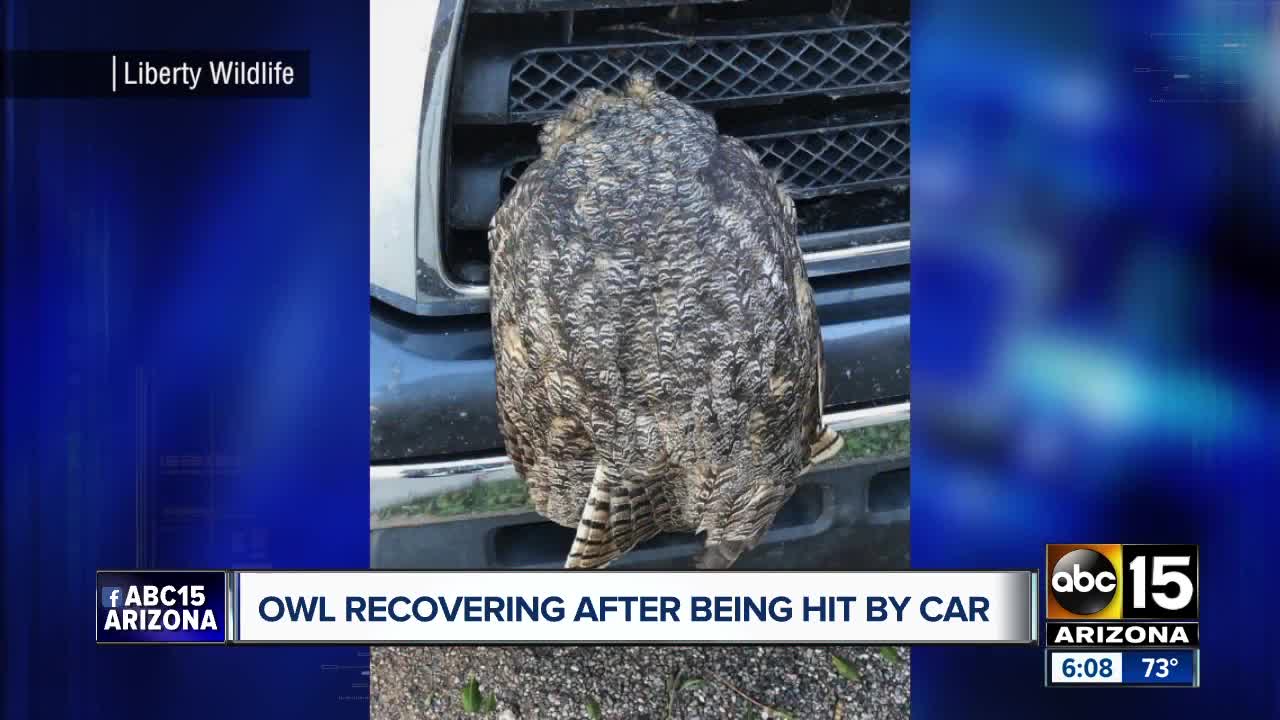 An owl is recovering after being hit by a car in in Phoenix after getting stuck in the vehicle's grille. 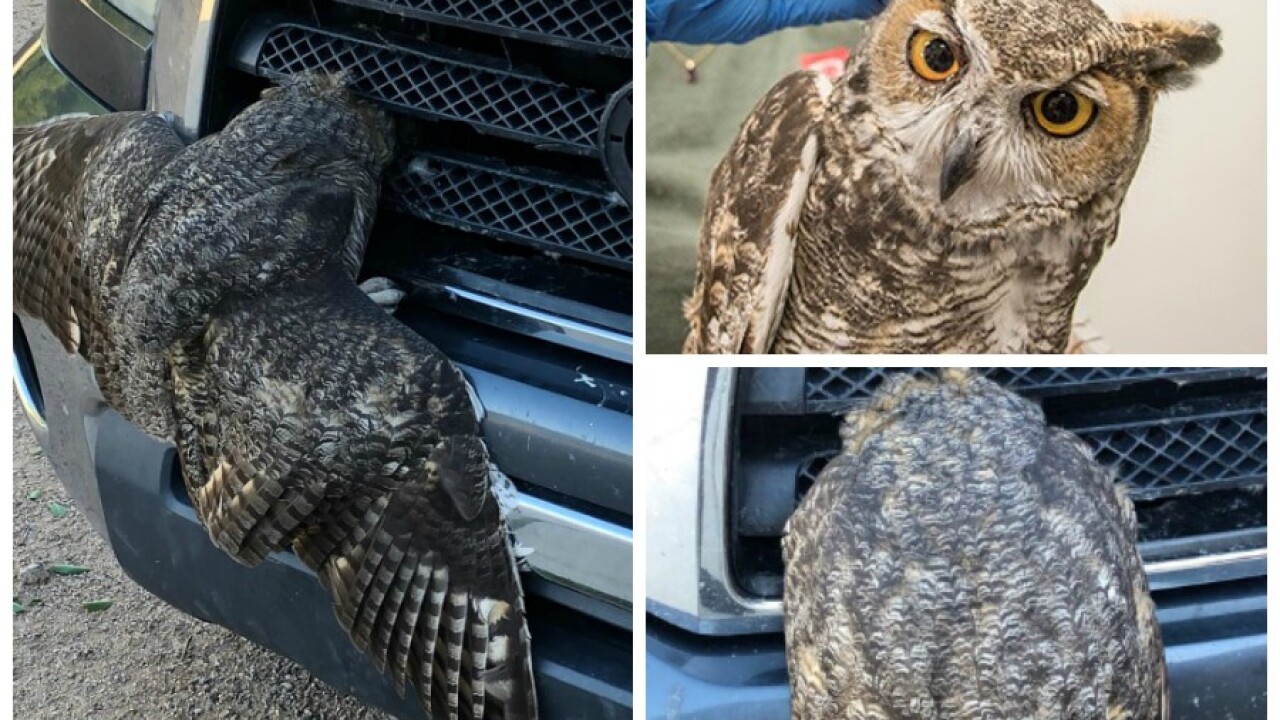 PHOENIX — A rescue says it took in an owl that was hit by a car in the Phoenix-area.

Liberty Wildlife says their rescue was called after a Phoenix resident said they accidentally hit an owl that flew in front of their vehicle Wednesday night. The driver said they were unable to free the owl, which had its head stuck in the front grille of the vehicle.

Rescuers responded and had to saw apart the car grille to free the owl. The owl was taken in by the rescue out of precaution to evaluate its condition.

The rescue, remarkably, says the owl is “bright, alert and responsive.”

The owl reportedly had a slight eye injury, but otherwise was generally unfazed, according to rescue officials.

Once the owl is given proper time to recover, Liberty Wildlife says it will be released back in the area where the incident happened, in hopes that it can reunite with any family.