One person shot, killed near 19th Avenue and Thomas Road 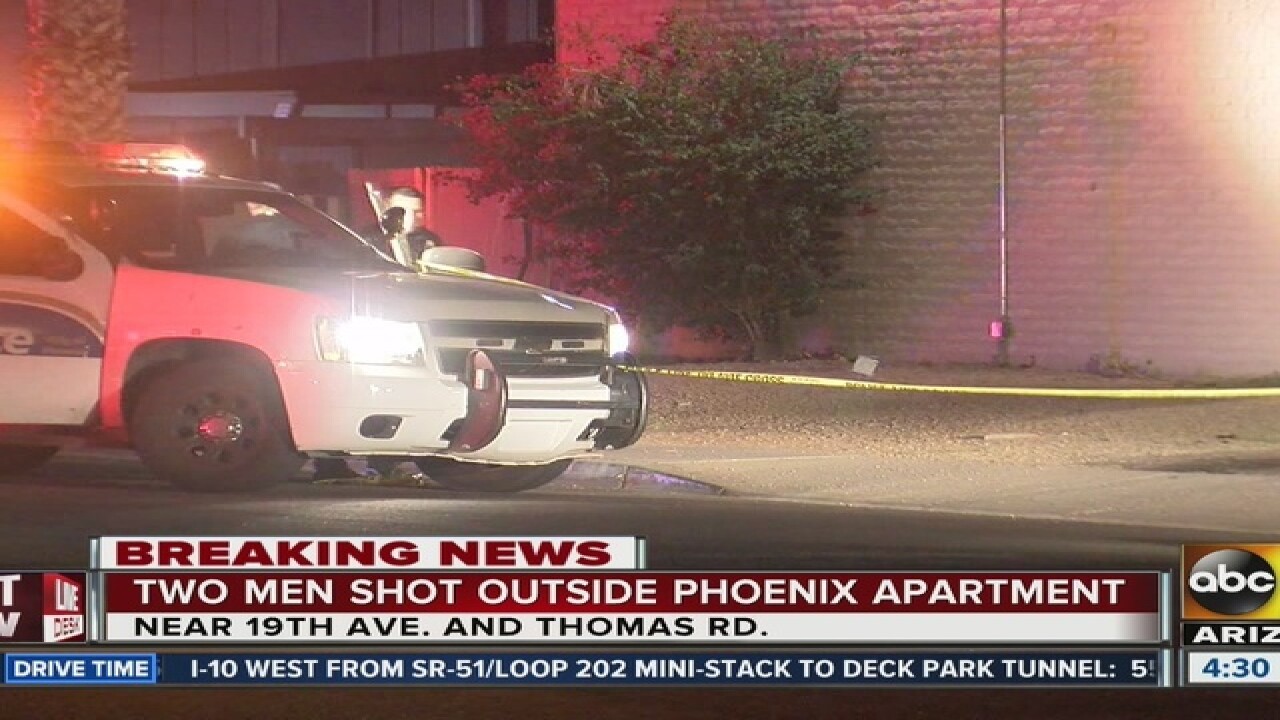 Police are investigating after a shooting that left one dead late Tuesday night.

According to the Phoenix Fire Department, one man was pronounced dead on scene after crews arrived shortly before 11 p.m. to a home near 19th Avenue and Thomas Road.

Police have identified the deceased as 46-year-old Roberto Carillo-Gonzales.

Witnesses reported seeing a white truck flee the scene after hearing 20 to 30 gunshots. Police were able to locate the vehicle at a nearby hospital and found a second male victim. Reports say the 36-year-old victim suffered a gunshot wound and is expected to survive.

Phoenix police believe the two parties agreed to meet at an agreed location before an argument broke out between them and shots were fired.

Stay with ABC15 for the latest.