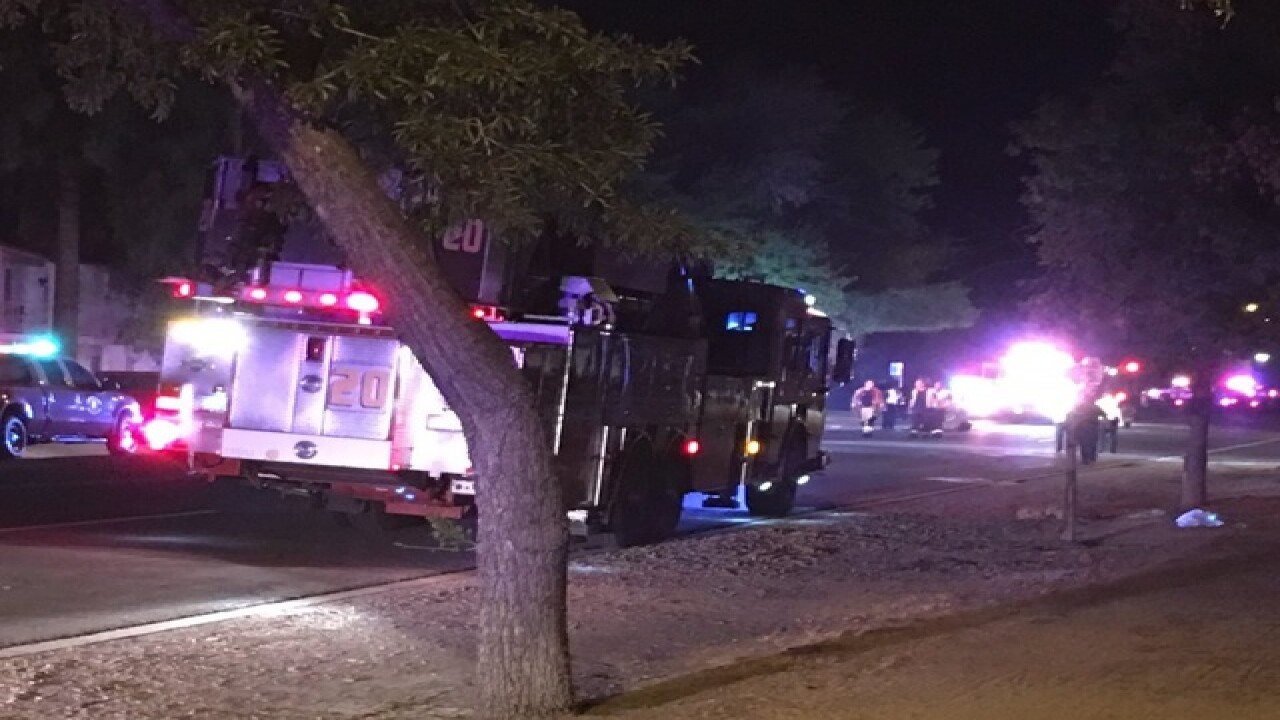 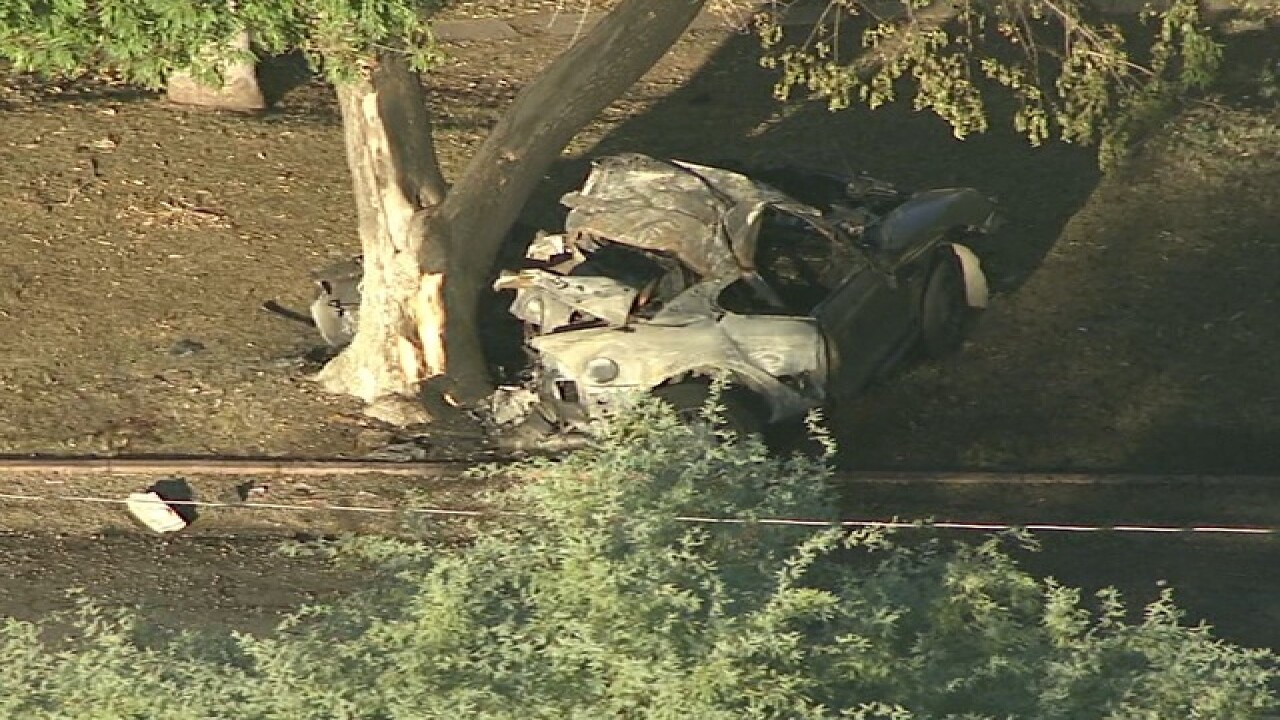 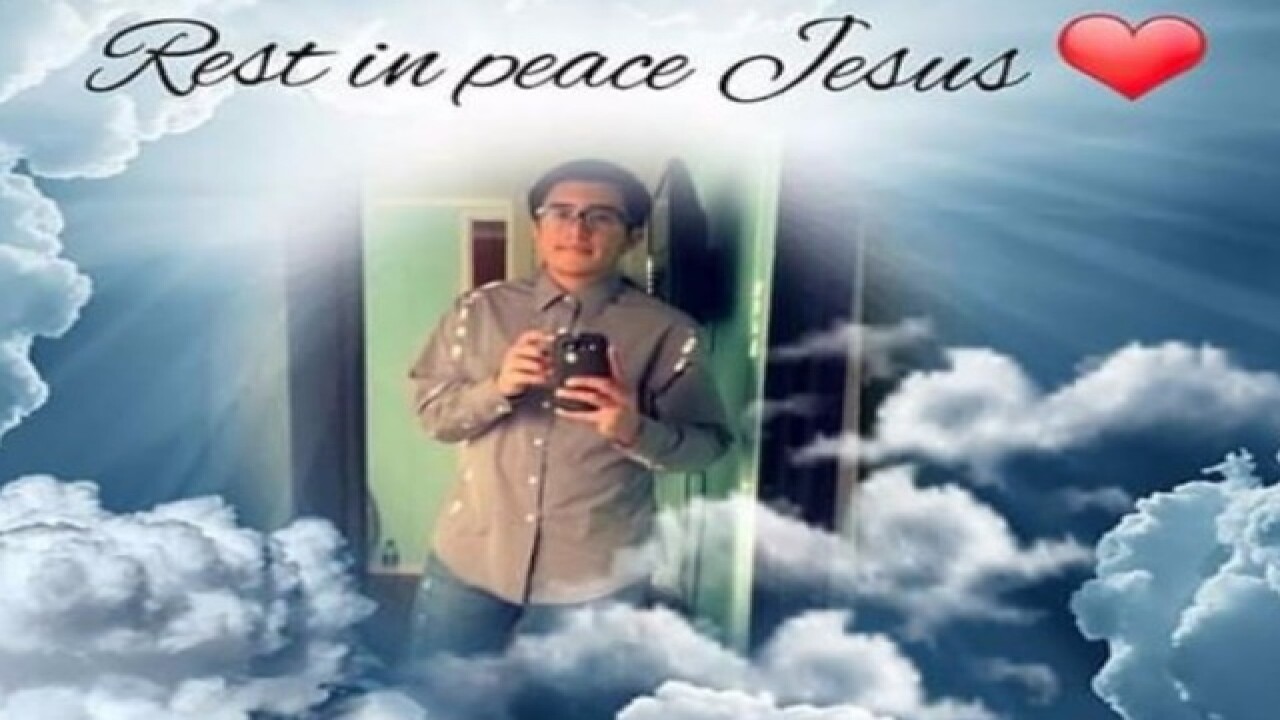 An apparent street race along a Phoenix road has left three people dead, according to police.

Phoenix police have identified the victims as 17-year-old Jesus Aguilar, 22-year-old Jessie Worth, and 18-year-old Marcos Agmayo-Aguilar. Aguilar and Worth were in one of the vehicles, with Agmayo-Aguilar in the second.

"He was my sister's first and only son,” Gerardo Aguilar, said of Jesus.

Jesus’s best friend Orion Johnson said that Jesus was known not to wear a seat belt.

“We've warned him about the things that happen out here,” Johnson said.

“I just wish he was a little bit more careful."

Police say the two vehicles were reportedly street racing before losing control. One car hit a wall on one side of Central Avenue, and the other slammed into a tree on the opposite side.

Rescue crews had to use high-power hydraulic tools to get to one of the trapped victims, Phoenix Fire officials say. The other two victims were thrown from the car that hit the tree and went up in flames.

"I saw three men rush toward the car. They pulled the bodies away. One put a fire extinguisher on the fire to keep the flames down," said Matthew Pimentol, who witnessed the aftermath of the crash.

A Phoenix Fire Department spokesperson says the official cause of the crash has not yet been determined.

"Speed and lack of seat belt usage" appear to be major factors in the deadly nature of the collision, police said Monday.

Residents in the area said street racing was a concern.

"We hear them a lot. Every week, almost every night. People do drag race down his end of Central," said Pimentol.

"At 80 miles an hour, we're talking about 120 feet per second, you're going to cross a football field in less than three seconds, maybe closer to two seconds. Reaction times mean nothing at that speed," said Sgt. Jonathan Howard, a police spokesman.

The cars were so badly damaged Howard said detectives had to look for hidden VIN numbers to identify the make and model of the vehicles.

"Street racing is never appropriate on the street; that's what race tracks are for. Unfortunately, three men learn a very hard lesson this morning," said Howard.

Some residents have been trying to get a signal or stop sign installed in the area, but have had no luck.

"We need something to slow people down. It's like a Grand Prix here. Everybody is just flying up and down this street," said John Spannagel, who lived just a few feet away from the crash.